Why won't Apple allow us to not upgrade to Big Sur without constant reminders?

Replace the System Preferences icon with an alias. I don’t know for certain that the alias won’t be badged, but I don’t think it will.

I can confirm that the alias is not badged on Mojave.

When I think about it Sys Prefs message could be contrary to Australian Consumer Law by using the word “upgrade” - for those of us who do not consider Catalina or Big Sur an improvement!

That’s the same window I get “up” here in the USoA. Except ours is “right-side up”. I see yours as “upside-down”… could be a display problem converting your south-of-the-equator image?

It might help if Apple would just add “Please”…

By the way, this subtle reminder is much less irritating than the reminder I get from Microsoft that Office 2016 is no longer supported.

What really bothered me was that my choices were to upgrade or learn more. I didn’t want to upgrade and I wasn’t going to learn more by clicking that button. I was relieved to find that I could open the Notification Center and close the popup from there. I just launched Word (which I very rarely do) and no popup appeared. I hope I haven’t jinxed myself.

Gosh I hope I haven’t jinxed myself.

Well, I did. Following a restart, the badge is on the icon in the dock and the icon in System Preferences. (And you can tell by the start of this post that I haven’t learned to keep my big keyboard shut.)

The upgrade to Catalina was so painful that I might never upgrade again. It was like a time warp to 25 years ago where I had to rebuild my mac every day

Turns out this is possible, but only for Macs enrolled in MDM. I don’t know if there’s a way to simulate this for an individual’s Mac.

Preventing the macOS Big Sur upgrade advertisement from appearing in the...

Not yet ready for macOS Big Sur in your environment, but you’ve trained your folks to look at the Software Update preference pane to see if there’s available updates? One of the ways Ap…

Interesting. Will try it when the update appears. Possibly tonight?

What I don’t know is how you’ll enroll your Mac in MDM. That’s the prerequisite.

Apparently this MDM is only for iPhones and iPads if I read Apple’s documentation correctly. There is a whole big document on the Apple Site about it.

Then there is this message from Terminal:

Software Update can only ignore updates that are eligible for installation.
If the label provided to ignore is not in the above list, it is not eligible to be ignored.
Ignoring software updates is deprecated.
The ability to ignore individual updates will be removed in a future release of macOS.
johngregoryturner@JohnGregorys-iMac ~ %

Apparently this MDM is only for iPhones and iPads if I read Apple’s documentation correctly.

No, that’s not true. MDM is used for managing Macs in large organizations, with solutions like Jamf Pro, Addigy, Mosyle, Kandji, FileWave, and so on.

The closest I can think of to a personal-level solution at the moment would be Jamf Now, which is $2 per month per device. 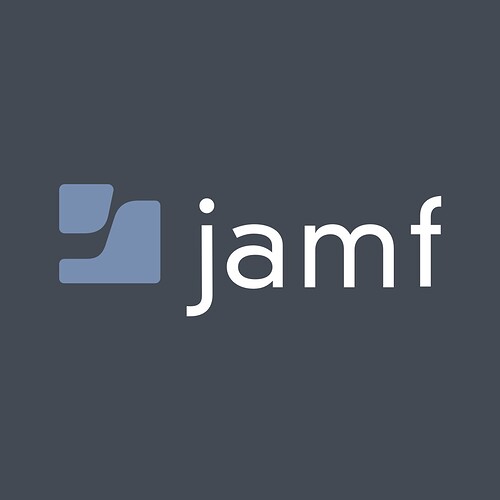 Make your Mac, iPhone and iPad management and device setup fast and easy, so you can spend your time doing other work. Learn more about our Jamf Now solutions.

In general, MDM falls into the category of “If you don’t understand it, don’t mess with it.” I think you’d be better off just taking System Preferences off your Dock or making an alias like I suggested before.

MDM seems possible for all Apple products(?). But there are Big League conditions and I do not fit into them. I am finished with this discussion as it seem to have no resolution except to be very careful if you do not want to update to Big Sur to not turn on auto-update. The Red Badge is going to appear as will the reminders. I have gotten two reminders since 4PM.

I have a small script in my local bin folder.

I can’t remember where I found the clues for that but I run it whenever a “nudge” appears in the Dock. I call it:

Granted, I’m still (happily) running Mojave on my workhorse iMac, and High Sierra on my laptop. I have zero plans to upgrade either. I’ve long since lost interest in Apple’s annual merry-go-round, not to mention the small circus that flows from that - Parallels updates anyone?

Lagging behind by several years = a quiet, happy life.

In fact, I’m so utterly sick-to-death of the constant iDevice nagging that my next phone and tablet will not be made by Apple. I’ve been a card-carrying Apple user and spruiker for over 30 years. “Any colour so long as it’s Cupertino”. But the corporate arrogance has finally crossed my line in the sand.

Replace the System Preferences icon with an alias.

This is an awesome piece of advice. Can’t believe it took the internet so long to come up with such a simple trick to get around Apple’s nagging. Thank you, @ace!

[Disclaimer: I realize this also removes badges you might want to know about, but at this point, whatever.

Well, I opened my iMac this morning only to discover I will have a constant nag in the System Preferences that I have an upgrade available - I find their constant reminders when the means of delivery was through the App Store that drove me crazy - like those always present ads in the browser that remind me of every item I looked at in favorite sites I visited.

Come on Apple. I love your products and have bought them for years so I’m old enough to make my own decisions - admittedly perhaps too old to remember what my decisions were… Where were you when my kids were teens and I needed someone to nag them??? groan

Will @pmk.46j06 script work in Catalina? It will be so valuable if it does!

I have a small script in my local bin folder.

I don’t find a ~/bin directory. Did you create it or am I looking in the wrong place? Would the script also stop notifications about security updates? Thanks.

@Will_M, just put it into /usr/local/bin. That should be in your $PATH so as soon as it’s in there, it will be picked up.

Thanks, @Simon. Since it has been so long since I have done unix things, let me make sure I’m doing this correctly. In Terminal, I typed cd /usr/local/bin and was told it doesn’t exist. Intrigued, I typed env and one of the lines had PATH=/usr/local/bin:/usr/bin:/bin:/usr/sbin:/sbin. Does that mean that I could mkdir bin while in /usr/local and put the script there? (/usr/local does exist; ls returns one item, remotedesktop.) Thanks for the help. (I used to know this stuff.)

Yes. That’s exactly what it means. If you want a blow by blow, launch Terminal and:

The $ is a convention meaning “this is what you type at the prompt”. You don’t type the "$ ", just what comes after, finishing with a RETURN.

In order, “cd” with no parameters says “go to home directory”, then you create the bin directory, then “go into” the directory. The last command causes the folder to open in Finder.

Now, use a text editor to create my small script via copy (from earlier in this web page) and paste (into the text editor). Save-as into the bin folder, giving it any name you like if you don’t like shut_the_hell_up_about_catalina. If your text editor adds an extension like .txt then you can use the Finder to get rid of it.

Finally, back in Terminal:

which adds “execute” permission. Then you should be able to type:

Because of shell auto-completion, you will probably be able to just type shut_ and hit TAB to have the rest of the command appear before you press RETURN. Expect a small “flash” on your screen as the Dock goes away and re-launches.

As to whether it works on Catalina, it runs OK (does no harm) but I have no idea whether it will also “shut the hell up about Big Sur”. It all depends on whether it still respects that AttentionPrefBundleIDs key.

Postscript. To be clear, you **could** put the script into `/usr/local/bin`. If that folder is not there already, you'll need to create it:

You need to be logged-in as an administrator to do this (which is how most personally-owned Macs are set up by default). Then, the first sudo command will prompt for your administrator password and give you some waffle about being careful. The second sudo won’t re-prompt because it remembers the answer from before (but only for something like 15 minutes). Anyway, these commands just create the folder and give it the correct permissions, after which you can put the script into that folder as before.

If you install the script in a bin folder in your home directory but it doesn’t work because it isn’t in your PATH, the simplest way to get past the problem is: