Apple has updated all its operating systems to fix bugs and block security vulnerabilities that are actively being exploited in the wild.

My iPhone 8+ had begun burning up its battery much faster, and I attributed it to a reprise of a problem battery I needed replaced less than a year ago. I was glad to see that this download will also correct a battery problem.

Still no update past 11.6.5 that I can see, for those of us still on Big Sur. I wish they would just release these things all at once.

I wish they would just release these things all at once.

They almost always do, which leads me to believe that there won’t be an update for Catalina and Big Sur this time, either because the vulnerabilities identified in Monterey were only present in Monterey or they just didn’t feel they had the time to provide it to prior macOSs. I’m leaning toward the first guess on this one.

Has anyone with an Apple silicon (M1) based Mac experienced problems with launching Intel-only apps like Microsoft Teams, Amazon Kindle, or Logitech Options after the macOS 12.3.1 Monterey update? All of the above immediately crashed on launch for me, with the crash report indicating a Rosetta error of “attachment of code signature supplement failed: 1”.

Searching the web for this error yielded the suggestion to reinstall Rosetta via the terminal command “softwareupdate --install-rosetta” and rebooting, but this did not fix it for me. However, reinstalling these apps individually did fix the problem.

It’s a miracle, it’s a miracle - Apple issuing an update to address a Homekit bug with HomepodOS!
So there is actually a section (person?) within Apple working on Homekit. I just have to hope that this update does not break something else - so far so good.
It has bugged me for years that Apple Discussions doesn’t have a thread for Homekit so users can try to resolve issues. We mostly have to use the Homepod thread.
On a related matter I recently replaced some old Wemo power outlets with Cygnett ones. They don’t need a bridge (I found I needed to reboot the Wemo bridge regularly) and are very simple to install from the Home app - just scan the QR code on the side of the device and they join Homekit. No need to use the Cygnett app other than to use its power consumption monitoring feature.

My HomePod (4 years old) was bricked by the latest software update. I contacted Apple support, and after an hour of trouble shooting, and escalating one level up, there was no fix. I tried doing a factory reset, but the red light kept going around and around, and nothing happened. The support person was also stumped. The said it was out of warranty, and the repair cost would be $329 (!), more than the original cost! He also said three he knew of three other HomePods that had been bricked in the past week. I said I felt this was due to faulty software, and charging such a huge amount for fix was not reasonable (if they still sold them, I’d just get a new one, since I love the audio quality). He said he’d check whether they could do something better for me, and will get back to me. Haven’t heard back yet, but he did say it would be a few days.

Ouch! That sucks, and do let us know how Apple resolves it.

Escalate, escalate, escalate. I find that Apple will do the right thing, almost always, when asked, though that often means repeatedly. I recently had a refurb MBAir go awol, as in never arrive after weeks post-delivery date. I had to ask repeatedly but eventually they offered $100 discount, an Incase shell and then, when it STILL didn’t arrive, they sent a new one. (non-refurb, not that it matters.)

Absolutely, please report back on how they resolve.

A few very lucky people report that their bricked Homepods came back to life after being unplugged for days or months:

BTW the update went OK for my three OG Homepods.

I’ve yet to upgrade from Apple network devices. Airport Extreme and Airport Expresses. The later are set up both wired and wireless, depending upon the device and its location.

For the later, I have them connected to three tuner/amps so as to be able to stream music around the house.

There are a couple of music web streams I like, HotelCostes.com and RadioactiveFM.gr.

Prior to the 15.4.1 upgrade on an 8+, I was able to stream music from either of these two sites, using either Chrome or Safari, to the tuner/amp-connected AirPort Expresses.

I have an iPhone 6+ running iOS 12.5.5. That set up streams perfectly to the two devices the upgraded 8+ is unable to stream to.

It appears that Apple ‘broke’ the ability to stream. I suspect this might be to steer customers to Apple Music, which will stream, as will Spotify.

In Apple Discussions there are reports of Airplay problems after recent iOS updates. The unacceptable “solution” is that the app developers need to update their apps - Apple won’t fix it.

Since downloading 15.4.1 on the day it appeared, my iPhone battery has never been worse.

I searched the Internet for conformation of this performance and found the following article: 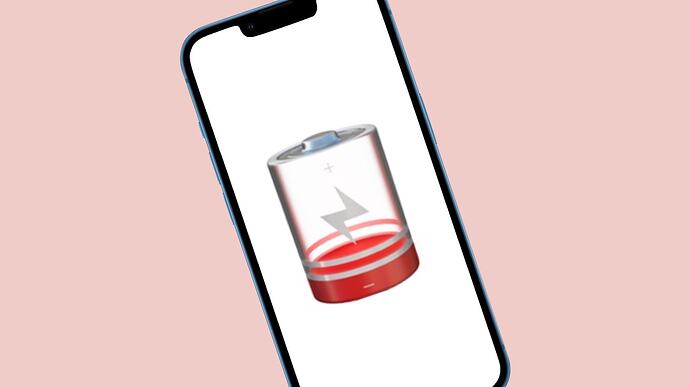 Benchmark testing of nine different iPhone models shows that less than half of them experienced any improvement to battery life from the recent iOS 15.4.1

Just taking one photo dropped my battery by 4%!

I bought an iPhone 13 mini today and while in the Apple store had an engineer check out my old iPhone SE. He confirmed there was nothing wrong with it (using an adjacent iPad to check it) and I had a green pass on every item . So I said to him “Then it was the 15.4.1 download that did it.” He demurred.

It’s impossible for us to diagnose a problem like this in a discussion thread, but I read reports similar to yours after every iOS update. It never affects everybody, but there is always someone who reports severe battery problems after an update.

I’ve never gotten a good answer about why, but my working theory is that it is one or both of:

In your case, your phone is 6 years old. If you have never had the battery replaced, then I suspect you’ve hit the second of my cases. I think you’ve been running on borrowed time long before this update if you’ve got a 6 year old battery. I would ignore the 91% health indicator - that number doesn’t seem to mean anything useful.

If you plan on continuing to use this phone (I don’t know about that, since you said you just got a new 13 mini), then I would recommend paying Apple for a battery replacement. An out-of-warranty battery replacement for an SE costs $50, which I consider to be quite reasonable.

Looks like macOS 12.3.1 also fixes a bug related to two monitors not appearing on a MacBook Pro:

This morning, after upgrading to macOS 12.3 on my MacBook Pro 2020, one of my two external monitors no longer displays. It also does not show up in the monitors section of the system preferences. Both of these motors are LG HDR 4K’s and are connected to the laptop via CalDigit USB-C Pro Dock with DVI cables The left monitor was assigned as the primary monitor and It is the one that no longer works. If I unplug the monitor and plug it back in, the display shows a backlight but then says no sig…

Yes, thankfully. I suspected as much.

This article from Intego talks about how these vulnerabilities have still not been patched for Big Sur. 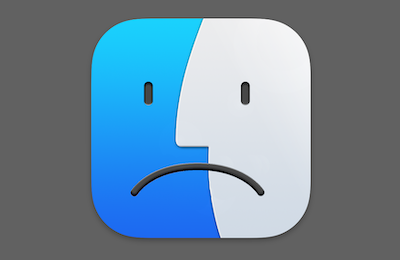 Apple has chosen to leave Big Sur and Catalina (around 35 to 40 percent of all Macs) in danger of actively exploited vulnerabilities that have only been patched for macOS Monterey.

“He demurred”. They demur like nobody’s business, right? Whenever you (rarely) encounter an Appleoid who allows that something

may have been done in less than ideal fashion, it’s always refreshing.

How low does battery health have to go before replacement under AppleCare?

This article from Intego talks about how these vulnerabilities have still not been patched for Big Sur.

and Catalina and iOS 14 for one of them plus a history of many other vulnerabilities that apparently never got patched in OSs that were still eligible.

How low does battery health have to go before replacement under AppleCare?

Apple says that batteries in iPhones are designed to have 80% battery health within 500 full charge cycles, and generally will not do a replacement under warranty (e.g., for no cost) until maximum capacity is below 80%, but that’s not always true - if you have obvious physical damage (swelling) or the battery fails their diagnostics, they’ll replace it, even if reported battery health is above 80%.

You can always pay them to do a battery replacement though.