What do you do with a surplus Mac?

So I replaced my trusty Late 2013 27" iMac (16GB/1TB Fusion) with a new MBP M1 Pro. Now I have a perfectly capable extra machine, except it can’t upgrade past Catalina. Apple will (at the moment) give me a $300 gift card for it. That may be the way I go, but I thought I’d throw the question out to the group, to be sure I’m not missing an opportunity I hadn’t thought of. I have a background in IT, so setting up a server of one sort or another is not a daunting challenge. Any other suggestions welcome too.

No idea how much such an old iMac will still get you, depends also on the condition, but you might as well check these guys out.

Let go of a computer? Heresy! I’d put mojave or earlier on it and use it to run older software if there’s any chance that you have data files that didn’t get converted to new formats over the years. For that it can live in a closet if table space is short. If there’s room to keep it running but not a convenient space, you can access it with screen sharing. Older macs are great for running a file server, including attaching a big hard disk to do remote backups with CCC or Chronosync. iTunes home sharing–you can keep a local music library separate from Apple Music so apple can’t mess with it. Serving videos, ripping DVDs so you don’t have to clog your main computer with that. During heating season, run one of the distributed computing projects such as folding@home.

Still having lots of fun with a luxo lamp imac running ppc tiger/classic. That system really does Just Work for the most part. (I miss quick look though.)

What are the best things to do with old hardware? TidBITS Talk

I got an interesting email from a reader suggesting an article topic, but I’m not sure what I would write at this point. He noted that he, like many of us, has an increasingly large pile of largely serviceable hardware. For various reasons, I’ve been interacting with my own stash of old Macs (many of which are sadly not functional), hard drives, extra keyboards, a snake pit of cables (ADB and SCSI, woo!), and so on. What are the best things to do with all this gear? Some things that come to min…

Thanks, @foo. I thought for sure this topic had already been done, but couldn’t find it on a search, or in the “similar topics” suggestions Discord provides.

[Please keep the ChronoSync and ransomware discussion in the other thread. -Adam]

The Museum Of Printing in Haverhill, MA features a collection of Macs. They could be interested if you decide you won’t have any use for your old one:

My late-2012 27-inch iMac is now in a secondary service role. But unlike its late-00s predecessor, which unceremoniously blew an internal component that Apple couldn’t or wouldn’t fix (though they graciously diagnosed it at an Apple Store for free), it is still going strong. I configured it using “middle of the road” principles (the middle option for processor and graphics card, and minimal RAM which I promptly upgraded to 32 GB), and added a 1TB SSD about 5 years ago. It is still running MacOS High Sierra, and will until I have no further need for the Adobe CS6 (!) suite, which still runs quite happily on it.

My two big uses for a Mac that I might have otherwise consigned or junked are:

It was also serving music to our now-ancient Squeezebox players, which are the same vintage as the iMac, but those have not been as happy even though Logitech has been still pushing out Logitech Media Server software updates.

What we think of as “outmoded” may still be useful in this era. Eventually, Intel processors will be out of Macs completely and neither of the major applications for this machine are so compelling that I would bother to have it repaired if some major part fails. But at that point, I’m picturing I’ll be on some form of Mac with an Mx processor and my now-current 2019 Retina 5K 27-inch iMac, with RAM and discrete graphics that screams through video production, will take the 2012 machine’s place and it will be time to find responsible disposal options for it. 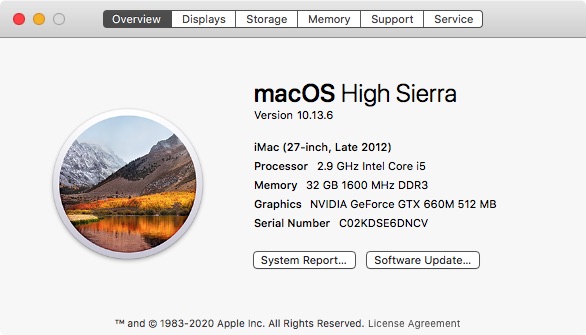 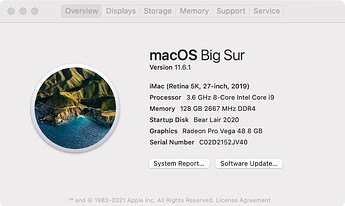 Some people collect old hardware that is still perfectly good and repurpose it (donations, backup machines, etc.) As a freelance IT guy, I do this for clients.

In my experience the offers from Apple are often quite low. In a handful of cases when I helped clients to shift old hardware we usually got a third more by selling it privately, If no local ads are available, even selling it via eBay yielded a lot more.
Mind you, this is an experience from the UK.

How recently have you done that? In the past, Apple’s trade-in values were so low that it made sense to sell privately, but the past few times, I’ve found the difference wasn’t large enough to make it worth going through the hassle of selling the items on eBay, at least in the US.

This comes as no surprise. Similarly, selling a car to a dealer will never yield as much as a private sale.

The reason is because with a private sale, the buyer is probably going to be the end-user. When you sell to a dealer, the dealer will in-turn sell it to an end-user and they need to make a profit.

It gets a little more complicated if the dealer (of cars or computers) repairs/refurbishes it and resells it with a warranty (costs more to do the repair, but can net a higher final sale price), but the general idea remains.

The only time you’re going to get a really great deal (e.g. when Verizon is paying hundreds of dollars to trade-in an old broken phone) is when the dealer is using it as a way to generate a larger profit elsewhere (e.g. requiring you upgrade to a newer and more expensive contract) and the condition is for something you were planning to do anyway.

Since I tend to move up to the latest equipment every 2 to 4 years, my old equipment will usually be quite useful for several generations of updates. I usually sell the equipment to non-household family or friends and use the price quotes from Apple or Sell Your Mac as the ‘sales’ price to those folks. In recent years, I have found the quote from Apple to be close to or better than Sell Your Mac. I think that the reason that is that the currency for the Apple trade-in is a limited currency (Apple Store Credits) rather than dollars or other government currency. If you plan to buy more stuff from Apple, it’s a good deal, but if you usually work with other retailers, not so much.

For me the bottom line is SYM gives me $ I can use anywhere. Apple gives me their own private currency I can only use with them.

In the past, Apple’s trade-in values were so low that it made sense to sell privately, but the past few times, I’ve found the difference wasn’t large enough to make it worth going through the hassle of selling the items on eBay

I agree! I just traded in my first-gen “touchbook” (2016 MBP, the first with the Touch Bar) through Apple and was very pleased with the $ amount I got. While the laptop worked for one of my secondary uses, it had many problems:

I used an external keyboard and trackpad with it, so I hadn’t had keyboard problems, but I felt guilty giving this to a relative or selling it cheap to someone who’d probably run into hardware problems. Yet it also didn’t seem right to just trash it since it still worked and (with some limits) it’s a powerful computer.

I thought for sure once Apple received it they’d lower their estimate and I was prepared to accept much less, but they gave me the full amount. Yes, it’s store credit, so I can only use it for Apple stuff, but that’s not really a problem since I seem to have no trouble giving Apple money!

I am upgrading my MacPro 2010 to Big Sur from Catalina these days. The last Apple supported OS was Mojave. Have a look at this Open Source project https://dortania.github.io/OpenCore-Legacy-Patcher/ Your mac can be upgraded to newest OS including all security updates.

Me as well…my 2015 rMBP was traded to Apple as part of my new M1 MBP…Apple offered $530 for it which was more than eBay or Craigslist and I had no selling issues. Battery is just 2 or 3 years old as it was recall replaced…but the space bar and a half dozen of the keys were worn completely down to the clear base. 32GB and 512 GB SSD. I figured they would lower the offer on receipt of it but got the note Fridaynthat they were paying the full amount…plenty fair IMO.

Jeff, I run Serviio as a media server on a 2013 iMac, as well as do lots of other mainstream stuff and it makes a terrific server. Free (donation ware) and pretty robust package. About to move my main activity to a MacBook Pro 14" M1 but will keep the iMac for media serving and various other legacy tasks.