I swear I’ve seen other reports of this too, but I can’t find them right now. Are Safari users seeing this?

I see the same issue. Never had this problem before with Safari. It always remembered my window size just fine (unlike Finder ). But after this latest update to 10.13.4 Safari keeps wanting to increase from my preferred window size. It’s a bit annoying. I’m starting to suspect there’s some conspiracy at Apple against preserving window settings.

Have you tried the Finder trick?

That should ‘save’ the window size and position as the default.

But I use Safari almost exclusively in FSM (split FSM with Mail).

Have you tried the Finder trick?
…
That should ‘save’ the window size and position as the default.

I tried that and at least for me that unfortunately isn’t doing the trick (anymore).

It might be a coincidence but ever since the time I updated to Safari 11.1 (in El Capitan) and applied Security Update 2018-002, the Data Detectors in Mail messages for URLs stopped working. When I click on the downarrow a generic popup for Safari appears as shown in this example:

Other than the failure with URLs, the DD work for addresses, phone numbers, events, etc.

Console pops up errors such as this:

I don’t have any ideas, but this is also happening to me on 10.12.6, without Security Update 2018-002 (I’ve not installed it yet). I guess the ‘good’ news is that maybe the issue which I complained about and attributed to SendGrid/email tracking, is in fact a bug unrelated to the new link format in TidBITS emails:

Everything You Need to Know about the TidBITS 2018 Infrastructure

My one complaint with the new email issue is that the links use some sort of SendGrid redirection. Two significant issues this causes (to me, in the context of how I read TidBITS):

I can’t hover over a link to see where it leads to (which I often do to decide if I want to follow it).
I can’t use the QuickLook feature on the Mac (little

to the right of a link) to quickly preview the link:

So hopefully Apple will fix this bug, and previews from TidBITS emails will start working again, even with the new SendGrid links.

It might be a coincidence but ever since the time I updated to Safari 11.1 (in El Capitan) and applied Security Update 2018-002, the Data Detectors in Mail messages for URLs stopped working.

I think you will find this is unique to TidBits mails and that data detector for URLs in other email work fine. That is, it’s a Tidbits issue, not a mac issue.

I should have mentioned that the issue applies to all Mail messages, not just TidBITS messages.

Thanks. Much as the link tracking we did for the first two issues has its problems, it doesn’t seem to break the macOS Lookup feature, as you can see below. (Which it shouldn’t; the URLs are legit, just ugly.) 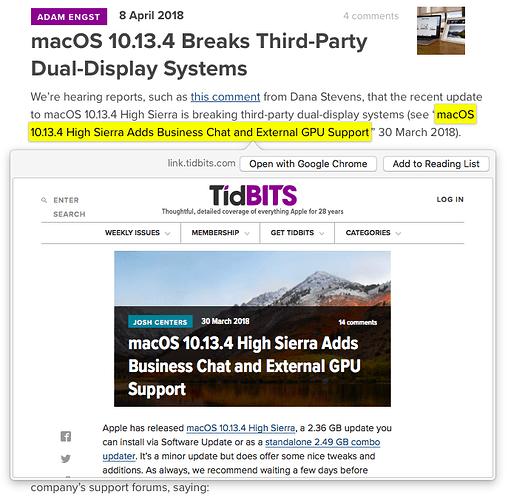 Looks like the issue is not due to the updated Safari. I changed the default browser to Chrome and the same behavior still occurs for me in 10.11.6. 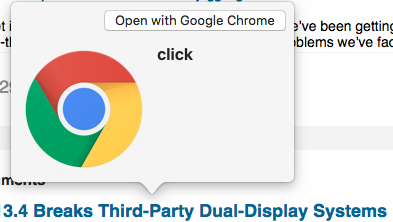 I upgraded to Safari 11.1 and every time I check my email I get a message that “Messages expire from Deleted folder after 30 days”. I pressed the box for Do not show again but every time I exit Safari and go back into my email the message re-appears. I am using webmail.bell.net to access my email

@ash002 This sounds like a setting somewhere in your webmail app, so perhaps look around in there. It’s possible that Safari isn’t handling the webmail app’s dialog properly such that your response isn’t being recorded. You might also try loading your webmail in another browser like Chrome or Firefox and seeing if the dialog appears, and if saying “Do not show again” is recorded in one of those browsers.

UPDATE 2: April 30, 2018
Apple called me and the engineers verified that the problem is an incompatibility between Mail and Safari 11.1. An updated version is due out probably within a couple of weeks.

UPDATE 3: June 5, 2018
Four days ago Apple issued Safari 11.1.1 update which I thought would fix this issue but it didn’t. I called Apple again to find out why the bug is still there. The Engineering rep told me that Apple is not fixing the problem and I should upgrade the OS or get a new computer.

Crappy response from the software engineers who broke the Data Detector feature with the Safari 11.1 update. Everything was working fine with Safari 11.0.1.

But after this latest update to 10.13.4 Safari keeps wanting to increase from my preferred window size. 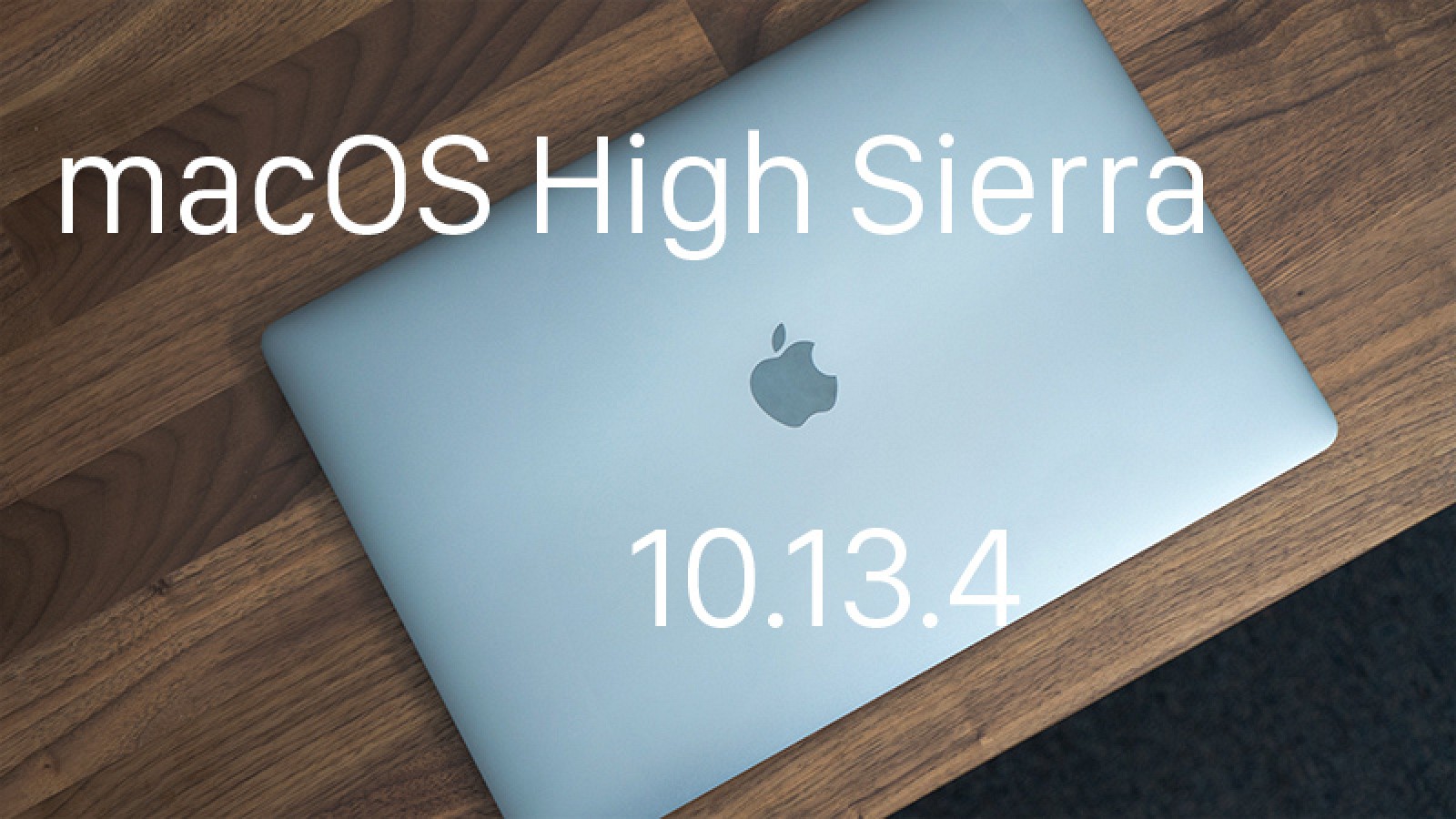 I’ve never seen that problem, so can’t comment on it, but it would be unusual for bug fixes to be included in what is described as a security update, especially one that has been rushed out as this one has.

The Security Update 2018-001 (10.13.4) package (which is somewhat confusingly named macOSUpd10.13.4Supplemental) contains patches for a couple of macOS issues shown here APPLE-SA-2018-04-24-2 Security Update 2018-001 in addition to a complete replacement for Safari and WebKit. The majority is installed in several /System/Library directories, including what looks to be all the kernel extension (.kext) files in /System/Library/Extensions.

1+ GB, 20 (!) minutes, and a reboot later and of course they haven’t fixed this bug yet. Because it’s not like anybody wrote them any bug reports or anything. :rolleyes:

As I thought I said earlier, I doubt that there was any attempt to include a lot of bug fixes here, just patches for four specific security vulnerabilities. You’re going to have to wait for Safari 11.1.1 or 11.2 or whatever the next update in the pipeline is.

Meanwhile, have you tried hiding the Tab bar? Some have found this prevents shrinkage.