My understanding is that under the EU mandate phones, tablets, headphones, etc must have USB-C charging by end 2024. The requirement for laptops is 2026.

I also understand US lawmakers are quickly climbing aboard.

For MacBooks? It should be fine - they can still charge with USB-C.

I imagine for iPhone Apple would probably start offering the part with a usb-c connector, so that the same charge cable could connect to the MagSafe puck.

I agree with Doug. But since the UK is not part of the EU, it will be interesting to see if Apple will continue to distribute Mag Safe there, along with the rest of the world.

Because Mag Safe has saved the life of my elderly MacBook Pro on occasion, I am a big supporter of the technology.

The EU directive doesn’t require USB-C to be the only way to charge a device, so as @ddmiller says, there’s no problem with Apple’s laptops because they can charge over USB-C. The directive also does not require inclusion of a USB-C charger, so I don’t see why Apple couldn’t continue shipping MacBook Airs/Pros as they do now: they have the capability to charge of the USB-C ports, but come with MagSafe cables.

I think the big change will be that presumably iPhones are going to swap Lightning for USB-C ports in the next two+ years (and any iPad models that still have Lightning will also move to USB-C).

All “MagSafe chargers” are just regular USB-C chargers. The only thing that makes them “MagSafe” is the included cable from the brick’s USB-C port to the Mac. Apple could swap that out in a heartbeat if forced to by law, but that won’t be necessary. MBPs are already compliant with the directive (which btw targets smaller device anyway).

On iPhone this will finally rid us of the God awful USB2 transfer speeds. Ridiculous by any account on a $1k phone in 2022 IMHO.

On iPhone this will finally rid us of the God awful USB2 transfer speeds.

It probably will but it doesn’t have to. After all, the USB-C cables that came with MacBooks (before they switched back to MagSafe) could handle 100W of power delivery but only USB2-level data speeds.

I wouldn’t expect an order of magnitude difference between Lightning and USB-C even though that’s the level of difference in the specs. I didn’t find a thorough comparison but this short video performed a Lightning vs USB-C Speed Test by reading files off a microSD card using Lightning and USB-C readers with a similar vintage iPhone and iPad Air. The iPhone took 103 seconds, the Air was almost twice as fast, 58 seconds.

iPads with USB-C already support USB3 transfer, so will iPhone. There is zero doubt people who transfer large amounts of data over cable between iPhone and Mac will see significant improvements. There just is no excuse for 480 Mbps (translates to ~25 MB/s on a Mac) in 2022 on such expensive “premium” hardware. There really isn’t. Apple IMHO can’t be forced quick enough at this point.

Honestly, in terms of reducing waste, I’d think that you’d be better off mandating replaceable batteries than the method of charging.

That said, I’d be happy to simplify my charging and cable needs with all USB C.

The mandate is ridiculous. Personally, I hope that Apple goes wireless-only in response and removes the port completely. No more pocket lint problems, at the very least.

Going forward, I don’t see much of an issue for Apple to replace the Lightning ports on iPhones and non-Pro iPads with USB-C. In fact, if done right, this will enable various accessory hubs and adapters to work with both the mobile devices and Macs (as they do already with iPad Pros). Obviously, there are problems with phone accessories that depend on the Lightning port for connection to an iPhone. Hopefully, there will be very short and moderate length adapter cables with a USB-C receptacle at one end and a Lightning receptacle at the other end to allow those accessories to be used.

Apple uses the Lightning connector to charge other devices such as headphones, earbud cases, as well as Magic keyboards, trackpads, and mice. I assume that there will be revisions to use USB-C directly as well as adapter cables (USB receptacles to Lightning plugs) to allow the use of new cables with older devices.

I assume that there will be revisions to use USB-C directly as well as adapter cables (USB receptacles to Lightning plugs) to allow the use of new cables with older devices.

You can already right now buy USB-C to Lighting adapters. I use several around the house so I can charge my iStuff in places where I usually charge standard USB gear. The problem is that there’s also a bunch of junk adapters being sold. It pays to check reviews first and make sure to purchase from a vendor with a good return policy. 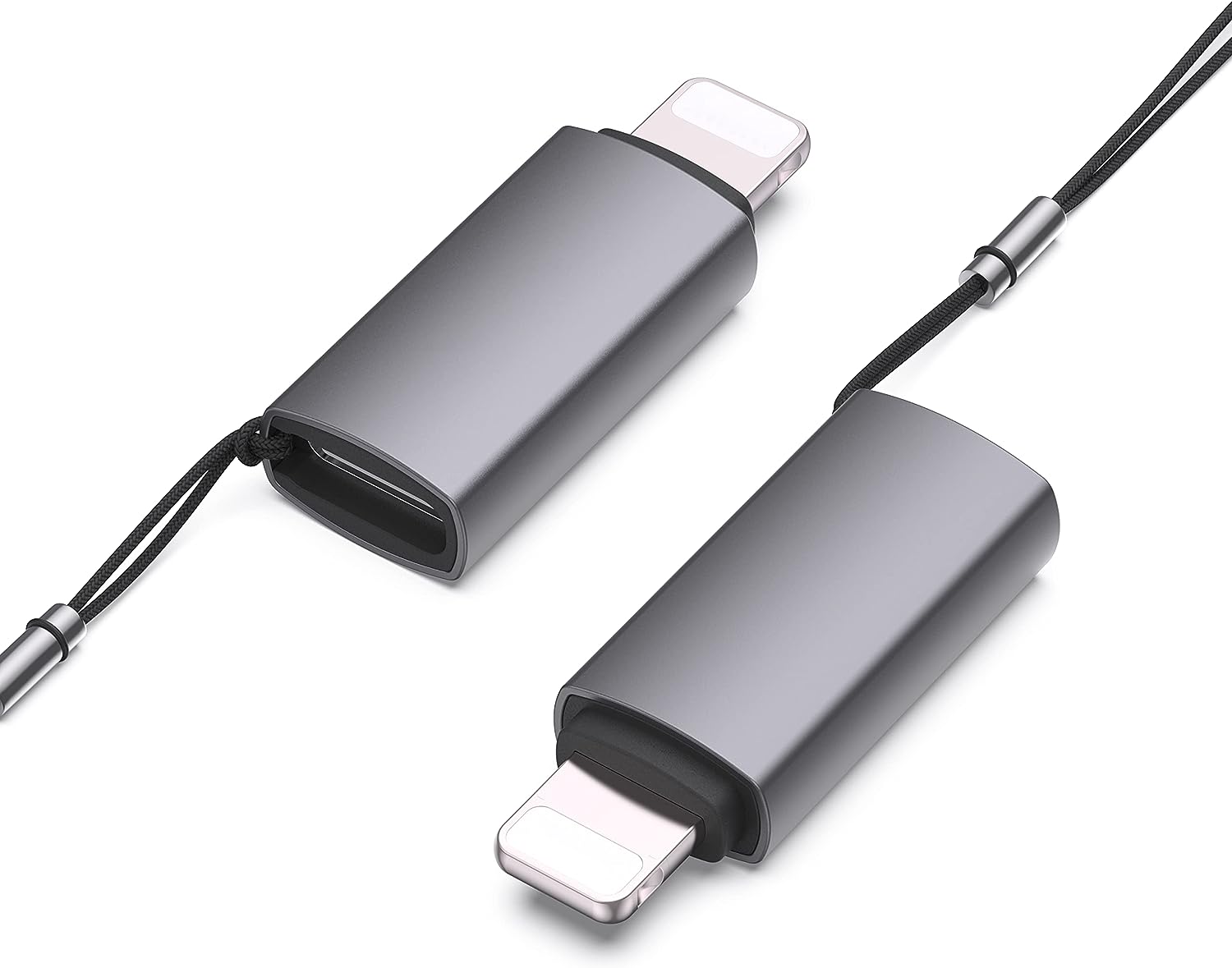 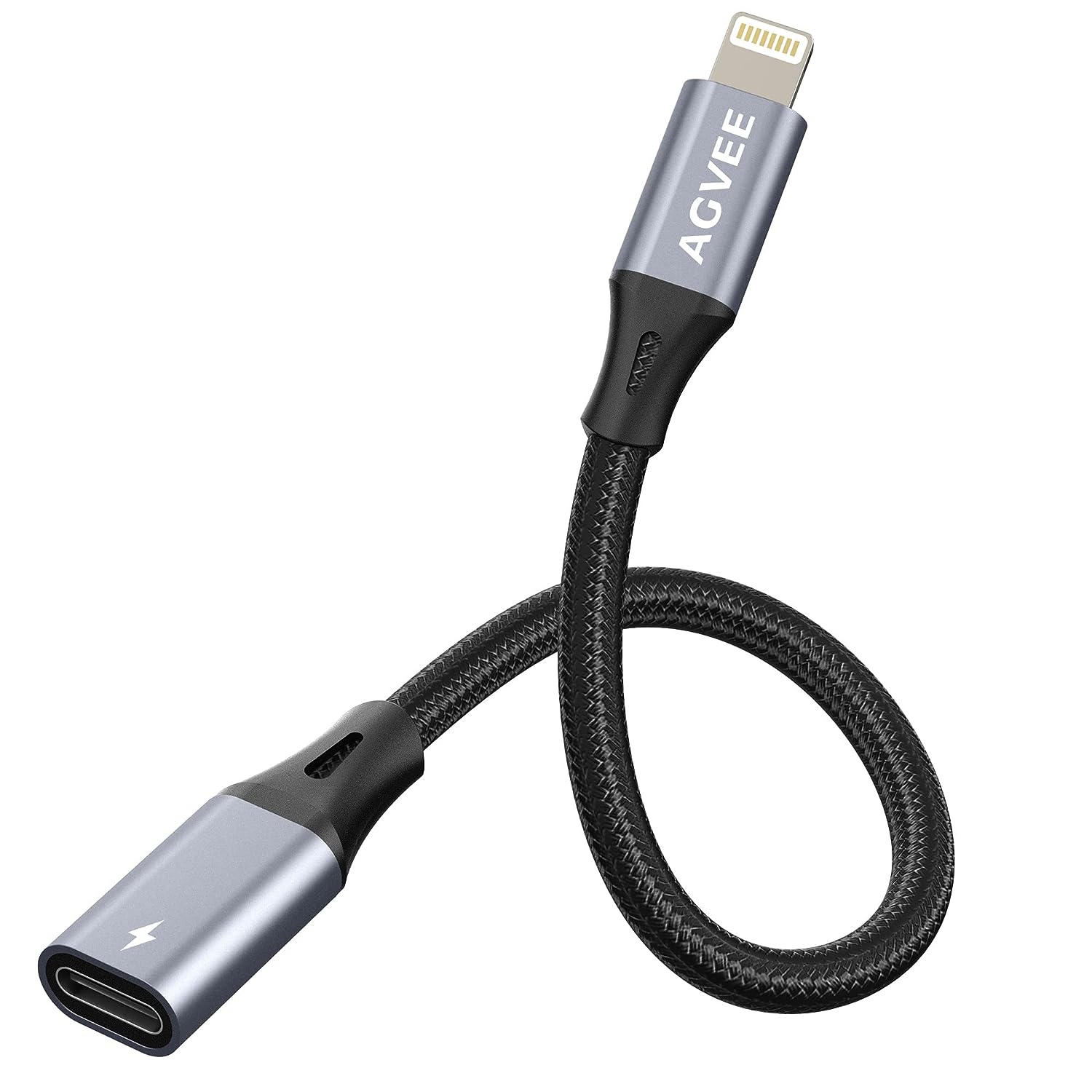 ⭕[Function] You need a USB-C cable and a PD charger adapter or a universal USB-A Charger adapter to charge and data sync iOS devices with this adapter. USB2.0 Data Sync Speed is 480Mbps. INCOMPATIBLE WITH: C to C cable with Emarker IC: Include appll...

For MacBooks? It should be fine - they can still charge with USB-C.

Yes indeed but it’s the MagSafe connection I want for charging laptops (like the new MacBook Air has).

Yes indeed but it’s the MagSafe connection I want for charging laptops (like the new MacBook Air has).

Yes, but as long as the future laptop supports USB-C charging, which it will, it can also support supplemental charging like MagSafe and remain compliant. If the laptop charged only with magsafe, then it would not be. The proposed regulation doesn’t say only USB-C connector for charging - just that it must be possible to charge with a USB-C connector.

Ahh. My understanding was that it had to be USB-C exclusively. Thanks for clarifying.