Hopefully this rumor ends up being true. 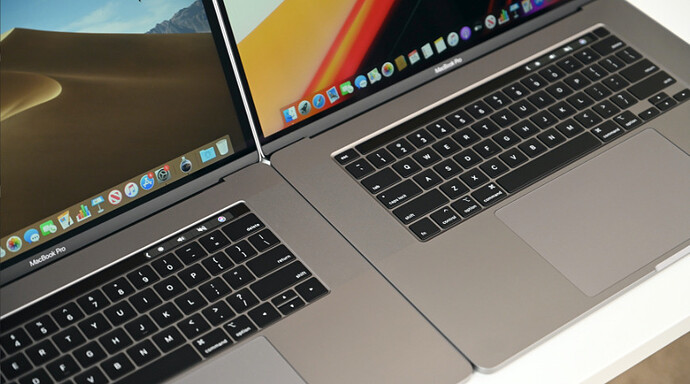 A second report about forthcoming 2021 Apple Silicon MacBook Pro models echoes claims that they will include the return of MagSafe charging, and have better displays versus the 2020 counterparts.

Yes, hopefully. One of the best tech Apple developed. I have to say I’ve grown to like the Touch Bar, quite happy to move on from the function keys.

Marc Gurman is corroborating those rumors. 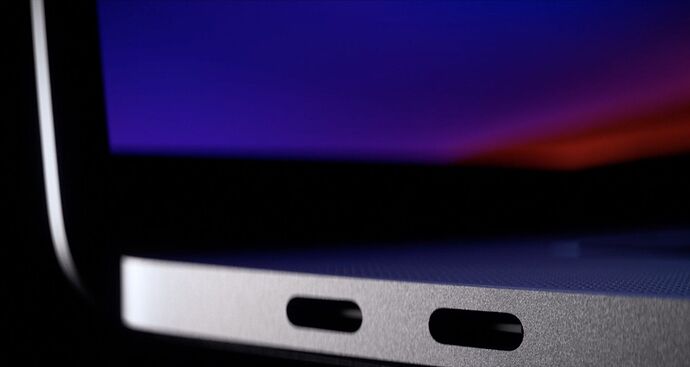 I’m no fan of Touch Bar. I wouldn’t mind to see it go. But if it stays, I’m not going to lose much sleep over it either.

MagSafe is kind of similar. I always liked it and I still do. But what I think I like even more is the fact that I can insert one cable to connect both power and a plethora of peripherals with 40 Gbps b/w. I certainly don’t mind Apple bringing Mac MagSafe back as long as that doesn’t interfere with TB/USB-C charging. I’m sure there are a lot of folks out there who’d love a return to MagSafe. I probably won’t be using it but it certainly won’t bother me.

What I’m in fact more excited about is TSMC starting to work on a 3 nm process. This will likely find its way into 2023 Macs and iPhones. 30% power draw reduction compared to what we have now (5 nm). 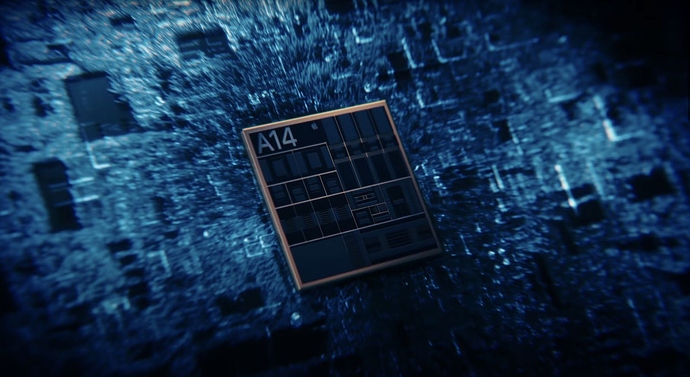 TSMC to Begin Production of 3nm Chips This Year

Apple chipmaking partner TSMC is "on track" to begin risk production of a 3-nanometer fabrication process in 2021, followed by volume...

I’m no fan of Touch Bar. I wouldn’t mind to see it go.

Perhaps you haven’t figured out why you are not a fan of TouchBar. The basic implementation by Apple of TouchBar is like so much of Apple application software, incomplete, primitive and of little actual use.

But the technology behind it is compelling. Apple may make poor quality apps, but they are masters of Operating Systems and have their best people working in that area.

Take a look at BetterTouchTool, AquaTouch, and AVTouchBar. With these tools, the TouchBar is fabulous and getting better.

I like MagSafe better than USB-C connectors for power since USB-C is often not very snug and secure. I find my MacBook Pro not charged sometimes.

I’m afraid that’s not really the point. No matter how awesome I configure my Touch Bar, the moment I get to my desk and hook up to my TB dock, I’ll be back to using my regular Apple extended KB which (still) has no Touch Bar and hence I’ll be forced back to doing things the way I used to before my awesome Touch Bar config. IMHO either you’re all in or you’re not in at all. A workflow that only works 30% of the time to me is not worth the hassle.

Exactly. If TouchBar were available on detached keyboards, then I think it would be great. I shift between my desktop iMac and my MacBook Pro several times a day, so it becomes hard to develop the muscle memory for TouchBar. Furthermore, not having TouchBar available on all models lessens the incentive for developers to spend effort integrating it into their applications.

So, if this rumor is true, we can write off TouchBar as an interesting experiment that was given a reasonable trial period, but ultimately failed.

What I see here is two distinct use-cases for laptops.

Some people, like @Simon use them as desktop replacements. They are typically docked with a bunch of peripherals and, as such, the built-in input controls (keyboard and trackpad) are not typically used. Using one connector for everything is very convenient in order to simplify the dock/undock procedure.

Others, like me, use a fixed computer (currently a Mac mini) for desktop use, and a laptop (a MacBook Air) only when away from the desk. For these people, very few peripherals are ever hooked up - maybe a thumb drive, a camera from time to time, but only temporarily. But the power connector may be used a lot, and while on the go. So a power connector that just snaps on by itself and can get yanked out without damage, like MagSafe is a really big deal.

Apple should try to accommodate both use cases. I can think of two possible ways. One is to simply allow charging via USB in addition to the MagSafe connector. The user can use whichever he chooses.

The other way is to invent a “MagSafe 3” connector that incorporates all of USB-C’s capabilities. Then include a cable or an adapter to let traditional USB-C chargers and docks use the port. If such a connector is used, it should only be used for one USB-C port (no need for more than one), and it shouldn’t prevent other USB-C ports from charging the computer.

MagSafe saved the life of my MacBook Pro on more than one occasion, including especially dangerous incidents in Starbucks. I was very sad to see it disappear, and it will be a big plus if Apple brings it back.

Question…would it be possible to equip iPads with Mag safe?

Gurman is also reporting an iMac overhaul and a new, less-expensive Apple monitor.

I was very sad to see it disappear, and it will be a big plus if Apple brings it back.

I just ordered some tiny magnetic nubbins from Amazon that basically turn any USB-C cable into a “MagSafe” cable. I got a 2-pack for $20 so it’s not expense. Haven’t tried them yet, but they’ll be here Monday so I can let you know how they work. The review are positive.

I have one of those. They work fine, but are much more finicky than MagSafe.

Take a look at BetterTouchTool, AquaTouch, and AVTouchBar. With these tools, the TouchBar is fabulous and getting better.

For some people, perhaps. I tried for months to get some use out of the Touch Bar, but even with the 3rd party apps, I was still thrilled to get back to real F-keys.

If Apple isn’t going to devote any effort to making the Touch Bar better, they should either bin it, or at least make it a BTO option for those who want it, and let those who don’t choose a cheaper option.

I like MagSafe better than USB-C connectors for power since USB-C is often not very snug and secure.

Um… really? I have never seen one that wasn’t plenty secure. It’s pretty easy to insert and requires some effort to remove (which is why people wish for MagSafe back). I have more of an issue with the power block coming out of the wall outlet than I do the USB-C connection.

I find my MacBook Pro not charged sometimes

That was also possible with MagSafe. It could attach to the side of the Mac but not be quite aligned properly and not charge. It’s fairly easy for me to tell if a USB-C plug is all the way in or not.

I’m wondering what it is that you’re seeing that I’m missing (not doubting that you are seeing what you’re describing, just wondering why it’s so different than what I can imagine).

That was also possible with MagSafe. It could attach to the side of the Mac but not be quite aligned properly and not charge.

Yes, but the amber/green light won’t come on if it isn’t making contact (or if the power brick is unplugged or otherwise unpowered). I quickly got into the habit of waiting for the light to come on before walking away, to make sure it was actually charging.

Moving to USB charging eliminated that really useful indicator. I hope it comes back. If Apple doesn’t want to put it on the cable, then they should put it on the computer.

A situation I sometimes encountered, unfortunately, is that the light did not come on even though contact was made and the Mac was charging just fine. So even though that LED was a great idea and I’d like to see it return, I still usually ended up having to check the battery menu bar indicator. Probably not what designers had in mind.

With Apple defaulting to occasionally cutting off charging early to promote battery longevity, the situation can be confusing. For example, after an extended session on my 2018 MacBookPro where my battery dropped to about 35%, it charged to was charged to 100% when I used it this morning. After the session, it was down to about 85% and I plugged it in. When I open the case with the laptop still pugged in, I do see the battery iconic the menu bar as full with a lightning bolt superimposed over it. Logging in shows an almost filled battery icon with an electrical plug superimposed on it and the charge percentage (85%) next to it. Clicking on the icon discloses the charging is on hold and also gives me the option to override the default and charge fully (useful if I know that I will soon be without external period for multiple hours).

There’s a terminal command that makes the Mac bonk like iOS devices do when it starts charging. Don’t remember where I found it but I might have it in my saved tips folder…but googling should turn it up.

I noticed that when I got my 2020 MBP. It must be default enabled on newer Macs.

Moving to USB charging eliminated that really useful indicator. I hope it comes back. If Apple doesn’t want to put it on the cable, then they should put it on the computer.

Slightly late to the discussion here, but yes the M1-based MacBook Air does make an iPhone-like “bong” noise when you plug it in, which has the same effect. And yes, it is possible to turn it on for older Macs, apparently. This is the first I’m hearing about it. 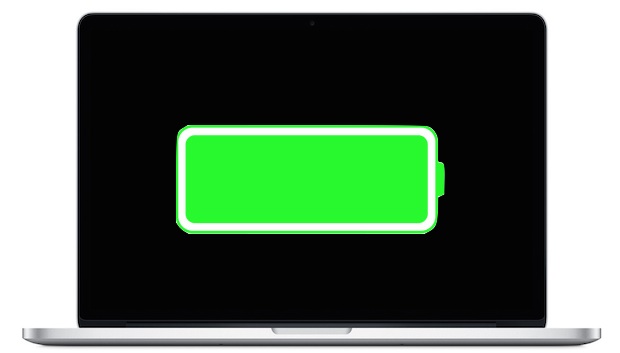 How to Play a Power Charging Sound Effect in Mac OS X When a MacBook is...

When you connect a power source to an iPhone, iPad, iPod touch, or MacBook, a familiar charging chime sound will trigger from the device, indicating that a cable is attached and the device is getti…

USB-C is a step backward in user experience, and someone I know who was involved with the standard creation freely admits that. But it is nice having a single connector for power and connectivity, and having one that’s bidirectional.