Yep. 2020 13" Intel MBP makes the charging “bong” under Catalina and Big Sur. This is most definitely not an M1 thing.

There’s a terminal command that makes the Mac bonk like iOS devices do when it starts charging.

it is possible to turn it on for older Macs

I don’t recall doing anything special, and my MacBook early 2015 has made the bong for as long as I remember (until last week, when it stopped for no apparent reason, but resumed after I restarted the computer).

I guess the fact that I’ve been using a 2012 MacBook Air (with MagSafe) until the M1 MacBook Air came out meant that I was behind the times!

And in fact, Tonya’s 2016 MacBook Pro also makes the sound, though (at least at the moment) it’s a lot quieter than my M1 MacBook Air.

They work fine, but are much more finicky than MagSafe.

I got mine “MagSafe” nubbins yesterday and I’m delighted. I had one of the first third party ones (I think by Griffen) way back in 2015 when the original USB-C MacBook came out and it required its own integrated cable that was so stiff it disconnected constantly and the nubbin portion (that connected to MacBook) was huge and stuck out a whole inch.

These new ones are tiny – the nubbin part sticks out a few millimeters and the other part attaches to any USB-C cable. There’s a little blue light that goes one when it’s connected and you can even reverse the direction so it goes on either way. Very cool and works great so far. The magnet seems strong enough to hold but comes off easily.

I am only using it for power. Supposedly it can do data transfer, but I wouldn’t trust that with a magnetic connection – too easy to disconnect accidentally while you’re reading/writing data. It also won’t work for video.

I would also only recommend these for laptops with multiple USB-C ports as the nubbin is so small it’s hard to remove once installed. With a single port you’d have to temporarily remove it to connect a hard drive or other accessory, which would be a pain. I’m using one on my M1 Air and one on my intel-based MBP and since both have more than one port, I can use a different port to hook up drives or a card reader, etc.

I just ordered some tiny magnetic nubbins from Amazon that basically turn any USB-C cable into a “MagSafe” cable.

Please provide a link for these “nubbins”.

Please provide a link for these “nubbins”.

This was a two-pack, but there are similar ones available individually if you don’t need two.

Thanks for the link. It explains why you can’t use it for video.

The connector only has five pins. That is enough to transfer power and provide USB 2.0 capabilities, but for the full capabilities of a type-C connector, it would need to connect 22 of the 24 pins. (Pins B6 and B7 are theoretically for a second USB 2.0 differential data pair, but they are not used by any cables.)

EDIT: I had written a paragraph about why it would be really hard to design a magnetic connector supporting all the pins. Then I ran across this on Amazon: https://www.amazon.com/dp/B07TT6NGBC, which is a 20 pin magnetic connector claiming to support 10 Gbps USB and 4K video, but at the cost of a larger connector that might block the neighboring ports on some computers.

Three 27" iMacs, three MacBook Pro’s. I’m particularly fed up with Apple over laptops. Every time they tell me “You’re a Creative Pro and you need this…” it means “We’re going to take this away from you.” Now I hear they’re maybe bringing back the SD card slot. Now that’s avant-garde!

They can take away my touch bar and give me back my function keys any time they want. And give me back Ethernet and some legacy ports. I don’t need a wafer-thin laptop, I need one that is usable.

Besides being a (mostly) beloved feature, I’m curious if the motivation is also partially due to USB-C/Thunderbolt’s 100W power limit. Right now those new M1 notebooks are extremely power-efficient, but let’s scale that up with even more cores, more GPU cores (and/or a dGPU), and let’s even throw in an ultra-bright 16" OLED or microLED display. While 100W is probably enough to run and charge at the same time, that might be cutting it pretty close.

I recently bought a new gaming laptop (the HP OMEN 15) and I was disappointed to find out that the Thunderbolt port doesn’t allow charging. One has to use the included 200W (!) power adapter with an old-school DC barrel jack. Inelegant, but, hey, that’s the PC world. Granted, this thing has the Intel i7-10750H and an NVIDIA 2060 dGPU — both of which are pretty power-hungry chips, especially compared to a miser like the M1.

But, that’s where my curiosity is coming from: we don’t know what this next version of Apple Silicon requires, and especially if it’s paired with a hungry GPU (whether that’s part of the custom Apple Silicon or something like the Radeon Pro 5600M) — 100W might not quite be enough to power everything and charge the battery at an acceptable rate. If it’s essentially trickle-charging during use and takes 8 hours to fill the battery, that’s not an Apple-like solution.

All this to say, perhaps MagSafe will also be the introduction of a higher-power adapter — maybe something along the lines of 120W or 150W. Who knows. Let the rumors fly. Maybe it’ll even be a more compact GaN charger that isn’t any bigger than the current 96W adapter.

I doubt the magsafe will comeback. Unless Apple implements another USB-C “adapter” cost, it would have to be another port and that means, with slimming designs, something will be sacrificed. I mean, if they are listening to users, then why not also through in a single USB-Legacy port? (hint: no. why bother when they can sell adapters). But I do see the need when people are pre-occupied and trip over a cord or a pet or other human cause the accidental pull. If the usb-c port is used, it will either damage the port or yank the laptop off its surface. Those USB-C ports are a separate board for a reason too.
As for the Touchbar, I don’t like it. YMMV. I think that if Apple made the display a touchscreen, would most use it? I want feedback in my typing and can hit the volume/media keys without looking (I have eject key and no DVD drive…lol). Sure, its clever if the dev utilizes it for functions that would require using submenus…but I hardly use it. For those that do like it, do provide your reasons. Again, it may benefit some, but I wish they had also made it for the external keyboard…because using a MacbookPro with the Touchbar, closed lid with external display means the TB is useless.

Not good news…New MagSafe devices can interfere with the functioning with medical devices that contain magnets, including defibrillators: 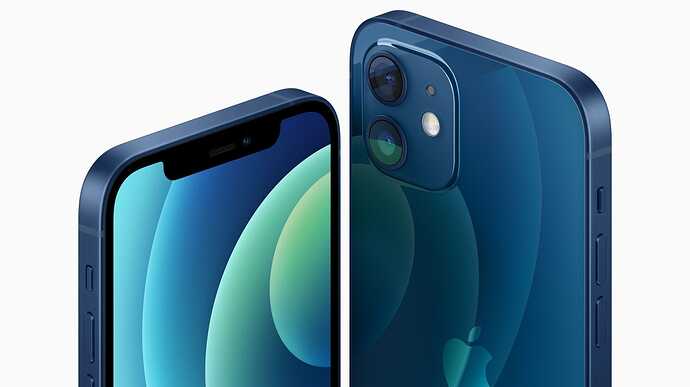 Apple is warning owners of the iPhone 12 and any MagSafe charging accessories to keep the gadgets at a "safe distance" from medical devices.

I just wrote about this. There’s nothing special about the iPhone 12 here—any consumer electronics with magnets can be a problem.

Keep the iPhone 12 and Other Magnet-Bearing Consumer Electronics Away from...

Since the iPhone 12 or any other consumer electronics device with strong magnets can interfere with implanted medical devices like pacemakers and defibrillators, Apple has issued more specific safety guidance.

Unless the Magsafe is an additional port, this doesn’t thrill me. I really like being able to plug two peripherals into either side of the computer. I also like being able to plug the power into either side, either because of where the wall plug is located, or where peripherals I want to plug in are located. I do miss the LED charging indicator, though. As for the Touchbar, I don’t much care - I rarely use it, but I rarely used the f-keys either. Just so long as they keep Touch-ID, I’m good. If they’d include Touch-ID on external keyboards (including third party), I’d be even better.