I am trying to open an .iso disk image on an M1 MacBook Air that was downloaded from archive.org. It will not open or mount on the desktop. I am only trying to view the contents of this image, I’m not trying to burn a disk, etc. The system error message I get is: “No mountable file systems”. VLC, which always was able to open .iso images previously does not open it either (and I have the latest version). Any ideas?

A “.iso” file isn’t any particular format (despite the name that implies it should be ISO-9660 format), but is a binary image of an optical disc.

That image must contain a file system that macOS understands. Most CD-ROMs today use ISO 9660 and most DVDs and Blu-Ray discs use UDF. Older Mac-specific discs have also used HFS file systems.

I know that Catalina does not support HFS, so any attempt to mount an HFS format optical disc or image of one fails (I’m not sure exactly when Apple dropped this support).

If that ISO image is ISO 9660 or UDF, then I am surprised that it won’t mount, since you almost certainly should be able to mount an actual disc formatted with this format, but maybe Apple dropped this support at some point and I just haven’t learned about it yet.

Perhaps I’ll contact the source person who lives in Australia to see if he knows why it won’t mount. He very recently uploaded this disk image to archive.org. Obviously, I don’t know if the .iso is a 9660 or a UDF and using “get info” on the icon doesn’t tell me any other details, including what type of .iso it is. Thanks.

UPDATE: person in Australia who uploaded .iso image file to archive.org did not respond when I contacted him about the problem trying to open said .iso image file on an M1 Mac. So as of this date, this remains an unsolved issue and what I consider a “bug” in Apple Silicon Macs.

Can you post a link to the image file so others can test too? 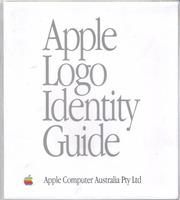 I assume this: https://archive.org/download/acapllig/AppleLogoAndSignatures.iso.zip is the actual link? I downloaded that, unzipped it, and tried to mount the .iso. On Mojave the Finder complained “There may be a problem with this disk image. Are you sure you want to open it?” but when I clicked Open it mounted and operated like a regular disk.

I then tried on Big Sur, and there it told me it had no recognizable file systems. Disk Utility says it’s formatted as Mac OS Standard, so maybe Big Sur (or Catalina, I didn’t try it there) dropped support for Mac OS Standard?

Anyways, I’d say you have to find a machine running an older OS, mount it there, then copy everything you need off.

It may not be a Big Sur problem; Big Sur on my Intel Mac opens the image just fine, it’s Big Sur on the Apple Silicon Mac (M1) that’s the problem. Which kind of Mac did you try it on??

Apple started the process of dropping HFS support in Mac OS X 10.6 (Snow Leopard) - volumes could only be mounted read-only. Support was officially dropped in macOS 10.12 (Sierra), but unofficially kept working until 10.14 (Mojave). Starting with 10.15 (Catalina), HFS volumes are not mountable at all.

If you need to access the content of an HFS volume on Catalina or later, there are two options I can think of:

Sadly, neither of these options is very convenient if you just want to read a few files from a CD-ROM or a CD image.

It may not be a Big Sur problem; Big Sur on my Intel Mac opens the image just fine, it’s Big Sur on the Apple Silicon Mac (M1) that’s the problem. Which kind of Mac did you try it on??

Intel Macs, should have included that, sorry. It’s curious though that you can open it in Big Sur on an Intel Mac, I couldn’t and what I’ve read around the ’net suggests they’ve completely dropped support. Maybe they dropped support but left the code in for Intel Macs? At least you can access it though.

A third option which might give the most faithful view of a Mac OS Standard/HFS filesystem is to use SheepShaver, which emulates a PowerPC Mac running classic MacOS (and allows copying files to the modern Mac host). This will probably be a lot faster, and it is relatively lightweight. Instead of requiring gigabytes of space for a MacOS X installation, the entire emulator+OS will likely come in at around 1 gigabyte. Current builds of SheepShaver are listed here:

However, instead of manually configuring SheepShaver and installing classic MacOS, it’s much faster to download Edward Mendelson’s pre-packaged system which includes everything ready to run as a single application (now universal for Intel and Apple Silicon).

I keep SheepShaver around for the times I need to access old CDs or disk images, and occasionally WordPerfect for Mac files (I learned of Edward Mendelson’s excellent work from the WordPerfectMac Group).

A resource for users of WordPerfect for the Macintosh and supporting technologies, including the emulators SheepShaver and Basilisk that run WordPerfect on Intel and Silicon M1 Macs on every OS version from 10.6 to current, both 32 and 64 bit. We...

This is sort of a variation on @Shamino’s first option.

Thank you for the suggestion. Ironic that I have to turn to either an older Mac emulator like Sheepshaver or pull out an Intel Mac from storage just to deal with a file format that the most advanced hardware Apple now makes refuses to open!

My point in originally posting this issue was to state that I sincerely hope there are no other surprises in store for those of us using the M1 Macs. I don’t like these kinds of surprises.

My point in originally posting this issue was to state that I sincerely hope there are no other surprises in store for those of us using the M1 Macs.

I think this is more likely a consequence of MacOS changes, regardless of Intel or M1 (as @Shamino & @blm have noted). It’s unfortunate, though at least HFS support lasted a lot longer than MFS (which still had a 13-year run)!

Changes like this are inevitable, so I always view them as interesting puzzles. If they revolve around mission-critical software, that’s an indication that upgrades to the software or underlying business practices are necessary. Otherwise, they’re just amusing challenges that almost always have solutions, even if they involve wacky emulators like SheepShaver or actually digging out old hardware.

Life’s too short to get stressed about how long Apple will support some ancient format.

This is exactly the right attitude to take, imo. Change will happen, whether you’ve planned for it, or it is a surprise.

I understood the issue was not so much change (which is inevitable), as change that is not announced and left to the user to discover when in the middle of work. My understanding here is that although the format is old and has long since been deprecated, modern versions of macOS have nevertheless continued to offer some access and that it’s only M1 Macs that now lose this. Not a big deal if it’s known and people can prepare ahead of time, but definitely an unpleasant surprise if somebody has to discover this in the middle of trying to get something done.

it’s only M1 Macs that now lose this

According to everything else on the internet when I did a search, this has nothing to do with the switch to M1. People started complaining about the loss of access to HFS with the release of Catalina. How @bjmajor can access an HFS volume on Big Sur is a mystery!

Whilst searching, I also came across this article which provides a nice guide to using the hfsutils utility that @Shamino referred to. As said, you can’t browse the volume/disk in the finder. But you could use hcopy -r and the * wildcard to copy the entire contents of an HFS disk elsewhere.

Opening old HFS Classic volumes on recent versions of MacOS is easier than you think.

While I think sometimes Apple jumps the gun on dropping support for things, in this case I have to agree with @ace. HFS/Mac OS Standard was introduced in 1985 (1985!), was replaced by HFS+/Mac OS Extended in 1998, and dropped in 2019 with Catalina. So it lasted 34 years, which is forever in computer time, 21 years of which a much better file system format was the default. And there have been 4 workarounds suggested. So yes, it’s annoying when you’re trying to get some work done and hit a roadblock like this, but in context, it’s really not that big of a deal.

I suspect this is also the reason why some of my very much older files appear as an .exe file, which I have been able to save by opening them in my ever trusty LibreOffice and safe as a file from there. That helped me save my doctoral research and thesis way back from AppleWorks days lol.