There’s no question that Apple’s new iPhone 13 models are the best iPhones the company has ever made, but their evolutionary changes may be compelling mostly to those with older iPhones.

A post was merged into an existing topic: Apple Redesigns iPad mini; Upgrades the iPad

As someone who is in the iPhone Upgrade Program, I’ll probably be replacing my iPhone 12 Pro with an iPhone 13 Pro. I’m curious about case fit. The height and width specs are the same, but the new iPhone is 0.25mm deeper. If the only difference is that the camera bump is a tad more prominent, then old cases should fit. However, if the main body is thicker, the buttons have changed or moved, or the camera bump has changed or moved, then a new case could be required. Does anyone have insights?

What surprised me was the iPhone 13 Mini. This was not supposed to happen. The iPhone 12 Mini was a poor seller. It was the doom of the small format.

However, here it is! The Mini is still around.

I’m thinking that maybe it’s a good time to upgrade from my original iPhone X. The Pro’s macro and 3x optical zoom (without needing to go Pro Max for those) is attractive. I can’t get much trade-in value for my iPhone X though. And it’s still just fine, and under month-to-month warranty. But I do like taking pictures, and love macro and optical zoom.

What surprised me was the iPhone 13 Mini. This was not supposed to happen. The iPhone 12 Mini was a poor seller. It was the doom of the small format.

However, here it is! The Mini is still around.

The rumors I’d seen suggest that this year the Mini would return, but there will be no Mini next year.

For example, see this from April. 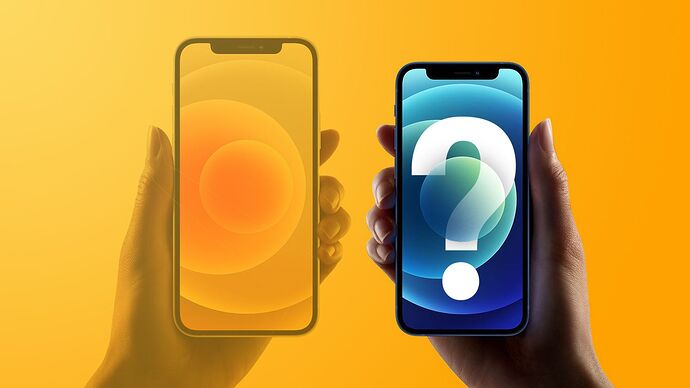 Kuo: Next Year's iPhone Lineup Won't Include a Mini Model

Fans of smaller smartphones long hoped that Apple would introduce a smaller-sized iPhone with a modern design and features like Face ID. That wish...

I was original planning to upgrade last year, but the 12 series just didn’t drive me to pull the trigger. If it’s true that battery life is better than the 12, I’m glad I waited to upgrade my iPhone X until this year. I’m planning to order a 13 Pro.

Yes, that’s what made me wait. I was ready to get the 12 Mini this past spring until I read that. Glad I waited. I hope sales go well and Apple reconsiders in the next couple of years. I think they marketed it poorly last year, what with the SE 2020 coming out in the spring and then the Mini announcement was delayed from the main event.

The mini will stick around. It’ll just be called SE.

I like the 13 mini because it presents absolutely no reason for me to upgrade my 12 mini. I can save those $700 and put them towards a nice vacation. If OTOH I break my 12 mini beyond AC+, I’ll just get a 13 mini and live happily ever after.

No USB-C yet? Pricing still a targeted formula created by PhDs in Marketing. (Nope, Tim

, I’m not your targeted consumer…I don’t need the latest, can wait for deal on

PS: thank you Tidbits for the reviews of the Apple event!

Compared to my 6+, the 13 mini is physically smaller, but the display is only 0.1" (diagonally measured) smaller.

Would I upgrade from an 11 or 12? Probably not. But upgrading from a 6? Absolutely yes.

The only downside (for me) is that I’m going to lose Touch ID (I’ve never been a fan of Face ID). I was hoping they would put Touch ID on the power button like they did on the new iPads, but that alone isn’t enough to make me prefer an SE (which is functionally equivalent to an 11).

For me the SE 2020 was way too big, coming from the original SE. Once I compared them all in my hands, the 12 Mini was a no-brainer. I was struggling with the 128gb price, so I’m really happy I waited for the 13.

Over at Macworld, Jason Snell suggests that the A15 Bionic may not be much an improvement over the A14 Bionic, given that Apple only compared the A15 to “the competition” rather than to the A14. He’s right, and that nagged at me during the presentation, but it was so detail-packed that I forgot about it while writing. 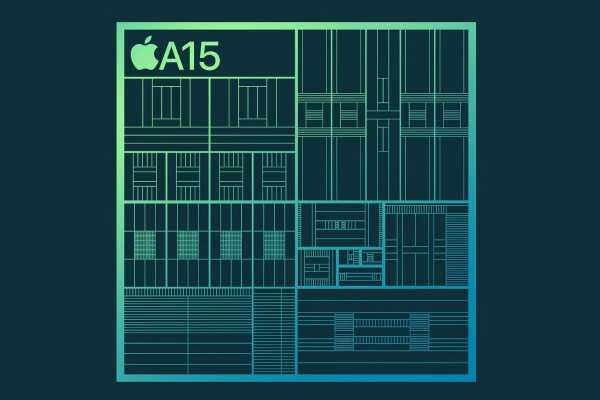 Has Apple hit a wall with the A15 processor?

With the worldwide chip shortage, it’s a minor miracle Apple is even producing new chips at all.

One thing I forgot to mention. Reading this article on an iPhone 12 mini, the price table got truncated on the right side. Could not pinch or scroll to read beyond the 256 GB column. That’s with vanilla Safari on the latest iOS.

Maybe, maybe not. From what I’ve read, the chip shortage is not because the factories aren’t running at capacity, but because there is more demand for silicon than ever before and the manufacturers need time to build new fabs in order to keep up.

Apple, I assume, has long-term contracts with TSMC in order to ensure that they get the chips they need. They won’t feel a crunch unless demand for phones greatly exceeds expectations (upon which they based their contracted orders).

For comparison, GPU manufacturers are getting all the chips they contracted for, but demand for their products is far greater than expectations, causing a shortage of video cards. Under normal circumstances, the chipmakers could make up the difference by using excess capacity, but there currently isn’t any excess capacity to use. But demand is starting to return to normal as people are returning to work and the gamers are finally able to get video cards.

It’s my understanding that the game console shortage is for the same reason. And that may be breaking soon - I think it is now possible to get new XBox systems. Hopefully PS5s will become available soon as well.

But note that it isn’t nearly as hard to get a Nintendo Switch - their demand seems to have been in-line with expectations, so they haven’t experienced a shortage.

And then there’s the automotive industry, which assumed car sales would be massively depressed and told the chipmakers to cut back on production. When the slump proved to be much smaller than expected, they found themselves unable to get more chips because the capacity they were using has been sold to others. Now they need to wait until those others’ contracts run out (or the new fabs come on line) before they can get their contracts back up to the quantities they require.

For me the SE 2020 was way too big, coming from the original SE. Once I compared them all in my hands, the 12 Mini was a no-brainer. I was struggling with the 128gb price, so I’m really happy I waited for the 13.

I think from Apple’s POV that makes sense. Regardless of what we want from an SE, to them it needs to be first and foremost inexpensive to manufacture. So back in early 2020 using the iPhone 8 case fit that bill. Had they at that time pushed for smaller form factor (using something like the 12 mini), that would have made it a much more expensive device to them.

However, in 2023 we’ll be in a very different situation. By that time, the 12/13 mini case (perhaps with minor modifications) will present a less expensive enclosure for an updated SE. They can still use 13 internals (just as the 2020 SE relied on 11 internals). And since there seems to be consensus there won’t be a 14 mini, selling what is essentially a rebranded 13 mini as the “new SE” presents no clash in their line-up. Bottom line, if somebody wants super small (as in the 12/13 mini, not as in the original SE) but inexpensive, I’d say you need to find a way to hold out for another ~18 months. Apart of course from looking at things like used/refurb 12 minis.

However, in 2023 we’ll be in a very different situation. By that time, the 12/13 mini case (perhaps with minor modifications) will present a less expensive enclosure for an updated SE.

Maybe, but one of the reasons that the SE can remain cheaper than the current line of Face ID phones is the LCD display. Maybe Apple can get the cost of OLED down to meet SE price requirements. I’m guessing that Apple cares less about the size of the SE than they do about the cost of components and price, so if they do go Face ID with an SE (or Touch ID in the power button), it will be with something more like the XR or iPhone 11 (with their LCD displays) than the 12 Mini as a form factor.

The original SE knocked it out of the park. Small form factor, good price and some nice features.

The 2020 SE seemed like it missed the boat. It was inexpensive but just felt like a leftover. (really, it had 11 internals? I guess I forgot that but it was the SIZE I was really upset about)

Then with so many people having no idea there was a Mini on the horizon, they bought SEs in early 2020 and were hugely disappointed when the 12 Mini was announced (after the announcement). If it wasn’t for covid and not being able to touch one, I may have been in the same boat, but now and then procrastination works in my favor

Or maybe the pendulum will swing away from tablets as phones and smaller phones will be “in” again.

I can’t wait for my new Mini!

However, in 2023 we’ll be in a very different situation. By that time, the 12/13 mini case (perhaps with minor modifications) will present a less expensive enclosure for an updated SE.

I like this theory—I think you’re onto something with a future iPhone SE taking over the iPhone 12/13 mini case and internals for a few years.