In iOS 16, why do notifications disappear?

Really the only difference from prior versions is when the phone is unlocked and you pull down to open notification center. Prior to 16, if you had older notifications, they showed up. Now that action is consistent with the lock screen as it has been for a while - notifications you haven’t seen yet will show, but the rest are not shown until you gesture up (from anywhere other than the home screen bar).

I get not liking it. But, now you know. Like many things in iOS, nothing is universally liked, and sometimes we have to train ourselves differently from before.

You can try Apple feedback to let them know you don’t like it. But there’s no option to make it like it was before. At least not now.

I have the opposite problem. No matter what I do, Siri keeps suggesting the same thing over and over (and OVER) again. It has decided I must become aware of a specific note in the Notes app. Same one. Non stop. Can’t get rid of it.

I’m using an XS Max w iOS 16 - they worked normal before - all notifications were actionable - after 16 they are until summary comes up - then nothing below the summary is actionable - only delete! I will try turning summary off and report back but I think it’s either the summary or the age of the phone or both - maybe it wasn’t beta tested on my device since it’s almost 7 years old?

I doubt it has anything to with the the hardware. And fwiw the XS came out in 2018, just four years ago.

And I can confirm that I get summaries and the notifications below the summary in notification center can still be tapped to open the relevant app.

I have an older iPhone X that I keep as a just in case backup. I’ll try installing 16 on that and test with that later and let you know what happens on that device.

I have an older iPhone X that I keep as a just in case backup. I’ll try installing 16 on that and test with that later and let you know what happens on that device.

So, this is on the iPhone X. It doesn’t show what I did, but in this case I tapped the ESPN notification to see if it opened the ESPN app.

One remaining problem in addition to notifications simply vanishing from the lock screen whether I see them or not is that the photos app doesn’t seem to be sending me notifications of shared photos all the time. A lot of times I don’t end up seeing them unless I notice the share badge on my Mac.

I too have noticed that my photos notifications are only visible for a short time - then they go away on their own? Altho when I had summaries enabled that still happened my other notifications could not be used except those in the summary - not the older ones - turning off summaries might get your photo notifications back but like mine they may go away without your noticing them???

Which is more complicated? Flying a Saturn 5 rocket (mostly manual, switches and dials etc) or trying to figure out notifications in ios? Between focus modes, swiping up and down, persistent and not, every app having its own ideas anyway, some working with focus or urgent messages or whatever and some not, not to mention no decent documentation and eleventy bugs so it doesn’t do what’s its meant to anyway, I’ll venture most people have given up.

That isn’t a helpful comment, other than I’ve given up assuming anything is going to notify me usefully because it just doesn’t ™, and that’s my suggestion to fix this: If you want to know that an app wants your attention, open it. (and yes, that is nearly useless for devops)

The point is simply that there is no way to know if there are or aren’t notifications hidden below the screen.

It looks like perhaps this annoying behavior will finally be rectified in 16.2. The fly in the ointment is that it’s apparently (as of beta 4) only for notification center, not lock screen. 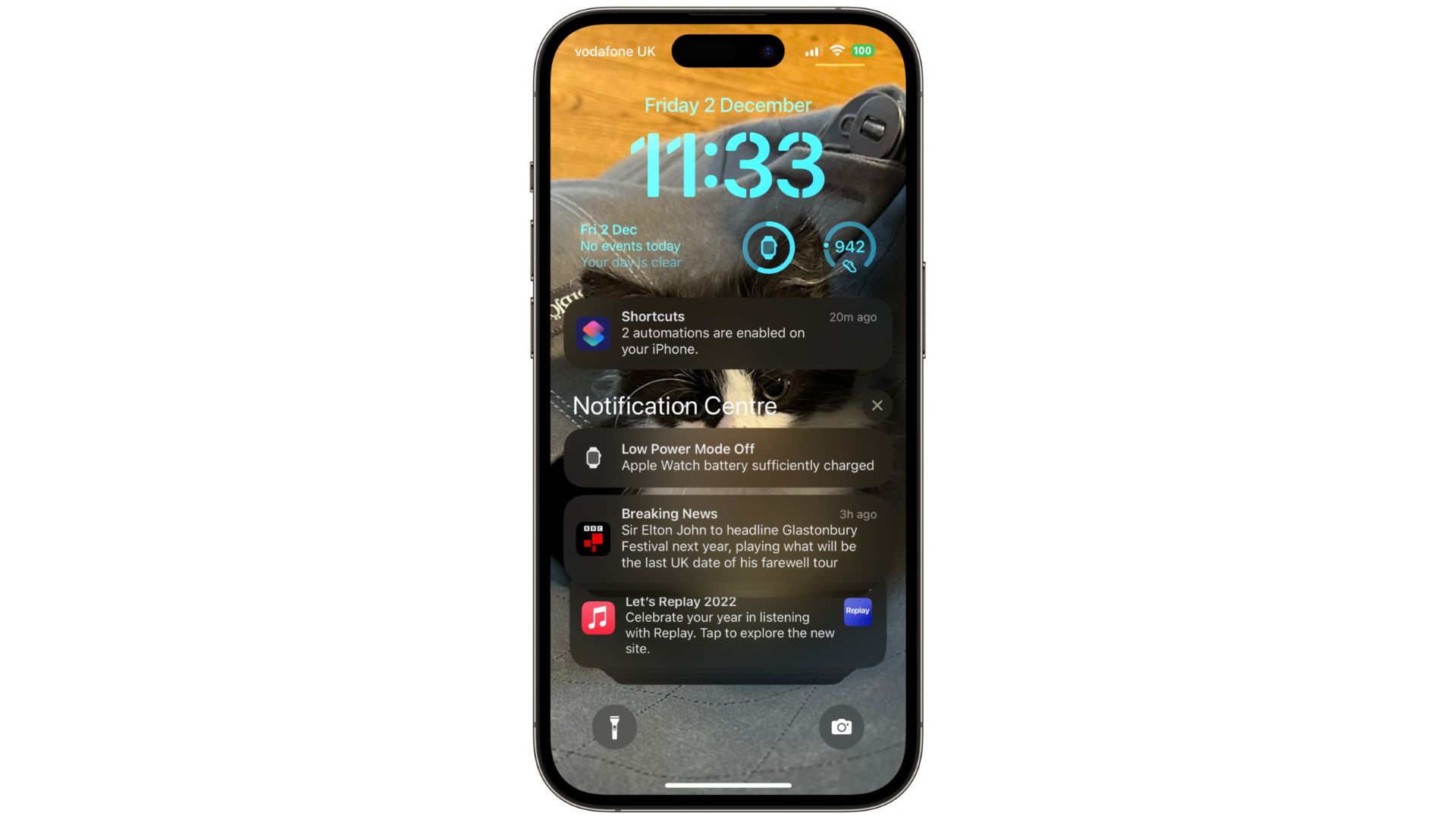 In a small but significant change to the way the Notification Center works in the latest iOS 16.2 beta, older notifications are now shown by default...

It looks like perhaps this annoying behavior will finally be rectified in 16.2

This is the behavior that Apple’s support page has described all along with iOS 16.

Use notifications on your iPhone or iPad

Learn how to view and manage your notifications to minimize interruptions throughout the day. 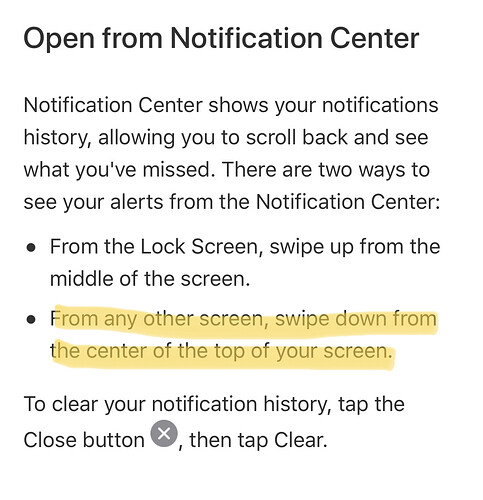 Note that it doesn’t say anything about swiping up to see notifications after opening Notification Center. And this isn’t new since the beta; it’s had this language since September.

As has been pointed out several times here already, it’s not about swiping or where you swipe from. It’s about hiding notifications entirely with zero visual cue that there would be something there.

Unless a user swipes up from the void to verify if anything’s hidden behind, they would never know. It’s as if there were no voicemail or email badge to inform you that while you were gone something came in and the only way for you to find out would be to constantly launch those apps and check their listings. That would be stupid.

But fortunately, it looks like Apple is finally aware and fixing it. At least in NC. I’d still like to see some kind of visual cue added to the lock screen so I know when they’ve hidden away something I wanted to be notified about. For all I care, it could be just having that little label “Older Notifications” (like the one that shows up now once you swipe) persist whenever there are hidden notifications, telling me that now there’s something to actually swipe up for. Rather than just swiping blindly to find out if there’s anything hidden away.

(BTW, just let “hidden notifications” sink in for a moment

Can anybody who’s installed 16.2 or the RC (which apparently had the same build no.) comment on the changes made to hidden notifications in NC?

There’s no mention at all in Apple’s all but useless “release notes”, however, there have been multiple reports about this during the betas.

When you power on the phone to the Lock Screen, things are exactly the same.

When you pull down the notification center when the phone is unlocked, you now see your notifications without needing to swipe up.

Yay. Just tried it on my iPhone.

One thing that had noticed is that with the Dynamic Island, it’s a lot harder to figure out where to start pulling down in the center of the screen to get notifications when on a Home Screen. I discovered that pulling down from the top left by the clock always gets me notifications.

The notifications seem to be disappearing again without any indicator that they are just hidden and need to be dragged up on the lock screen.