If you want to explore the capabilities of Claris Studio check the other posts from DB Services concerning Claris Studio : Learning FileMaker | Scoop.it

Any news on freemium Claris Pro?

@mschmitt This will tell you where to go to be the first to know: On the path to freemium - Corporate Announcements - the.fmsoup.org - Independent FileMaker Forum. Help, Discussions & Answers for Developers and Users

I also recommend fmsoup for everything related to Claris, but I am obviously biased.

Current expectation is early next year for the release.

I’m in a bind. I have been using version 12 of FileMaker Pro for years and earlier versions leading up to that. I only have two uses for it, both databases are stored locally: a contact list used once a year for a special USPS mailing and an inventory of my lapel button collection.

I upgraded my OS to Ventura the other day and now I cannot open my version of the app.

At the moment it seems that my options are

A. wait and not use the application until the new Claris Pro becomes available (“early next year”),

B. get a 45-day free trial and hope that it will carry me over till the new version becomes available,

C. get “Essentials at US$21 per user/month billed annually”… though I probably only want it for 1 month till the new version becomes available (it’s not clear if I can cancel after 1 month and get a refund),

Can anyone offer any clarity on this situation?

I upgraded my OS to Ventura the other day and now I cannot open my version of the app.

Look for a cheap, older MacBook Air, iMac or Mac Mini. Down here in Aus you could get an old Mini or iMac for $100. It would be cheaper than buying the app. I’m not sure of the status of virtual machines on Ventura (I don’t use them) but this could be another option.

If you have a bootable clone you could use that on the rare times you need to FMP.

If I were you, I would wait it out. If by the time you need to do the USPS mailing, the freemium version is not available, get the trial and use that. I would wait until freemium is available for everything else (under the assumption there is no emergency to access your lapel button collection file).

Sounds like you got bit by what I did when I upgraded my Mac from a 2011 mini running Sierra to a 2018 mini running Catalina. Starting with macOS 10.15 (Catalina), support for 32-bit apps was dropped - everything must be 64-bit.

I paid the $594 for version 19 (two years ago), with the expectation that it will last long enough that the overall per-year cost won’t be too horrible. My guesstimate/hope is that it will work until Apple drops Rosetta from Apple Silicon macOS, at which point I’ll need to buy an ARM build of FM.

(You may want to skip the next two paragraphs, which explain the logic I’m hoping will prove to be true)

We don’t know exactly when Rosetta 2 will be dropped, but here’s what happened with the PPC-Intel transition: Apple introduced Intel to macOS as a special build of 10.4 (10.4.4, January 2006). Version 10.5 was dual-platform. Version 10.6 (June 2008) was Intel only, but supported PPC apps and had updates until July 2011. 10.7 dropped support for PPC apps. In other words, they dropped PPC app support 4.5 years after Intel was introduced and 3 years after PPC hardware support was dropped.

If Apple follows a similar pattern, then I’m hoping that Intel 64-bit app support will continue until 4.5 years after Apple Silicon was introduced (Big Sur, June 2020, implying support until December 2024) or 3 years after Intel hardware support is dropped (implying at least 2026, since Ventura is still Intel compatible).

If you don’t want to bet on my assumption proving to be true, another option is to buy an older version that may cost less. There are some sellers on-line selling FMP 16 license keys for a much more reasonable price. Just be sure to do your homework and check out the seller’s reputation, since you don’t want to pay a scammer for a license key that is bogus, reused or counterfeit.

I see that Amazon is selling version 19 for $540. Still pricey, but a $54 discount isn’t insignificant either. https://www.amazon.com/dp/B088V1DZBL

If you or someone in your household is a full-time student or works for a school or a non-profit organization, you may qualify for educational pricing. Claris Store. Amazon sells the educational edition for $324 (https://www.amazon.com/dp/B088TZ2G6F), but I don’t know what kind of proof may be required to install what you buy, or if you’re on your honor to not cheat. (Please don’t cheat - when people do that, companies get more draconian, making life more difficult for students who need these discounts.)

You could also install a 32-bit compatible version of macOS in a VM (10.14 “Mojave” or older) and run your existing copy of version 12 in it.

You might also want to check out FileMaker Training | Beginner to Advanced Users | Video Training for Learning and Solving Problems - the training is US$199 p.a. but for US$100 more they will include a license for FileMaker Pro. No need to renew after the first year; by that time the “free” version of Claris Pro should be available and you will probably have watched all of the training content you’re interested in.

Andy LaCates of Claris joined the Filemaker Developers of S. California for a zoom meeting on Friday, Dec. 9, 2022 which was recorded. I was very impressed by Andy’s responses to questions about what is coming up for Filemaker. The video is available on YouTube: 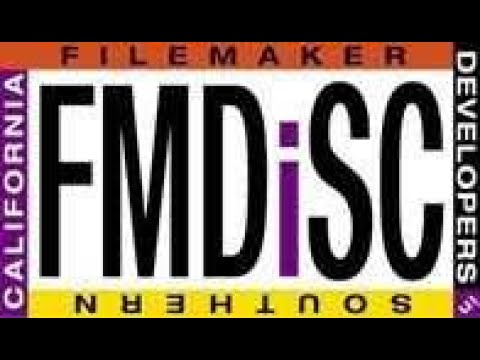 Does anyone know if the freemium version could be a viable runtime alternative? Could individual users get a freemium license and could I distribute a database to them? It would have to be a relatively low-tech setup or something that could be scripted.

I’m still using FM18 for runtimes, but unless something like this is workable I’m going to completely abandon Filemaker. Right now B4J is looking like one of the better alternatives.

Could individual users get a freemium license and could I distribute a database to them?

I don’t see why not, provided it’s a single user database.

The desktop version of B4X.

B4J is a 100% free programming tool, similar to B4A that generates desktop, server and web applications.

I was wondering why Filemaker is so darn expensive. I’m hoping their free version doesn’t take away too many options and makes it worthless.

I was wondering why Filemaker is so darn expensive.

In 2018, with the release of version 17, they decided to eliminate the Pro version. So now the smallest version you can buy today is Pro Advanced (which has been renamed to just “Pro”), at that product’s high price.

As for the new free version, what’s been said so far sounds good, but we won’t know until it ships and people have a chance to try and review it.

It’s been my experience that the basic desktop features (managing locally-stored databases) works fine as long as your Mac is capable of running the executable at all. Although old versions are not supported and (I’ve been told) that some of the network/sharing features of older versions may not work, my experience is that there really isn’t much problem.

I ran version 4 (I think) on a Mac Quadra (68040) and my PowerMac G4. I upgraded to version 6 when it came out because I wanted a newer version. I kept on running that version until I got my first Intel Mac and was forced to upgrade (macOS 10.7 dropped support for PowerPC apps). Then I bought version 11 and used it until I got a Mac running macOS 10.15 (Catalina dropped support for 32-bit apps). Then I bought version 19. which I’m running today.

Although I haven’t tried version 17, I would expect it to work, as long as you have a valid license key. If history means anything, the most important features should continue running great until Apple drops support for Intel apps. I have no idea when this will be, but I am speculating that this will be some time in the 2024-2026 timeframe. (see above)