How did Apple enable the iPhone 14 lineup to communicate with satellites in low-earth orbit? Through extremely complex engineering and the investment of large quantities of money in satellite company Globalstar.

I’m struck by how much Apple spent on this feature. It’s easy to say that no amount is too large if it saves lives, but realistically, Apple is in business to make money, not save lives.

I bet those $450M are nothing compared to all the “buy our device or die” marketing they now get to unleash.

This was a pure business move. And a bet that will handily pay off, I have no doubt.

Elon Musk had been pitching Apple to use Starlink for Emergency SOS, and it sounds like he’s now a big blabby sore looser: 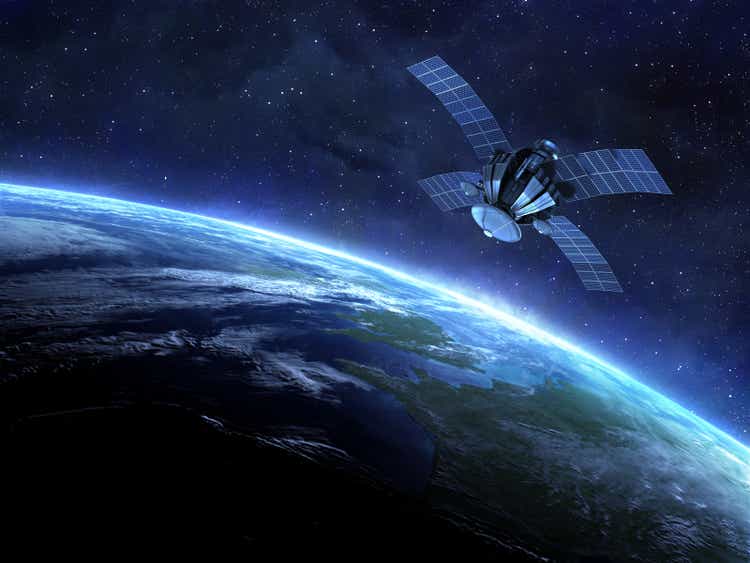 Due to the poor cell phone coverage in rural Australia I invested in a Garmin Inreach device that keeps us in contact with a satellite network. The monthly subscription is expensive but the reassurance of staying in contact with friends (via SMS and a unique cell phone number) and SOS services is probably worth it when touring. The Garmin Earthmate iPhone app works reasonably well with the inreach although the UI needs some work.
It will be interesting to see if Apple offers a subscription service like Garmin.
BTW - this development means iPhones are no longer just “cell phones” - maybe start using “mobile phones” like many other countries!

I used to do outside sales in upstate New York and found driving to the customer that there were many places with poor or no cellular coverage. The satellite service would be helpful in many situations.

I bet those $450M are nothing compared to all the “buy our device or die” marketing they now get to unleash.

I don’t see any problem with this, or with crash detection and the other emergency services Apple provides. I think that saving lives and helping people in danger is a good thing. And it was made clear that Apple is working to provide this service beyond the US and Canada, and that the service will be soon be available 24/7, and a significant % the $450M will pay for the 24/7 live emergency responders.

Apple is a for profit company, and this announcement has caused Android developers and manufacturers to go into overtime to come up with competing services asap.

The more I think about this, it seems to me to me that Emergency SOS would be an excellent feature that could be included in the much anticipated, “Project Titan”… Apple car.

As a side note, when I lived off grid over a decade ago, Globalstar provided excellent sat phones and service, much more affordable than the big names. They started buying up unused frequencies (forgive if that is wrong technical term) while launching more satellites. At the time back then, many folks thought they were foolishly buying worthless frequencies. Their SPOT satellite service has been literally a lifesaver for many back country hikers, skiers, and is likely what caught Apple’s attention.

The most astonishing thing to me was the very last statement in the Apple press release:

“In 2021, Apple announced an acceleration in its US investments, with plans to make new contributions of more than $430 billion over a five-year period.”

$430 billion??? This satellite deal was only half a billion. What are they going to do with the other $429 billion?

430 billion??? This satellite deal was only half a billion. What are they going to do with the other $429 billion?

There was a press release last year: Apple commits $430 billion in US investments over five years - Apple

Thanks. But I still wonder what might appear if half a billion dollars can produce something as radical as satellite communications from a phone.

I spend a lot of my leisure time here in New Zealand tramping (hiking) out of cell-phone range. I take a personal locator beacon in case of emergency. Pushing its button conjures up a helicopter and rescuers but there is no ability to have let them know in advance what the nature of the emergency is. SPOT and Garmin Inreach are good additions allowing for text messages as well as alerting the emergency responders. A satellite phone is expensive, heavy and bulky. I’m looking forward to being able to communicate with emergency services via my iPhone if needed. Bring it on Apple.

What a fantastic innovation. Apple is once again raising the bar for what will be considered the new normal for mobile communication! I hope they will offer short term subscriptions (e.g., like a month) for when you know you’ll be travelling or in remote areas. It’ll be like buying travel insurance; you hope you don’t have to use it, but it’s there just in case.

It’s easy to become cynical of the corporate world, in that the ultimate and only value held, is to make money. Unfortunately, that seems to be the general rule for most organizations.

That particular value-set does not need to be the case. It is possible for organizations to do good, and be profitable. These are not necessarily mutually exclusive values. I am hoping that is what Apple is attempting. I don’t know what their values are exactly, but I hope we can give them the benefit of the doubt.

In my area, I can see lots of people who would disagree with this. I have two friends who are both upgrading to the iPhone 14 because of the satellite feature. The added safety feature was enough to tip the scales of the “is it time to upgrade my phone” in both cases after several years with the same iPhone.

Both are day hikers in New England, nothing extreme; but there are lots of places with no cell signal around even without being on a hiking trail. Even driving inside my town (one of the largest in a rural region) there are dead zones from hills, but one could still see the sky.

As a slightly more adventurous hiker than them, I’m also in the same boat, but it’s the iPhone 14 Pro’s camera that is the bigger draw for me; the 2 years of free emergency SOS satellite features is a great bonus feature.

The Emergency and Find My satellite feature has gone live in the United States and Canada. Apple’s press release gives a good explanation of how it works and indicates how limited it is compared to a satellite phone. 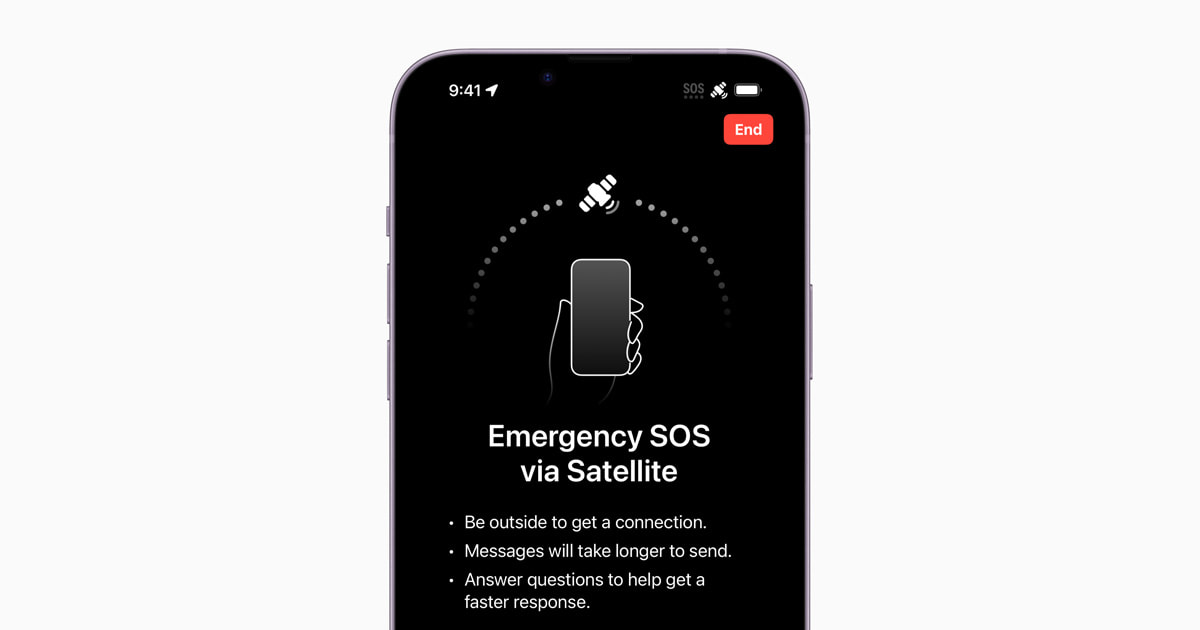 Apple’s groundbreaking safety service Emergency SOS via satellite becomes available to customers in the US and Canada starting today.

In my area, I can see lots of people who would disagree with this.

Sure, but I’m talking about iPhone numbers here—Apple reportedly sold 40 million iPhone 13 models in last year’s holiday quarter, so when I say there can’t be that many people in this situation, I’m thinking of it as a proportion of tens of millions.

The Emergency and Find My satellite feature has gone live in the United States and Canada.

My favorite comment is that there’s a demo mode!

Use Emergency SOS via satellite on your iPhone 14

With iPhone 14 and iPhone 14 Pro models, you can use Emergency SOS via satellite to text emergency services when you're out of cellular and Wi-Fi coverage. You can also use the Find My app to share your location with people via satellite.

Share your location via satellite in Find My on iPhone

If you’re outside cellular and Wi-Fi coverage, you can share your location via satellite using iPhone.

Note that you need to share our location with specific contacts via Find My before you leave WiFi or cellular connectivity for this to work.

As I mentioned the Garmin Inreach subscription is relatively expensive. Their monthly subscription allows more SMS and map data than an ad-hoc subscription and might be better value for those doing several remote trips per year.
Anyway, it is great that there will be more competition for this type of service.

Pretty sure this is paywalled, but Joanna Stern wrote a review of Apple’s Emergency SOS feature in today’s WSJ: 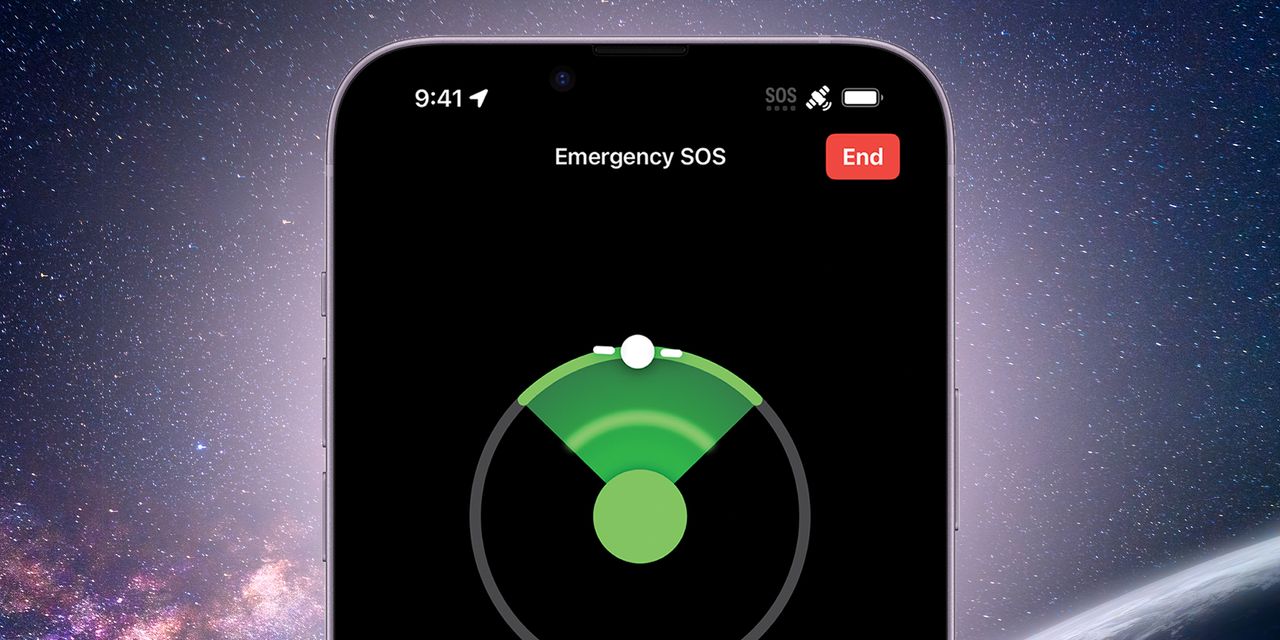 If you’re ever in trouble and out of cell-service range, Apple’s new emergency messaging could help. Otherwise, you would never know it was there.