Apart from people who live in areas, often urban, that suffer regular natural disasters that can take out cell/wired telco infrastructure.

Forest fires, hurricanes, earthquake/tsunami are the ones that spring to mind in a US context. All things that in the Scottish mountains where I sometimes live and lend my Inreach and Spot devices to visitors are nor a risk factor, Plus of course RTA, road traffic accidents in remote areas.

Anyone who was in New York City and vicinity around the time of the 9/11/2001 World Trade Center attacks would vehemently dispute this. Verizon, who is still my cell carrier, had its antennas up 119 stories on the roof of the first building that was hit: 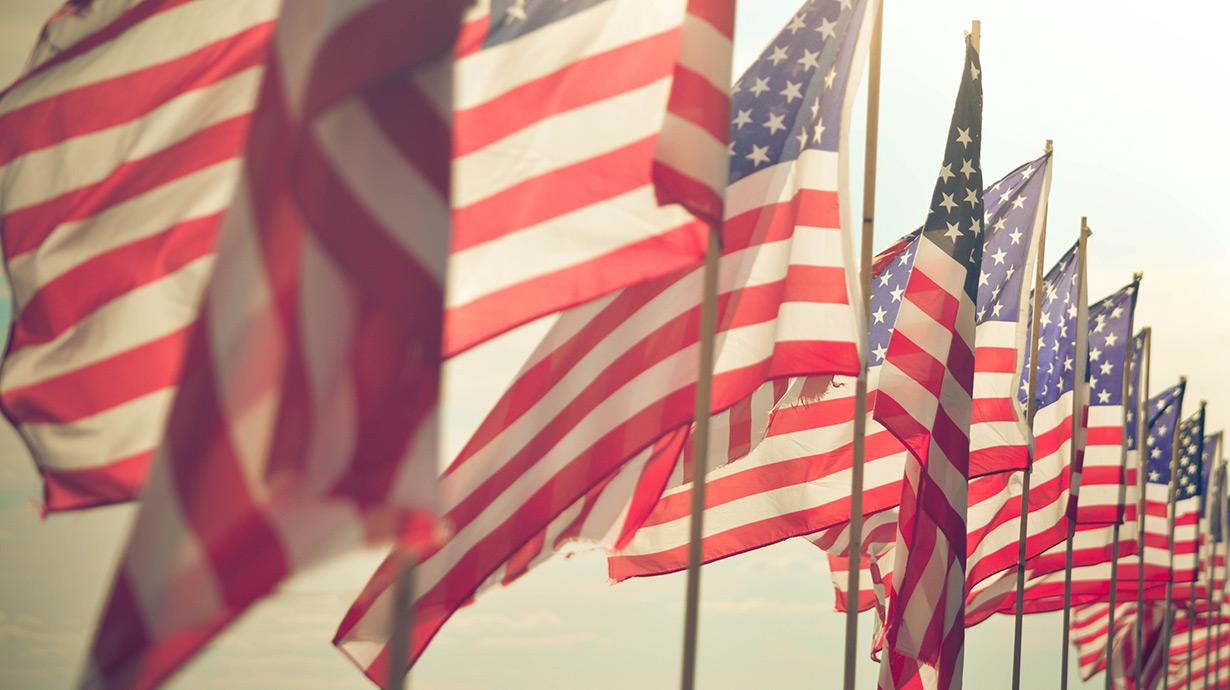 Gone but not forgotten.

Remembering the V Team brothers and sisters we lost on 9/11.

And at the time, that Verizon location was also the mobile carrier for a big % of the NYC police department.

A few other cell providers had antennas on the roof.

And during Hurricane Sandy and other weather disasters, as well as electrical outages, there are often problems in certain areas.

Sure, but I’m talking about iPhone numbers here—Apple reportedly sold 40 million iPhone 13 models in last year’s holiday quarter, so when I say there can’t be that many people in this situation, I’m thinking of it as a proportion of tens of millions.

Agreed that millions is a number that Apple might notice, but having lived overseas and in more rural parts of the US, I’m still amazed at the amount of tech companies and software developers that assume that a connection will always be available and design/engineer their products to match (ie poorly). In most places in the world, the opposite is true, even areas with large populations.

Another thing to consider is that Apple also courts the aspirational market, like with the Ultra watch. It’s not actually the best at several things it does (hiking, diving), but if you only do those things once a year or more importantly, want/think you’ll do those things once a year…then Apple has you covered. I think a lot of people who generally are in cell coverage would consider the “just in case” as justified for the off chance of being protected, especially for family.

Anyone who was in New York City and vicinity around the time of the 9/11/2001 World Trade Center attacks would vehemently dispute this.

Seriously, though, how many NYC residents now have satellite communication devices because they’re worried about losing service in another 9/11-like attack? Do you have a Garmin inReach mini on your nightstand?

Anyone you know who doesn’t also venture into the wilderness?

I’m not arguing that Emergency SOS via satellite isn’t good, or that people won’t appreciate having it, but I just don’t think it’s the sort of feature that will change smartphone purchasing plans in a big way, which for Apple means millions of devices.

People who were going to get an iPhone will continue to do so—perhaps a little sooner than they might have otherwise—and people who consider iPhones too expensive or who prefer the Android ecosystem won’t.

I’m still amazed at the amount of tech companies and software developers that assume that a connection will always be available and design/engineer their products to match (ie poorly).

Right, but satellite communications won’t provide enough connectivity for anything beyond very limited text messages for the foreseeable future. Even the current dedicated satellite communicators are limited to text messaging from what I see; and I see global coverage satellite phones priced from $900 to $1600, with service priced at $45/$65 per 10 minutes.

Another thing to consider is that Apple also courts the aspirational market, like with the Ultra watch. … I think a lot of people who generally are in cell coverage would consider the “just in case” as justified for the off chance of being protected, especially for family.

You’re spot on! Emergency SOS via satellite is going to be one more feature that encourages upgrades in particular, and I can see it tipping some fence-sitting users to the iPhone camp who can justify the iPhone expense a little better with this as insurance.

Seriously, though, how many NYC residents now have satellite communication devices because they’re worried about losing service in another 9/11-like attack?

I’m a lifetime NYC resident, and on quite a few occasions, hurricane Sandy being one of natural disasters, there have also been major electrical overload blackouts:

Blackout in New York may refer to:

And in the hottest summer months, local blackouts tend to happen. I forget what year it was, but the building I live in was once the last one on the boarder of a major 100+ degree blackout. We were miserably sweating away and our refrigerator involuntarily defrosting while the building across the street had their air conditioners roaring. 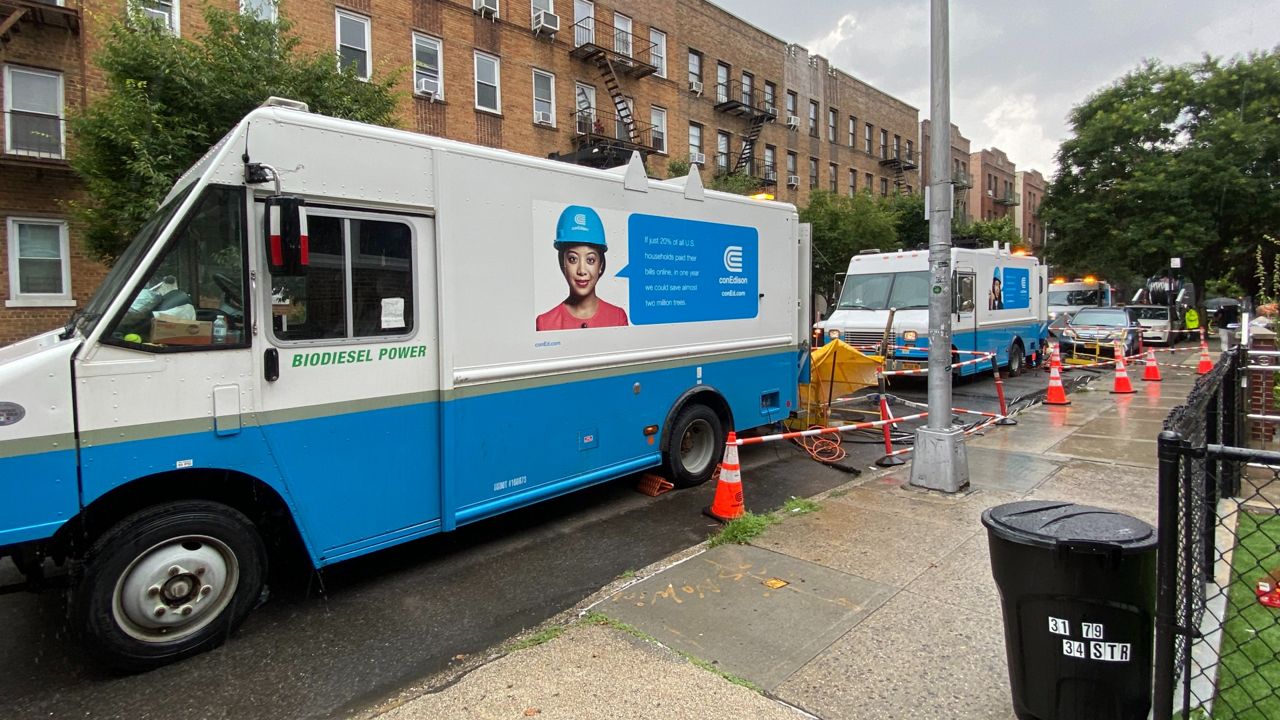 The outages came as a heat wave continued to grip the city. 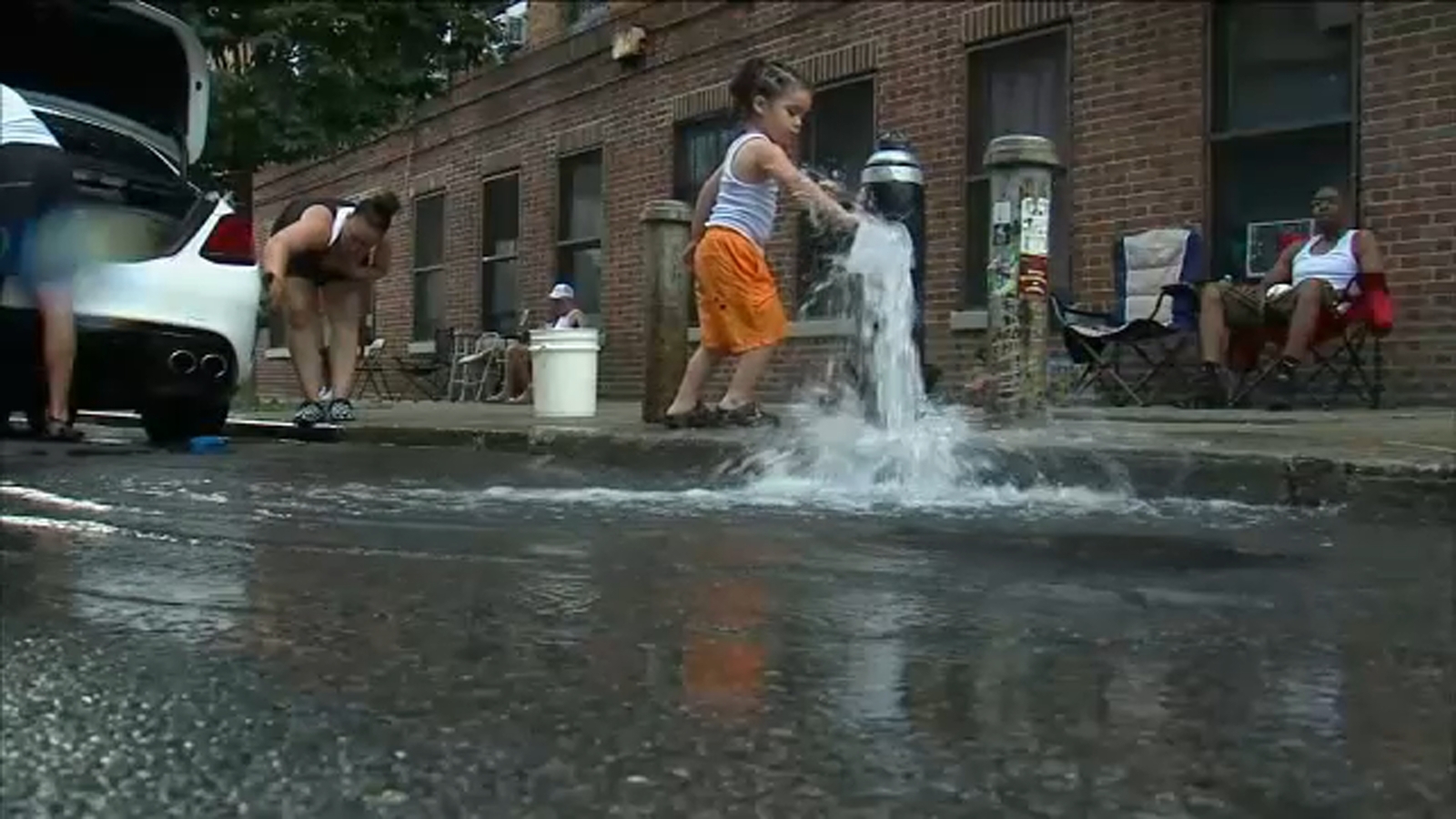 Some residents in the Bronx were forced to cope with the miserable heat, without air conditioning for most of the day on Tuesday.

Several elected officials are calling for an independent investigation after Saturday's outage that affected 72,000 Manhattan customers.

There has considerable discussion here about the desirability of being able to use the Satellite Emergency SOS feature in cases of natural disasters. I think, however, it is likely not to be important in these cases:

So, I think that the feature is quite useful in cases where a person encounters an emergency situation away from cellular networks. In California, once you get a few miles away from highway corridors or settlements, cellular coverage is quite weak. Even in major metropolitan areas, such regions exist. However, I think it will be of very limited use for events affecting the population.

However, I think it will be of very limited use for events affecting the population.

Another thing I read is that for location sharing via satellite to work you have to have already enabled location sharing with that person while you had internet access. That’s probably fine for close relatives and family you already share with, but in a natural disaster or blackout you’d possibly want to communicate with more people to let them know you’re okay and I’m not sure Apple’s SOS feature would work for that.

Down the road as satellite communications become more common, sure, but right now I think this is mainly for hikers and off-road situations, rural car crashes, etc.

Apart from people who live in areas, often urban, that suffer regular natural disasters that can take out cell/wired telco infrastructure.

I remember, several years ago, when an earthquake hit Northern Virginia. The cell phone network was operational, but it was so congested that calls and even texts couldn’t get through.

Somehow I think that satellite connectivity wouldn’t be any better. It would be just as many people fighting over even less bandwidth.

So no, I don’t think the “urban disaster” scenario will prove to be a meaningful use-case.

But I do think that the case Apple is advertising - needing emergency services when out of range of any tower - is reasonable. While most cell phone users live and work within range of at least one tower (otherwise, why bother with the device?), we all travel and sometimes end up out of range, even without hiking on a mountain top.

I’ve personally experienced complete loss of coverage while driving through rural parts of the US. Sometimes even on a major highway (e.g. on the Pennsylvania Turnpike near the Allegheny mountains en route to Pittsburgh). So there are definitely places where I would want this feature, should I be unfortunate enough to have an emergency while driving through one of these cellular dead zones.

With Inreach you can send a text message with your location to any cell phone number without needing an internet connection.
This is the way you first establish contact - they receive your inreach “phone” number and can reply to that number from then on. They cannot initially send you a text without this handshake message (i.e you cannot give them the number by other means).
So… it is important to set up your emergency contacts before your trip and maybe give them access to your tracking data (URL of an online map), in case you are incapacitated.

One does need access to a clear view of the sky in the direction of appropriate satellites. Thus, it is not helpful to folks actually trapped inside natural or artificial structures.

I think this is an important point that all users of satellite communication devices should be aware of, otherwise they might be lulled into a sense of false security. InReach does not work very well under tree cover (problematic in tropical rainforests) and in the shadow of mountains (e.g. in deep gorges in the Nepalese Himalaya). It will also depend on where the satellites are located (overhead/near the horizon?) and whether there are areas that are not covered. Some countries may also have restrictions on satellite communication devices.

I tested it today and ran into this. To find a spot with no cell service, I ended up in Shindagin Hollow, a deep valley in a very rural area (Shindagin State Forest, in fact). It’s about 15 miles from my house.

When I tried to access the satellite while on the road, it had me turn a few times but ultimately failed. So I walked up the hill on the side of the road 50 feet and that got me enough elevation to contact the satellites. I’ll write an article about it this weekend.

So no, I don’t think the “urban disaster” scenario will prove to be a meaningful use-case.

Then I guess we will have to agree to disagree - the load will be different as not everyone will have the necessary hardware to make the satellite call and unlike terrestrial systems the satellites can downlink out of the hazard zone.

The second largest group of callers is car drivers followed by motorcyclists.

Thanks for the Garmin link - fascinating stats

I might be typical user: I like to hike in areas that don’t have cell coverage. I was going to buy a Garmin InReach Mini2, about $450. then I hear about this. I have a 2020 SE which serves my needs fine, but I may forego the Garmin and get a iPhone 14.

I guess we’ll have to wait and see how the iPhone 14 compares with the inReach. However I would expect the design of the inReach to be optimised for satellite reception.
Given the threat-to-life situations where this technology is intended to be used the upfront cost and ongoing subscription seem worthwhile to me.
An example is likely to be the winter storms sweeping across the northern hemisphere where cell phone services are disrupted.
As it happens I have packed my inReach for a hike today in Australia’s Snowy Mountains…

agreed, I dont know enough about the capabilities of the iPhone 14 to judge, but as you say, IF you need it, you want it perform adequately

Got back from my hike safely

It reminded me of the mapping feature of inReach. Paired with the Garmin Earthmate app it displays quite detailed topographic maps on the iPhone with walking trails and the like.

A post was merged into an existing topic: Roller Coasters Can Trigger Crash Detection in the iPhone 14 and Apple Watch