It’s another of Apple’s “update five operating systems all at once” days, with this set of updates bringing the Intercom feature to more devices, better integrating the HomePod with Apple TV, and adding notifications when headphone volume could damage your hearing, along with some important security and bug fixes.

Clarification: you must have latest generation Apple TV 4K to use HomePods as home theater? The Apple TV HD will not do?

I bought the #1 HD TV of 2014 in USA. I still get asked about the quality of pic, and see surprised responses when I confess that it’s not 4K.

Yes, that tripped us up briefly too because Apple wasn’t clear, which is why we called it out in the article.

The feature doesn’t support the Apple TV HD or other AirPlay-2 enabled speakers.

Tonya and I have only an Apple TV HD as well, but luckily Josh was able to test with his Apple TV 4K.

This makes me wonder what happened to Big Sur. It has been in beta for what seems like ages. This is the longest macOS beta testing I can recall. In fact, I just installed 11.0.1 Public Beta 1. Did I somehow miss the official release of Big Sur to the general public?

My suspicion is Apple doesn’t want to release Big Sur before the new AS Macs. Once those are introduced next week, I’d expect Big Sur to follow shortly after.

You didn’t miss the Big Sur release because it has not happened. There are a few User Interface bugs that need to be squashed, among a few other things. My favorite is the authorization window that expects fingerprint ID and has no fallback for password. (Covid precautions have severely flattened my ridges.)

So hopefully the problem of the Apple TV (4K) “forgetting”:that Homepods are the selected audio output is gone.
I plan to update all devices in the next few days - subject to no reports of major update problems.
Update: I went ahead and updated my stereo Homepods, ATV and iPad to 14.2. So far this has gone smoothly. I rented a 4K Dolby movie from iTunes and the surround sound effect was noticeably better. So at last it sounds like the home theatre components are working together!

Did I somehow miss the official release of Big Sur to the general public?

We should all know a bit more next Tuesday. My best guess is that when the new AS Macs are delivered, they will have Big Sur 11.0 pre-installed and that same day, 11.0.1 will be released to fix some bugs on those Macs and introduce all older Macs to Big Sur.

But it was parenthetical.

Per The Elements of Style by Strunk and White,

You deemphasized instead of emphasized, and expected the reader to read it anyway. How dare you take such liberties, you English weenies?

The previous 3 replies are correct in their logic about waiting for release of Apple Silicon Macs to have Big Sur. New Macs always come installed with the very latest macOS. Apple must have Big Sur ready for those Macs. Logically, the reason we didn’t get it earlier is because the development cycle could not afford to spend extra time fixing Big Sur for existing Macs – having to optimize for brand new Macs on brand new CPUs. Expect the unexpected!

But on another level, here’s what one of the two great granddaddies of Mac (personal) Backup has to say: 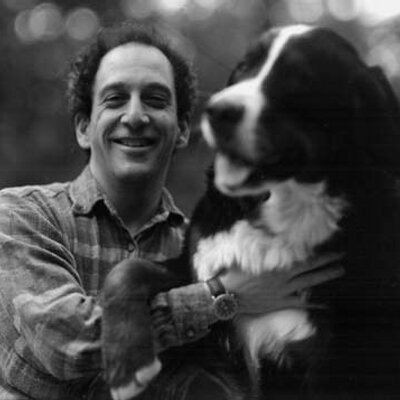 Today marks the first day during Big Sur’s development that I’ve actually been able to make a bootable copy. The first day it’s been possible at all. Today. November 5th. November. 5th.

I follow Joe Kissell’s advice in TC of Backups deciduously:

he believes in having bootable duplicates and thus so do I. Nanian of SuperDuper! fame was only just able to do that for the first time. I don’t consider that promising, if Big Sur also gets released on November 10.

I therefore speculate that Big Sur will not be released November 10. I’ll guess Friday the 13th. Totally appropriate.

I have also heard reservations from Mike Bombich of Carbon Copy Cloner, the other great grandaddy of Mac Backup. If these two top level Backup guys are cautious of Big Sur, then I won’t install quickly, even though I have 5 big problems in macOS now.

P.S. Remember that you can get discounts off any Take Control books by becoming a TidBITS member.

I have also heard reservations from Mike Bombich of Carbon Copy Cloner, the other great grandaddy of Mac Backup.

Are you perhaps referring to this article:

Yes, you can have bootable backups on macOS Big Sur | Carbon Copy Cloner |...

I wouldn’t call it “reservations” so much as “Apple has a bug, which they know about and will hopefully have fixed before release date”.

The current state (according to that article) is that you can make a full backup of your data, but you need to manually install Big Sur over that backup in order to make it bootable.

It also states that CCC will be using Apple’s built-in Apple Software Restore utility to clone the system partition in the future. There’s currently a bug preventing this from working, but all expectations are that this bug will be fixed because it is the same utility Apple uses to pre-load system software onto Macs in the factory.

In short, even if CCC can’t directly make a bootable Big Sur backup on day-one, it should be able to do so soon afterward, and there is a workaround if you require a bootable backup and don’t want to wait for Apple to fix their bug.

That having been said, I don’t think it’s ever a good idea to install a major system software upgrade on the first day of its release. There are always bugs, and we find out about them from the early adopters. I, personally, prefer to wait for the second or third update (this would be 11.2 or 11.3) at minimum, but I admit to being overly cautious.

If you want to be an early adopter, I would recommend not doing it on a production system. That is, not on a computer you rely on for your day-to-day activities. Do it on a machine you can afford to be without for a few days, should there be a catastrophic failure that you need to recover from. (In my case, that would be my laptop, which I can go without if I need to.)

In short: Your response is literate, diligent and cogent. I of course agree about the increased risk installing a major system upgrade quickly.

That wasn’t what I meant when I talked about Bombich: I had older history with him on APFS difficulties and had not yet read that linked article. An excellent link by you, BTW.

Let’s see how “soon” soon ends up being, about removing the bug. Apple has sometimes allowed bugs to remain for months or even years. I think TidBITS has covered such on diverse occasions, though I can’t swear to it.

A few months ago, I actually ended up helping Bombich find a (at least one) bug on creating blank disk images with Disk Utility. I’ll not try to paraphrase him, and I emphatically disclaim file system knowledge anywhere near his – did you know he used to work at Apple on this kind of stuff? It did not make me feel better about installing Big Sur, because he said that (it seemed to him) the issues we were dealing with would not be resolved by Big Sur. I don’t know if he changed his mind since then.

He did make it known to me also that he felt Apple in a pandemic was compressing its development schedule rather than allowing more time to figure things out … just as in the article you posted. That sense of caution was what I shared with the Huntsville Mac Users Group. If one of the great grandaddies makes cautious comments, I pay attention and serve fellow users by passing on such cautions and guidance. We’ll meet next Saturday after November 10, and the users will of course ask about November 10 and want to hear recommendations on Big Sur. I will relay my sense of things as augmented by new info … including the link you posted.

Although with manifold Catalina issues I really want to escape to Big Sur, I will wait. I also do not want to post info from Bombich’s emails to me without his permission, so I hesitate to go back to the emails exchange and copy/paste them here. If you/anyone are interested in the bugs and issues of disk images and APFS volumes, I can ask him for permission.

I can say one thing: his in-depth descriptions and diagnoses helped convince me to stop archiving data using disk images (sometimes read-only) and use APFS volumes instead. I bet this is covered in TC of Digital Storage by Jeff Carlson – which I’ve bought but haven’t read yet.

I intend to check the book further before the HMUG meeting on November 14. Jeff Carlson has a long productive history with TidBITS and elsewhere: his is a name I instantly recognize and I’ve learned to listen to him over decades, not just years. As is true for just about all TidBITS experts. The exception is that Adam guy … don’t know how trustworthy he is after only 27 years …

My wife just installed iPadOS 14.1 a few days ago (automatically) and has had WiFi connection problems since then (iPad wouldn’t connect unless WiFi is toggled off/on or iPad completely rebooted).
There seems to be no mention of this in the 14.2 release notes.
Anybody else having this problem? Is it fixed in 14.2?

I am having these problems as is my Mom, Good to know this update helps

I will get both upgraded tonight.

It looks like Apple claims to have a fix for the issue and Bombich is on it. 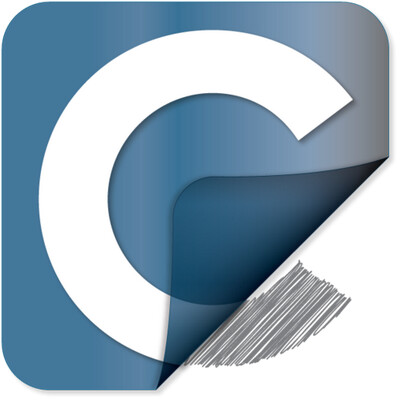 Apple fixed some of the APFS replication issues in the Big Sur 11.0.1 update, and CCC 5.1.23-b1 includes support for making bootable backups on Big Sur. To participate in this beta cycle, go to CCC's Preferences > Software Update and check the box to be informed of beta releases.
2 Likes
berndt (berndt) November 12, 2020, 5:11pm #17

Perhaps update the instructions to “…Audio Output *on the Apple TV”.

Hmm, I find this setting on both systems. In ATV settings (as mentioned) AND in Home app Settings for ATV. They are written exactly the same (Standardmäßige Audioausgabe) on both systems. I cannot check it’s function as I have no HomePod in the same room.

Why the heck is Default Audio Output only available for HomePods? I have a BeoSound Essence with two BeoLab 8000 speakers (in the same HomeKit room). I remember times (about 3-4 years ago), when BeoSound with BeoLab speakers was Default Audio Output ALL THE TIME! Some ATV Update broke this and since then I have to switch audio output EVERY time I start the ATV.