Apple announced the HomePod mini, a smaller, less expensive, and more rounded version of its two-year-old HomePod. The expanded speaker line has little in the way of groundbreaking features as it competes with speakers from Amazon and Google, but at least it’s now more affordable.

No worries! Appreciate your dedication!!

Kinda confused. The current HomePods and all my phones (including an iPhone 7 with no U1 chip) have haptic feedback during handoff.

Honestly, we’re not really sure what the difference is either—Apple spun through that very quickly.

I just went back and listened to this section of the talk, and Apple’s saying that later this year, the U1 chip will be used to enhance the existing handoff experience. Scroll to about 6:20 in. 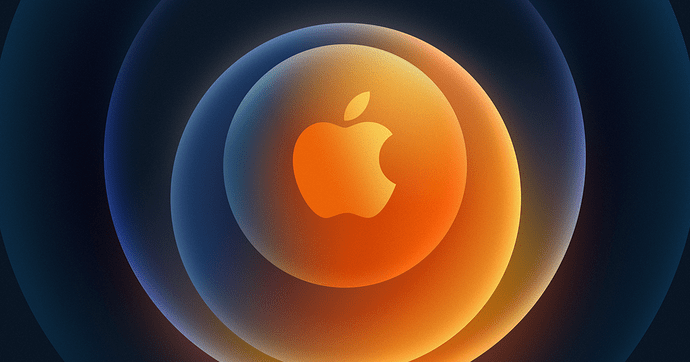 In theory, that should still be enough bandwidth, but the increased latency and reduced throughput might put limitations on creating stereo pairs of the HomePod mini. I was also thinking that the difference in Wi-Fi support might also explain why you can’t create a stereo pair of a HomePod and a HomePod mini.

The other interesting thing I learned is that the HomePod mini supports a new Internet of Things networking protocol called Thread. This is the first I’ve heard of it, but it sounds like it might be part of the Apple/Google/Amazon Connected Home over IP collaboration.

Thread is an IPv6-based, low-power mesh networking technology for IoT products, intended to be secure and future-proof. The Thread protocol specification is available at no cost, however this requires agreement and continued adherence to an EULA which states that "Membership in Thread Group is necessary to implement, practice, and ship Thread technology and Thread Group specifications." Membership of the Thread Group is subject to an annual membership fee except for the "Academic" tier. In July ...

The other interesting thing I learned is that the HomePod mini supports a new Internet of Things networking protocol called Thread.

Thread has been around for a few years, although it has recently become popular as a possible IoT protocol. It competes against several other short-distance networking protocols including Bluetooth, Zigbee and Z-Wave, all of which are short-range, non-Internet protocols (sometimes featuring mesh capabilities for extended range.)

Thread is built over 6LoWPAN, which is IPv6 running over low-power wireless “personal area networks”. A personal-area network is one with a very short range, typically used for communication between devices worn on or installed in a human body (e.g. a smart watch, a headset, a glucose monitor, a pacemaker, etc.)

In the case of 6LoWPAN, the PAN used is IEEE 802.15.4, which is used as the basis for several other similar technologies including Zigbee.

There has been a lot of work in the domain of short-range networking, including devices we don’t normally consider networked, like garage door openers. With IoT becoming more popular and problems with putting Wi-Fi everywhere (including cost, power consumption, size and security), it’s not surprising that all of the major IoT players are now looking at these “PAN” networking technologies.

Will there be a big shake-out that makes Thread the dominant player over the rest? Will Bluetooth Mesh win? Will Zigbee suddenly become popular? It’s anybody’s guess right now.

Was it mentioned that the Homepod and Homepod mini can exist together? I know adding a 2nd Homepod can make it stereo but what about a Homepod + Homepod mini? Why hasn’t Apple made more than just two colors? Why not brown? tan/beige? or fun colors for kids/teens?
Not sure about you, but that entire Hi Speed felt like an infomercial. Very good production values/camera work but just marketing…Apple. (I wouldn’t give my 12 year-old a $600 phone to record shredding/skateboarding videos…instead - here, take this $200 GoPro…can do much more and not damage/lose an expensive smartphone–right?)
Free tip: wait for BestBuy sale on Homepods…usually $100 less than Applestore. I got a pair for $199 each instead of the $299 retail at Apple.

I know adding a 2nd Homepod can make it stereo but what about a Homepod + Homepod mini?

I haven’t read anything about this yet, but I don’t think it would be desirable. The two devices are going to sound different (which is better is a discussion I’ll leave to others). If you would pair them together, you’ll start noticing things like “gee, the left speaker has more bass response than the right”.

This is the same reason why, when assembling a stereo system, you always match the left and right speakers. You might be OK with a mismatched center-channel speaker or mismatched front-rear speakers, but you never want mismatched left-right speakers.

I don’t know how you would feel about that, but it would really bother me.

I have read that HomePod and HomePod mini cannot make a stereo pair.

Was it mentioned that the Homepod and Homepod mini can exist together?

Yep, in our article.

Thanks all! I dunno how I missed that line in your article, Adam!

I was thinking it would be neat to have a 3channel setup like two Mini’s (L/R) and the HomePod as the rear (sub). But then for that cost, one can get a decent Vizio soundbar with bluetooth (along with satellites and sub) with change to spare.
Ah, I read the loop article and it looks like TWO Homepods with 4K AppleTV will do some kinda Home Theater with Dolby Atmos in future update. Still, $300 to $600 is more than a non-Siri Speaker bar setup (5.1). Guess its up to your needs.

Amazing how Apple spent almost no time discussing how a Pair of original HomePods in a main entertainment room would integrate into a gaggle of HomePod minis scattered around a house. No U1 WideBand chip in the original, but after a bit of finagling I was able to have Siri find my watch by speaking to my HomePod original. From the comparison sheet on Apple’s website it looks as though the original HomePods will be able to participate in the Intercom feature, and THAT may become the signature feature of the device, driving families to give up on the embedded, vehicle manufacturer specific infotainment centers in their cars so long as one uses CarPlay when driving about.

My Audi SUV can display gorgeous Google Earth maps as I’m driving, but the driving instructions and video clues from iOS are superior and more user-friendly. If I’m 45 miles away and my spouse can remind me that we really need that one signature enhancing ingredient for the dinner we’re making for guests, that will be AWESOME (assuming, of course, that I’ve not just picked up our dinner guest and she casually mentions that the dinner has to be just perfect because he’s SUCH a jerk!

Intercom? Did someone say Intercom? That’s a nice feature if only I could find it somewhere. Guidance please?

Hi, it’s the U.K. calling. It’s all about Spotify here so

Plus can I Airplay from any app to this? Plex? Roon? If not then it’s not really a competitor to other WiFi speaker options.

The Intercom feature was mentioned in the presentation. It starts at 10:15 in the Youtube video.

It’s also on the HomePod mini’s web page. Scroll down a bit to find the description: 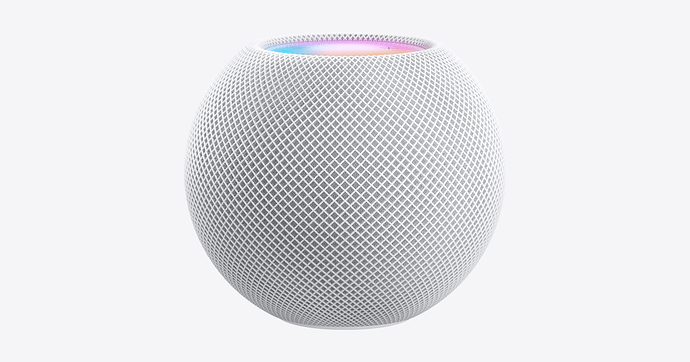 HomePod mini delivers room-filling sound, is an intelligent assistant, helps you control your smart home, and keeps everything private and secure.

Thanks. So Siri and carPlay are the entry points to this feature?