31 Years of TidBITS Keeping It Real

Originally published at: 31 Years of TidBITS Keeping It Real - TidBITS

Has it really been a year since we marked our 30th anniversary? It was hard to stay positive in 2020, but just as science and technology have given the world a way out of the pandemic, we’re going to focus more on the positive ways Apple-related technology can improve our lives.

I think I’ve been with you and TidBITS for about 29 of those years, Adam. My first issues came through my Compuserv email account and I was so impressed when I got a setext reader that could translate all those odd punctuation marks into reasonable facsimiles of bold and italic.

Good luck to Tristan in his academic work, and thanks to you and Tonya for your remarkable contributions to the Mac community.

I think I’ve been with you and TidBITS for about 29 of those years,

When did Adam write the The Internet Starter Kit?. That was my first run in with Adam.

I was in college at Rutgers and found the book to get my Mac SE onto this Internet. Back then, it was logging onto a Unix server via Red Ryder software. I had a fast 9600 baud modem.

The book was a great help in finding a much bigger world.

I was so impressed when I got a setext reader that could translate all those odd punctuation marks into reasonable facsimiles of bold and italic.

Wasn’t setext great? Ian Feldman did the bulk of the work on that, and then Akif Eyler (who I still hear from every now and then) wrote EasyView for viewing setext documents. setext was also a precursor to Markdown, to the point where Markdown viewers would interpret setext documents flawlessly.

When did Adam write the The Internet Starter Kit?. That was my first run in with Adam.

The first edition came out in September 1993. I was so happy when Karen Whitehouse, Hayden’s acquisitions editor, managed to license MacTCP from Apple for it, meaning that the $30 book had a piece of $60 software on its disk, not to mention the fact that you couldn’t really buy MacTCP separately—this was well before Apple Stores, and MacTCP wasn’t something Apple sold generally. It was mostly site-licensed to universities then.

Congratulations, and thanks for TidBits Keeping it Real!

I just learned about TidBits-Talk after going through my account info recently after talking to you. It will be nice to start using it.

Just found a Tidbit file on my Mac that I saved from Feb 4, 1998: “All About Macintosh Extended Format (HFS Plus)” by Geoff Duncan. It opened in SimpleText, no it was TextEdit!

Have a wonderful day today!

Can’t prove it but I’ve been using TidBITS since almost the beginning. It’s paid me many times over what my membership contributes. Thanks, Adam & Tonya

Congratulations to you both on yet another great year, both professionally and personally. We’re so lucky to be the beneficiaries of your clear vision, dedication to the community, and willingness to focus on goals other than “How can I make the most money possible from this thing?”.

Thanks for being you!

I just learned about TidBits-Talk after going through my account info recently after talking to you.

Given that we have nearly 25,000 people on the main TidBITS list, I don’t encourage phone calls, but Rick was having trouble with changing the credit card associated with his membership and wasn’t receiving issues due to bouncing problems, so he gave me a call. I don’t normally pick up the phone these days (dratted robocalls) for unknown calls, but I did for some reason, and was rewarded by being able to help Rick out and have a nice chat!

Only the best publications can stand the test of time, and 31 years is proof of excellence. I became a Tidbits fan around the time that Adam’s Internet Starter Kit was released, and a TidBITS Talker since day one. TidBITS has always delivers excellent Apple focused editorial, advice, how-to and product information, troubleshooting, as well as keeping readers up to date on the latest hardware and software releases. And, of course, for carefully moderating and maintaining TidBITS Talk.

Cent’ Anni, L’Chaim, Slainte, Chin-Chin and many, many more. And Congratulations to Tristan!

Adam, I remember well the issue you put out when Tristan was born in 1999 (the same year I began my internet music discographies) with a link to photos of the birth. I also remember you saying that you would not push him into learning computers; yet a little while later, you were saying how you set up one of your older Macs for him to play around on. Hmmm. Now here he is pursuing a DOCTORATE in a computer field! Wow. Sounds to me like it all worked out the way it was supposed to (ha). Hearty congratulations on over three decades of TidBITS and thank you for providing all the news and assistance with using Apple products.

Given that we have nearly 25,000 people on the main TidBITS list, I don’t encourage phone calls

That’s a shame. I was just about to call to remind you that your automobile’s extended warranty is about to expire.

Happy anniversary to you and Tonya. And congratulations to Tristan on beginning his doctorate. I guess when you write about the Mac for 31 years the Apple doesn’t fall far from the tree.

“ We’re not perfect, but we try hard”

As good it gets, right there.

First started in ‘92 I think with you guys, at least that’s what I vaguely recall, talking about it to the design team at BAM, who mostly rolled their eyes at their geek of a boss.

Keep it up Adam and Tonya and Josh and all the writers. Appreciate the great work y’all do.

I remember the Starter Kit book, too. We are getting old

I became a Tidbits fan around the time that Adam’s Internet Starter Kit was released, and a TidBITS Talker since day one.

And can you pick Marilyn out of these 2000 and 2002 pictures from the TidBITS Ice Cream Social at Macworld Expo NY? (Hint: she has more hair than Dori.) 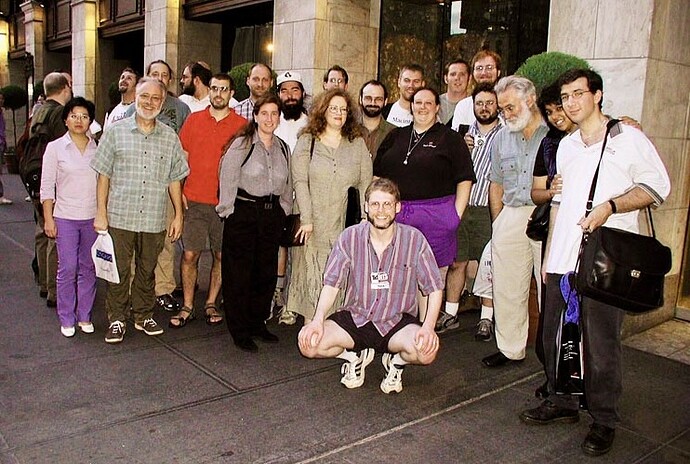 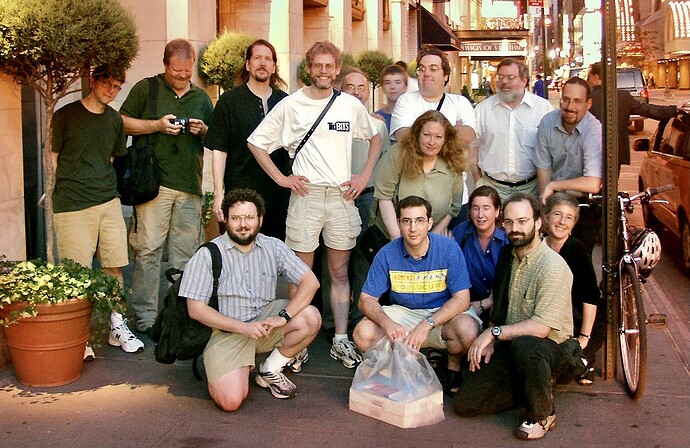 I was just about to call to remind you that your automobile’s extended warranty is about to expire.

Planet Money just did a nice show about these calls. They used to be “real” in the sense that there was some sort of a service contract behind them (albeit still a scam) whereas now they’re just aimed at getting some personal information for scammy purposes. 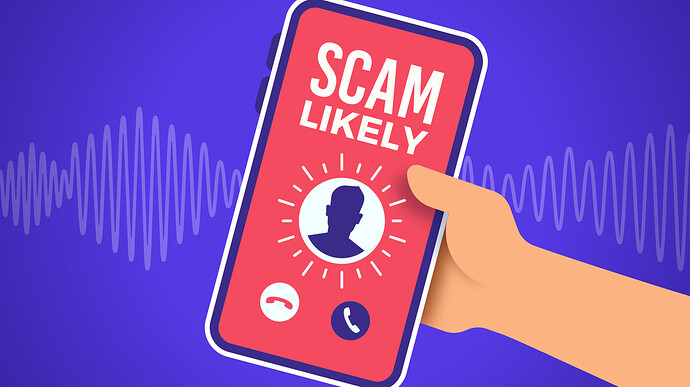 About Your Extended Warranty : Planet Money

Calls about "extended auto warranties" blow up our phones over and over. But what are these robocalls actually offering? | Subscribe to our weekly newsletter here.

I also remember you saying that you would not push him into learning computers; yet a little while later, you were saying how you set up one of your older Macs for him to play around on.

We stuck with that—Tristan only did computer stuff he wanted to. Alas, now he’s moving more and more away from the Mac world because for machine learning, he needs Nvidia GPUs, which don’t work with Macs. He bought a high-end gaming PC a year or so ago, not for gaming at all, but purely to run Ubuntu and for its GPU. And he’s looking at replacing his aging 13-inch MacBook Pro with a Linux laptop after he sees what things are like at Simon Fraser. Currently, he’s also using one of the 2014 27-inch iMacs whose SSDs I fixed, but mostly as a screen to SSH into his Linux box. As long as he stays in the Mac world, he still turns to us for IT help, but once he moves entirely to Linux, he’ll be on his own.

I can’t even begin to express my gratitude Adam for all your fantastic work over the years. Time and time again TidBITS has provided me with wonderful guidance that both improved my computer skills and save me lots of $$$ - and prevented me from making some pretty dumb mistakes lol. I will always be grateful for learning about Take Control books and most precious of all for me, Nisus Writer Pro, which continues to be the go-to word processor fo choice. Also I am grateful to all the posters to Tidbits Talk - what a great source of wisdom and community. Thank you all.

P.S. Regarding those photos posted, I’m glad you lost the facial hair!!

Thanks, ACE & Co. I’ve been reading TidBITS since the days when it was distributed as a HyperCard stack.

The beard was necessary when I was 19 so I didn’t look 13, and it wasn’t a terrible thing to look 5-10 years older. At least until I was 37, when I realized it was still working in the same way.

Congratulations to Tristan from a TidBITS reader in Vancouver. However, if he is to successfully find the SFU campus he should be aware that it is actually located in Burnaby, a suburb of Vancouver, and that from the Canadian viewpoint we are in the Pacific Southwest.

Congratulations and a big thank you for the tips and hacks over the years. I started with TIDBITs a long time ago and TIDBITS filled an information need as I am based in Australia, and in those early days, there was little useful Mac information available locally. Thank you for your efforts to stop using the term Fall for us international subscribers. All the best for the future of TIDBITS and its contributors.