What to do with a bricked Apple TV 4K

The title says it all. My wife came home one day and couldn’t get the Apple TV on. We tried all the usual - unplug it, plug it back in, but nothing worked. The little indicator light just blinks white, and it doesn’t respond to anything. I took it to the Genius Bar and they basically offered their apologies, since it’s from 2018, and is out of AppleCare coverage. I guess there’s not much to be done with it, right? I guess I just came here to vent a little about the increasing unrepairability of Apple (and other) devices. Even a USB port would go a long way to being able to diagnose the thing, or maybe flash the internal memory. Sigh.

I’m impressed you managed to break one! Apple TV has been my “beat” for 8 years now and that’s a first. Does it have a USB port? If so, you might try an iTunes/Finder restore.

I think it’s impressive too, considering it just sat in the cabinet under the tv for four years!

I’ve restored a 2nd-gen Apple TV via the USB port, but the 4K Apple TVs don’t have one.

Does it have a USB port?

Unfortunately not. There is a hidden Lightening-compatible port inside the Ethernet connector, but unless somebody is going to sell the magic Apple-proprietary cable to connect with those pins, it’s not much benefit to the rest of us.

After a new round of web searching I don’t think anybody has bothered to reverse-engineer/invent a cable that can mate with those pins.

Oh wow - I had no idea about that hidden port. Interesting - the genius who looked at it did say he did some diagnostics on it, so I guess that’s how. It’s just frustrating, because I feel like if DFU mode for Apple TV was a thing, I could troubleshoot it myself. Oh well. For the last few weeks, I’ve been using the free Chromecast Google TV thing Google sent me, and I have to say, it’s kind of nice.

I had no idea about that hidden port. Interesting - the genius who looked at it did say he did some diagnostics on it, so I guess that’s how

Assuming the genius actually did run diagnostics over this port, I’m surprised he couldn’t use iTunes (or Configurator or something) to just wipe it’s flash storage and install a clean image.

Or maybe he tried and it didn’t work - which would indicate a hardware failure and require the kind of work you can’t have done for free.

There are some suggestions here: 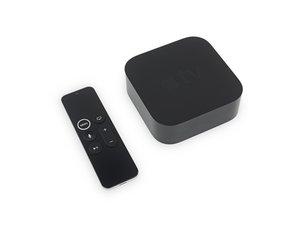 hi - For anyone searching for an answer to this question - I just had the same problem and called apple support as instructed. They are arranging for the Apple TV to be collected and returned for repair. I asked if there was any way to restore myself...

In particular:
"The tech at the genius bar had some useful info. He said the restoration method now uses the Ethernet port. He confirmed the bootloader will try to redownload the OS via the Ethernet port. However he didn’t clarify if this was downloaded from the Internet or from the Apple Store’s LAN servers.

Note that this didn’t work for the poster but might be useful for others.

This is helpful, can’t hurt to give it a shot. I looked on iFixit, but somehow missed this specific steps. Thanks!