Weather in iOS 15 Gains Precipitation Notifications (But Do They Work Reliably?)

Originally published at: Weather in iOS 15 Gains Precipitation Notifications (But Do They Work Reliably?) - TidBITS

Thanks to Apple’s Weather app picking up features from Dark Sky, the company that Apple acquired in early 2020, you can now turn on next-hour precipitation notifications in iOS 15. But they aren’t reliable for some users—how about you?

I live in San Francisco and have all the appropriate notification settings turned on. I’d say the rainfall predictions are very so-so. As often wrong as they are right. Not worth paying too much attention to them here.

For me the killer part of Dark Sky is the Apple Watch complication
center stage on infograph modular. Lots of info presented compactly.
I also like the presentation of hourly conditions on the iPhone, lots
of variables and forecasts, several days in advance.
I can’t vouch for accuracy, since it seldom rains here.
I hope Apple doesn’t screw this up. They need to fire the crew on
weather app and send the dark sky team over there.

The ’new and improved’ Weather app that supposedly incorporates the features of Dark Sky…well it’s pretty abysmal so far. Another instance of them buying a small software package and then messing it up rather than keeping the features that drew users to use it and Apple to buy it.

I didn’t see an option for Notifications in Settings>Weather, nor under Settings>Notifications. I had to open the Weather app, touch the hamburger menu on bottom right, then the three-dot menu on top right. No wonder people aren’t using this.

Been a Dark Sky user for years. Many times, I was the Go To Weather person, as it was pretty to close to spot on when it was going to rain. But since Apple took over, I’ve found I had to report the weather more than less, with it being a drizzle, but app saying no rain in area. Radar can have issues (not their fault, I guess) as some coverage drops randomly. I live in a tri-state area that has won’t have drought this year, for sure. But I am enjoying Windy more and more (especially the live strikes and sound/pressure waves that are amazingly accurate). However, Windy is moving to a “premium” subscription

with more info and shorter delays on forecasts. Having both has been great. For the most part, I have seen Dark Sky features now in Weather app, but I’m still using Dark Sky until its gone. If you asked me when they got bought by Apple how I felt, and knowing Apple’s history with devs, it was not glee or happiness but, there goes a great app and some rich Dev selling it.

That’s freaky—I can’t imagine why it wouldn’t show up in those locations, as I had in the screenshots in the article.

No, I have that enabled, so that’s not it.

I had the same experience as William. Nothing related to notifications showed up in Settings app at all until I used the in-app menu to allow notifications. After I did it all looked like the screenshots.

Until an app tries to or asks for permission to do notifications, Settings → Notifications doesn’t know to display the permissions switches for that app.

Something confuses me… I have an iPad and a iPhone. The on-screen widgets are not the same at all. On the tablet, I have the actual Weather Channel app (that looks very, very similar to what the desktop version looks like). On the phone, the widget is much poorer than on my tablet. I can not for the life of me find an actual app that says “Weather” or anything like that on my phone. BUT clicking on the widget does seem to launch an app. Looking everywhere, I do see some text about reporting an issue with Apple. The “full screen” version is also way, way less than what the Weather Channel app gives one.

EXCEPT in the “app” and the widget I DO see a Weather Channel logo. Huh?

And yes, as I prefer the Weather Channel app & widget, they are now my primary apps on my phone.

If the app exists (because you can launch it), but you don’t see an icon in the launcher, you may have hidden/removed the icon.

Try swiping left a few times to get to the app library screen and search for “Weather”. If you want to put it back in the launcher, scroll through the app library to find the icon (It should be in an Information & Reading) category. Long-press/drag it in order to place it on a main launcher screen.

The official Apple “Weather” app (apparently only available upon the iPhone) does have a Weather Channel reference at the bottom once it’s opened. Probably tech from them and DarkSky, and maybe others?

I’ve always assumed that this link (to the Weather Channel) is acknowledging them as the source of the data. Probably due to a contractual obligation related to their use of this data in the app (vs. simply linking to their web site).

I really like the animated Home Screen showing weather conditions in the area you are in, and that it now has so much data consolidated in easy to understand blocks of info on the screen.

Apple’s support site has a list of the many varied sources the app uses, and the Weather Channel is among them:

Feature availability and data sources in the Weather app

Learn more about regional availability and data sources for features in the Weather app.

A few years ago the Weather Channel TV station was split off from IBM, with IBM retaining the weather research and info division and the name, along with the website and its relationship with Apple. The App Store Weather Channel app probably comes from the TV station.

Hmmm, doesn’t mention Dark Sky, yet I hear the app will stop working in 2022. Did Apple buy them for their tech, or just to shut them down?

My guess is that Apple has been slowly and carefully incorporating Dark Sky into its own Weather app. And by purchasing the App from its developers, I’m guessing they might have discontinued, or will be eliminating, the Dark Sky Android app. That would not only bolster Apple’s services division, it probably leaves Android somewhat in the lurch, comparatively speaking. Once Dark Sky is gone, Apple will have the most reliable, informative and beautifully designed weather app on the Interwebs. And having the best weather app in its class, Apple’s services and hopefully hardware, can become more desirable to consumers and businesses.

As I said in the article, the Dark Sky Android app (and the other Dark Sky Web features) were all dropped in August 2020. The actual Dark Sky weather service still seems to be available for other apps to use, and there are quite a few that offer many more features than Apple’s, including CARROT Weather.

I’m not sure what the source is for the Dark Sky iOS app to stop working in 2022; I haven’t seen anything from Apple about that. 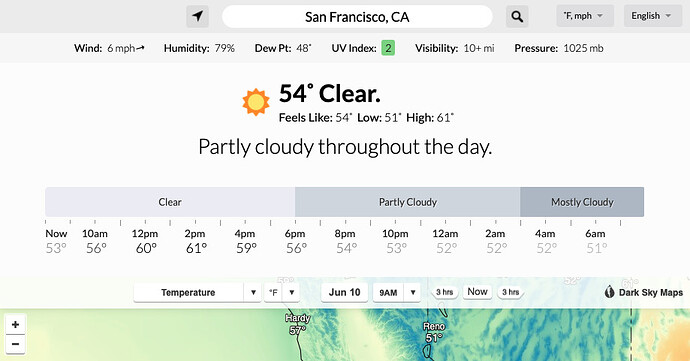 The iOS app is still available to purchase, if you want it. 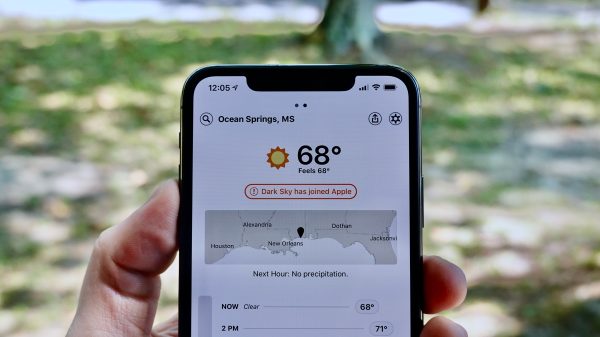 Dark Sky iOS app, website, and API now scheduled to shut down at the end of...

Just over a year ago, Apple announced that it was acquiring the popular hyperlocal weather app Dark Sky. At the time, Apple said the Dark Sky API, which is used by various third-party weather applications, would shut down at the end of 2021. Plans...

Thanks for the confirmation. And I see they’re linking to the horse’s mouth blog at

Blog of the best weather app and weather API in the world: Dark Sky

It’s a bummer that other apps won’t be able to use the API after 2022, but as CARROT Weather’s selection of services shows, there are plenty of options.