Turn Your iPhone into a Powerful Webcam with Camo

Of course what is so much worse is that then they started using that bottom ‘row’ of the TV screen to promo things during the show, such as what was coming up on the evening news, etc.

The bottom row on US TV broadcasts is an FCC mandated chyron: 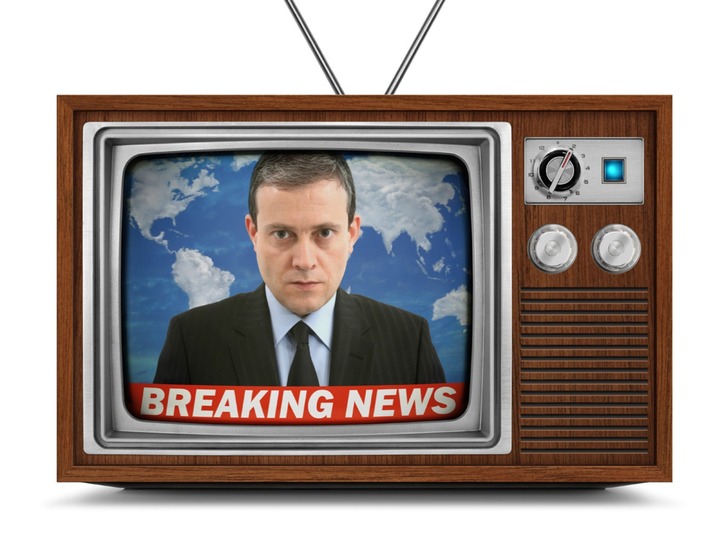 It's that thing at the bottom of your TV screen

It was mandated by the US government to be available 24/7 on all TV broadcast stations in the post WWll era, at the start of the Cold War. At the time, threats of an attack on American soil were taken seriously. Chyrons were required to be at least one line of scrolling type, and all TV stations had, and still have to, do a monthly test that includes the annoying, loud bleating noise, which is still mandated to this day. The TV stations absolutely hated everything about this until the cable/satellite TV era, when broadcast technology had evolved enough so that the chyron could be expanded, and run in color. Then the stations got permission and could use it editorially and for promos when not in use for alerts, so they became happy about it. Then they got permission to sell ads in chyrons, which made the stations and operators, as well as Madison Avenue, fall deeply and madly in love with it. It’s not like a commercial that can be zapped by a DVR.

Question: is there an equivalent to TV chyrons in other countries?

The bottom row on US TV broadcasts is an FCC mandated chyron:

But, as the cited article points out, the only part that is mandated is the use for emergency messages and tests of the emergency alert system.

All other uses are entirely up to the broadcasters.

Of course. But the chyron wasn’t available to broadcasters until TV broadcasting went digital. It took a while before the FCC allowed the stations to access the chyron. And because TV content had become more localized, FCC allowed it to be used for dangerous weather alerts first. the And in the Post War/Cold War era, a significant % of the US population was convinced nuclear war was probable. Anyone who attended public or private schools in the US from the mid 1940s to late 50s probably remembers the mandatory duck and cover drills: 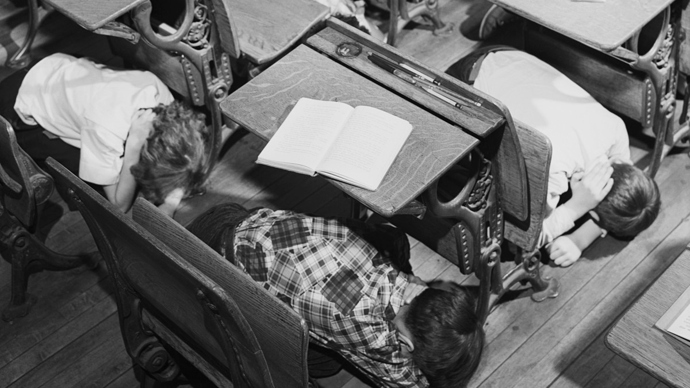 FYI - just a heads-up… I tried to use Camo today to record video in QuickTime Player while recording audio from my Samsung USB mic, and the audio and video are completely out of sync. The video is lagging behind the audio.

Customer support suggests this may be because the iPhone is plugged into a dock instead of directly to the MacBook Pro. It’s a CalDigit TS3 Plus Thunderbolt dock, so I’d be surprised if it couldn’t keep up, but I’ll try it directly connected next time and see.

n.b. The local QuickTime video had sync issues, but Zoom’s cloud recording had none. I have no idea what (if anything) that means, but I found it interesting, at least.

Camo support confirmed today that audio/visual sync issues are a known problem when recording in QuickTime.

Even when directly connected to the Mac.