Originally published at: The United States vs. Facebook - TidBITS

The US Federal Trade Commission and the attorneys general representing most of the United States’ states and territories are ganging up on Facebook to wrest away control of Instagram and WhatsApp and prevent Facebook from continuing to cement its dominant position in social networking.

Approval at the time of an acquisition is NOT a “Get Out of Jail Free” card for subsequent behavior. What will count will be FB’s actions afterwards, and from what I read, some of FB’s actions are highly suspect/likely anti-competitive.

But “# of AGs joining a lawsuit” is not necessarily a good metric for legal validity. (May it please the court here, I enter into evidence the number of state AGs who have joined Texas in the Supreme Court challenge to the election…

) Rather, it’s a measure of political viability of the prosecution. There’s political points to be made these days for attacking Big Tech.

I agree that the FTC’s approval of the Instagram and WhatsApp acquisitions is not a guaranteed defense. I’m not enough of an antitrust expert to know exactly how this stuff is interpreted, but it seems to me that a company could easily end up in a problematic monopoly position without acquisitions (see Microsoft and Apple) so it’s more up to the FTC and the AGs (who could take different approaches) to show that Facebook’s overall behavior is anticompetitive.

And you have a point about the state AGs aiming to make political hay, but it’s still notable that they’re from both sides of the aisle, whereas the ones supporting the Texas suit are all Republican. But as you say, Big Tech has been generating enemies for a while now.

Regardless, we won’t be going down the rabbit hole of discussing the election anymore.

The Onion has a hot take. 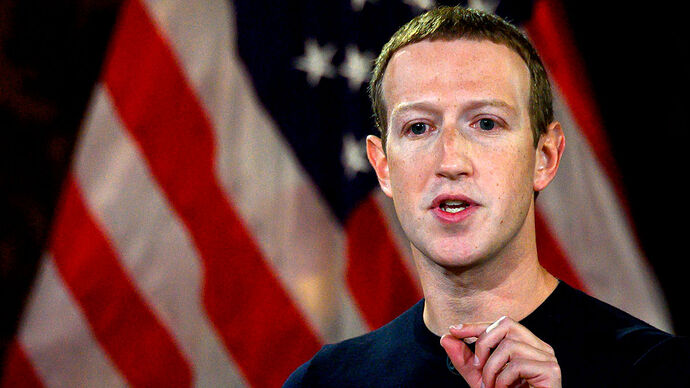 Facebook Announces Plan To Break Up U.S. Government Before It Becomes Too...

MENLO PARK, CA—In an effort to curtail the organization’s outsized influence, Facebook announced Monday that it would be implementing new steps to ensure the breakup of the U.S. government before it becomes too powerful. “It’s long past time for us...

I’m glad this is moving forward. The fact that 48 state AGs signed on to me also indicates this is going to go forward even past Jan 20 when Trump and his petty feud with Silicon Valley finally go away. I have to say though the whole thing leaves a bad taste in my mouth. These mergers should never have been approved in the first place (as I’ve argued before). Now having to go through years of court battles and spend millions of taxpayer $ just to correct the negligent behavior of the authority tasked with preventing this very thing from happening is a bit shameful IMHO.