The problem? It’s cold! I’m wearing gloves. They aren’t screen touchable gloves. And I don’t want to take the gloves off to take photos of my dog while on a walk.

That works ok, but I was wondering if there were other solutions.

Here is an article on how to control things with Voice Control in Accessibility. Works for hands free photos on my iPhone 12:

Snap Photos on Your iPhone Hands-Free for Better Selfies, Group Shots, and...

You can take a photo on your iPhone with just one tap or press, but you can also use the Camera app hands-free for more impressive images. Doing so lets you take more detailed selfies, include your whole group in the frame, or get steadier results in...

My son and DIL got me a kit with many add on lenses. It came with the Bluetooth button mentioned by fahirsch. When I wanted to use it the third or forth time, I couldn’t get it to work, nor could I fix it (I tried for several hours). So I went to BestBuy, the sales staff was not too helpful (first item showed to me was not even close), but with their aid I finally got to the right section and found another.

This is probably not as easy as just taking off your glove for a second, but it is a solution: the Apple Watch also has a camera remote app. If you still have that Series 2 and decide to trade it in for something newer, you can use accessibility on the Apple Watch to use hand gestures (like clenching your fist to press a button). That would probably work with the camera remote app open. (Which you can do with Siri on the watch).

Assistive touch: Use AssistiveTouch on your Apple Watch - Apple Support

This is probably not as easy as just taking off your glove for a second, but it is a solution: the Apple Watch also has a camera remote app. If you still have that Series 2 and decide to trade it in for something newer, you can use accessibility on the Apple Watch to use hand gestures (like clenching your fist to press a button).

Those hand gestures certainly look interesting, and is another reason for eventually upgrading my Series 2 Watch.

The problem with taking off my glove to take a picture is that one hand is controlling a large, rambunctious dog on a leash!

Basically I like taking multiple photos during the walk and then saving all the live photos as a video.

Here is an article on how to control things with Voice Control in Accessibility. Works for hands free photos on my iPhone 12:

That is quite interesting! I just tried it by turning on voice control via Siri, taking a photo by saying volume down, then when done using Siri to turn off voice control.

Nice for a frigid winter!

That’s what your nose is for!

“The problem with taking off my glove to take a picture is that one hand is controlling a large, rambunctious dog on a leash!”

You can get gloves that work on capacitive screens. I had some thin ones that worked pretty well, I don’t know if thick ones would.

But your real problem is that you need voice control of your dog, not your phone. Seriously, a dog that pulls on leash is a joy to no one and a hazard to itself and others. Ask your vet about tracheal damage in dogs that pull. I’ve seen a pug pull a young man over into a busy street because watching a phone, one’s footing, and a dog could cause cognitive overload in anyone. Leashes break, Shoulders can develop RSI or even get dislocated.

It’s not hard to teach loose leash walking, though you do have to put in some time. But your dog will love getting your complete undivided attention for a few short sessions a day. Frequent five minute sessions are better than one long session.

Once you get that, you can have fun teaching your dog some other important things: reliable recall, reliable stay, and an emergency/safety down. And maybe my own essential: shut up. (I hate barking dogs, and had the pleasure of having a rescue that had spent 7 years believing that exhale = bark. That was a fun one to fix, literally. Took about a week, though longer before I could leave her outside unattended for long.)

I actually discovered during my morning shopping walk that my iPhone is “somewhat” sensitive to the gloves I have, and I could operate the camera, mostly, with my gloves on.

Pao turned 3 last month. His mother was a mix of terrier and some Japanese breeds and didn’t look anything like him. They claimed they did not know who the father was. He was 1.3 kg when I got him and 30.45 kg this month.

His personality is nothing like my only previous dog, Tao, who I really loved. I just assumed all dogs were the same. But they’re not.

Here is an album of Pao from the day I met him through this week: https://photos.app.goo.gl/SJDQYJctqBNPdEv9A

I’ve had 3 dog trainers over multiple times, and also signed up for SpiritDog Training online. They are nice people, but nothing really helps so far. They are not fans of clickers by the way.

Pao is physically cute, but hyper-reactive. There are pros and cons. The cons drive me crazy.

Interestingly enough, the few times he actually got away from me (I suddenly lost the leash) he just sort of stood there. So that’s encouraging anyway. But we’ve also had some close calls.

It’s not politically correct to say it, but I feel we haven’t really bonded. At least not me to him. Not like with Tao, anyway.

As far as obeying commands, he will sit, give his paw, lie down, and wait to take a treat. But weirdly enough he will not come when called. I think he gets suspicious when called. He also doesn’t really like being petting on the head, but will allow it when tired.

His sister just barked, and he started growling and jumping in responses, and I just wish he’d go to sleep some more.

You’ve got a lot of positives there, especially the overall good temperament. You realize it’s a problem. The barking isn’t territorial, so might be easier to deal with. He’s a foody, which simplifies the rewards. (My cats work for petting, but that isn’t as quick or as flexible as treats.)

“They are not fans of clickers by the way.”

And that could be why they aren’t helping you. ‘clicker’ is a sort of shorthand for operant conditioning, which has many decades of strong science behind it. Not even all (most?) clicker trainers really understand that, which is why I linked to the Karen Pryor site. Karen was one of the leaders in translating o.c. theory into practical training methods, originally for dolphins and other marine mammals, then expanding to other species, including people.

I got into it when I had a rescue which turned out to have some serious anxiety issues and someone on the breed list pointed me at a few clicker mailing lists including Karen’s (none of them are still extent.) On their advice I started with her “Don’t Shoot the Dog” which I thought seemed too good to be true without fudge, then her somewhat more technical and fascinating “Lads Before the Wind” about her experience with training dolphins. That one was eye opening and made it clear that no fudge was required for don’t shoot the dog. (I became a better user support person afterwards as a bonus.)

Two important side benefits of effective training are that it definitely improves bonding (it’s fun and games together, and both parties learn to communicate instead of just getting annoyed). Mental work is more tiring than physical work, and a tired dog is a happy dog, and often a sleepy and quiet dog…

Start with reading the first page of the Fundamentals articles:

Then start trying it out on simple things like paw at a piece of paper on the ground, or touch nose to a target stick (target sticks are a really useful tool).

Don’t expect instant results, since you’ll be learning yourself as well as teaching, and overcoming 3 years of habits (both yours and Pao’s). Many or most terriers do have reactivity built in, so eventually you’ll want to find more acceptable reactions to things that set him off (twirl? roll over?)

Now that you have your homework assignment, I’ll stop…

A nice discussion of ways to use the Apple Watch in composing pictures to be taken with the iPhone: 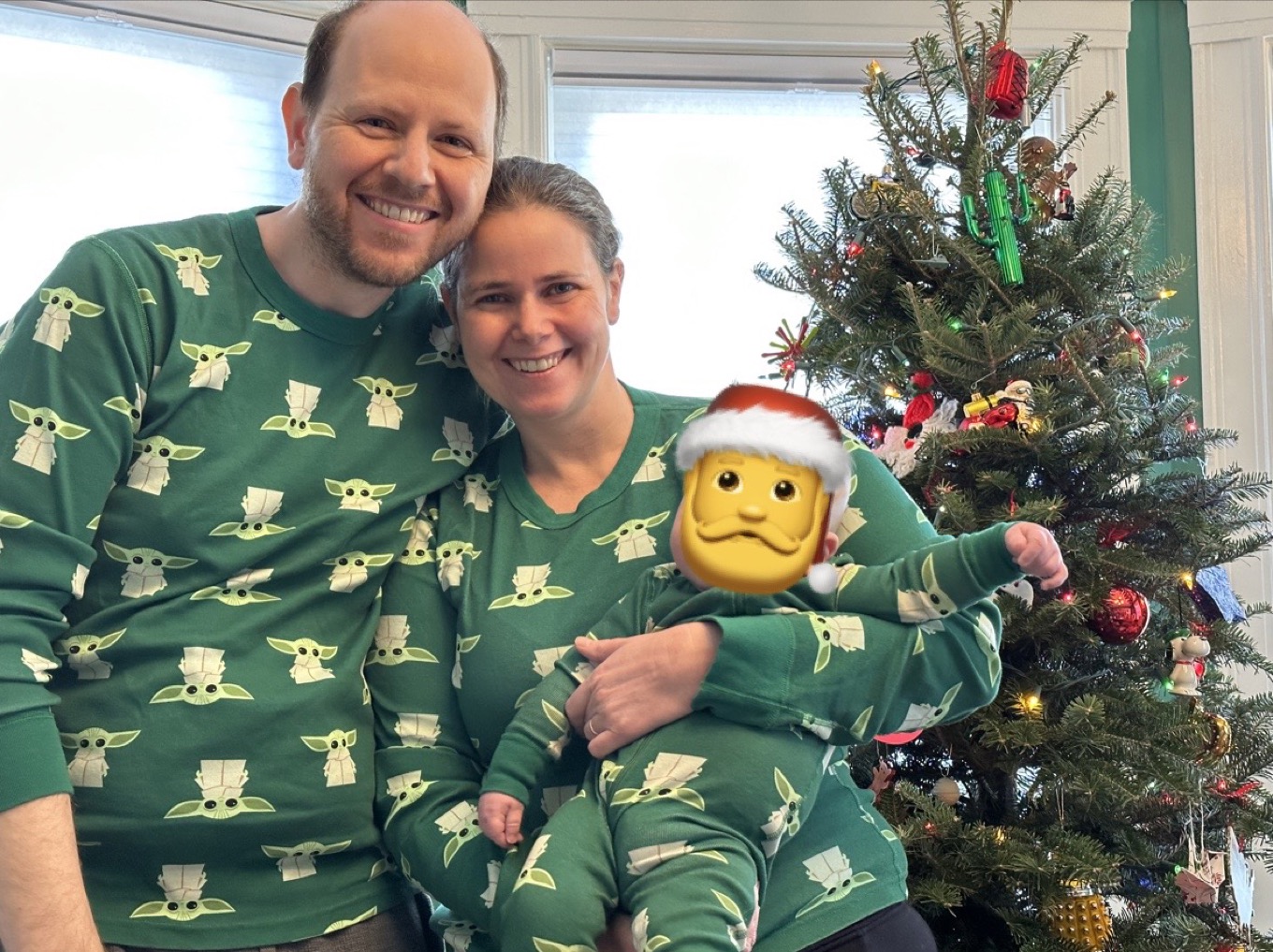 In praise of the Apple Watch’s Camera control

As technology enthusiasts, we’re all too often accustomed to looking forward to the next thing, to the feature that’s just over the horizon. And sometimes that means forgetting the amaz…

He does sometimes twirl in response to sound. And lickpads were recommended to me and they sort of work as well.

He’s sleeping right now, curled up on his dog mat behind my chair. I wish he would stay that way 24 hours/day.

I’ll read up more on what you posted, but to be honest I’m not optimistic. I feel like I’ve tried every conceivable combination of things suggested these last 3 years except for punitive things, which I don’t want to get into.

p.s. Adam, you should create a “general help with any of life’s problems” discussion area here.

I think you should get the dog hooked on photography as a hobby. Win-win.

He doesn’t seem interested in the iPhone when I try to show him stuff. Maybe he’s more of an Android dog?

You can get gloves that work on capacitive screens. I had some thin ones that worked pretty well, I don’t know if thick ones would.

You can get heavy winter gloves with conductive pads sewn into the finger tips. I have such a pair with pads on the index finger and thumb of each glove. It works well enough for basic navigation on a phone’s interface, but I find it annoying enough that I generally prefer to remove my gloves unless it is extremely cold.

There is a photo app called Halide that contains a Shortcuts action called “Fire The Shutter”.

I just tested it on my iPad Pro by saying “Hey Siri, Fire the shutter”. The Halide camera app opened and took a picture. Totally hands free.

This may sound like crazy talk, but…maybe get different gloves. When I finally got gloves that had capacitative pads on the index finger and thumb, it made my life measurably better.

The gloves I have turned out to have worked. On the other hand, it’s gotten colder and these gloves are not sufficient during morning dog walks. So I’ll what’s there. Thanks.