T-Mobile has furthered its reputation as the most competitive of the big three cellular companies in the United States by rolling out an unlimited usage broadband service that relies on the company’s 4G and 5G networks.

You might find this article of interest as well: 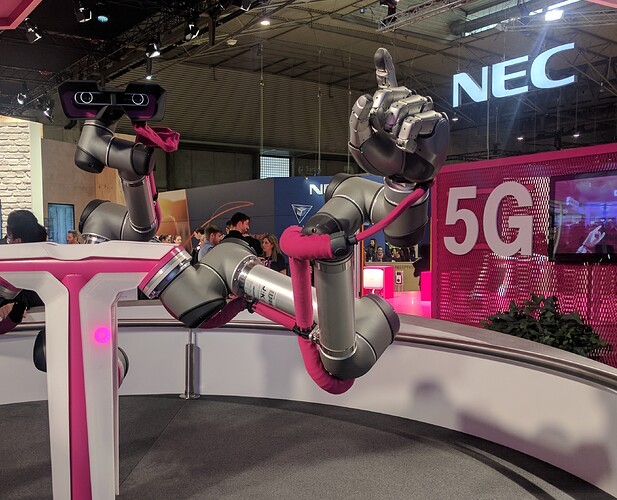 Here's how AT&T, Verizon and T-Mobile slice and dice 5G plans and pricing...

All of the big US network operators are working to get customers to subscribe to their expensive service plans, but the details of their 5G pricing strategies highlight their divergent network positions.

Al the major carriers are playing games with their 5G pricing plans. But I suspect that they’re going to be forced into abandoning the games sooner or later because most people aren’t going to upgrade if it costs more than what they’re paying right now.

You may want to talk to someone who has T-Mobile Home Internet, like me.

I am currently paying $93 per month for Internet from Optimum. That’s only Internet. No phone. No streaming. No web services. No TV entertainment. T-Mobile is $60 per month.

I have been a T-Mobile customer for years, and applied to be put on a waiting list when their Home Internet service came out. Last week, they called me and asked if I was interested. I said yes.

When I realized that Optimum was charging me for the cable modem, I ran out and bought my own. It took 45 minutes on hold, 30 minutes of time on the phone, and two whole days for Optimum to configure my cable modem to work with their system. This is the typical setup. Phone calls placed on hold and customer service more interested into upselling you than helping.

“You say your network is down. I see that. I also see you have our 100Mbps service. I recommend that you upgrade to our 300Mbps service. That service won’t work three times faster. Would you like to upgrade now, or do I have to place you on hold for about 35 minutes?”

The basic setup for T-Mobile Internet took about ten minutes and was straight forward. You get a router, a power cord, a quick start manual, and an Ethernet cable.

You plug in the router. Since it’s wireless, it can be plugged in anywhere. T-Mobile recommends placing it upstairs by a window in the middle of the house to get the best cell tower signal.

The quick start manual has a QR Code to scan to download the app to your phone. You open the app and make sure your Bluetooth is on to connect to the router. From there, the app configures the router.

The very first question the app asks is how confident you are in setting up the router. How you answer that question changes how you do the setup. Less confident people are given more hands on detailed instructions, and fewer configuration parameters.

One of the technical specifications of the router is that it can create up to four separate WiFi networks. I like to setup a guest WiFi network, so I don’t have to give out my WiFi password to guests. However, the iPhone app doesn’t let you create multiple WiFi networks.

Instead, the app contains a link to the complete user’s guide, and the user’s guide gave me instructions to load the internal router webpage to configure multiple WiFi networks. The only issue I had was the network configuration asked for a username and password. I knew the password, but I didn’t know the username. I tried “admin” and it worked.

Of course, if I actually read the guide instead of blindly marching forward, it would have told me that.

The router is a WiFi 6 mesh router. I asked T-Mobile since it’s a mesh router, are there mesh nodes I can use to extend my WiFi network. They actually told me they don’t know. The whole setup is less than a month old, and they don’t have a policy.

My old network used an AirPort Extreme router with two Airport Express routers to expand my network to cover my entire house. Without mesh nodes, I thought I might have to connect my Airport system to this router. However, T-Mobile’s router is able to cover the entire house by itself.

There’s a full color touch screen on the top of the router with screens giving you some statistics, diagnostic messages, and error messages.

One glitch is that I actually don’t get a super strong T-Mobile signal at my house. It’s two bars out of five. However, that doesn’t seem to be a major issue.

I use Ooma for my landline service, and their phone router plugged right into the T-Mobile router and booted right up. However, when I first set it up, I could not make a WiFi call from my phone. I could receive WiFi calls, but not make them. It seems to work now.

The setup is definitely slower than Optimum. Optimum delivers around 130Mbps service. The best I can get with T-Mobile is 40Mbps. However, I usually didn’t get more than 20Mbps with WiFi anyway. It’s just my wife and I, so there’s not a lot of demand. Video streams at HD quality.

Right now, our service is Standalone 5G on the N71 band (600MHz band). However, the router can use the N42 (2.5GHz) which T-Mobile says will be coming out by December in our area. With that, the router can handle 300Mbps speeds making it compatible with cable.

We also are experiencing occasional freezes — especially on our Apple TV. I don’t think it’s a buffering issue or a speed issue. We don’t get low resolution video. Just an occasional freeze.

I still have my Optimum network up since I didn’t need my Airport routers. I’ll probably run them in parallel for a while before I call Optimum and tell them their services are no longer needed. It’s a call I’ve been wanting to make for almost 20 years.

Can you please post the make and model of the modem/router that T-Mobile is using?

When I realized that Optimum was charging me for the cable modem, I ran out and bought my own.

Well, yes. They won’t support a device you buy. But that doesn’t really matter. A cable modem is a pretty basic device. Either it works or it doesn’t. It doesn’t require constant maintenance.

If it ever fails so hard that rebooting it doesn’t help, then get another one. I can guarantee you that the cost will be far less than the accumulated years of rental fees you would have paid Optimum in order to use theirs.

As for “covering your whole system”, would you ever use this service? If your Mac starts acting funny or your printer stops working, would you call your ISP for help? Or would you ask us, here on TidBITS, for help? Who do you think will give you better support?

Good advice! Thanks for this.

Sure. Why should they encourage you to get a brand new modem for $60 when they can charge you $10 to $15 per month for renting a 12 year old modem?

When I asked them about buying a modem, they told me the same thing, then sent me to an official page where they have modems that support Optimum. These were almost $200 a piece and were also sold out. They were also models that were almost a decade old.

I found on a support forum a modem that others have gotten to work with Optimum. Then it took Optimum three days to configure their system to connect to this modem.

You may want to talk to someone who has T-Mobile Home Internet, like me.

Thank you so much for this detailed personal review!

I found on a support forum a modem that others have gotten to work with Optimum. Then it took Optimum three days to configure their system to connect to this modem.

Wow. As much as I complain about Comcast, they aren’t that bad!

Optimum taking three days means they are deliberately slow-walking the process. If your modem is running the same version of the DOCSIS protocol that they’re using, the only thing they need to do is enter its MAC address (usually printed on a sticker attached to the modem) into their database. Exactly the same thing they need to do with a modem that they sell/lease to you.

With Comcast, they have a pretty large list of approved modems, which you can buy from anyone. The high-end ones (that support gigabit speeds) cost about $200, but they support plenty of less expensive ones, which are just fine if you are paying for a lower speed tier.

And provisioning is automatic. When a new modem is connected, it connects to a private “sign up” network where all web pages are redirected to a captive portal (much like public Wi-Fi hot spots do). After entering your Comcast login credentials, the system provisions the modem and pushes any necessary firmware updates into it. A few minutes later, you’re up and running.

What you describe from Optimum is the way things were done back when cable modems were new technology - over 20 years ago. It’s shameful that they’re still doing things that way today.

What you describe from Optimum is the way things were done back when cable modems were new technology - over 20 years ago. It’s shameful that they’re still doing things that way today.

If I could, I’d drop Optimum in a second and return that cable modem into a place that’ll make it difficult for them to sit. (Yes, it’s my modem. I returned theirs when I bought this one). They have a monopoly and they know it.
Even worse, FIOS ends five house from me. Verizon set up FIOS over a decade ago, and I’m still on the waiting list.

Thanks for letting us know about this. Of course it’s not available in my area yet, but I signed up to be notified. In the meantime I’ll keep paying $90/month for 2 Mbps DSL.

That’s the price I pay for choosing to live in the Sierra Foothills.

Can you please post the make and model of the modem/router that T-Mobile is using?

It’s a Nokia router, but it’s a custom model for T-Mobile. The user manual is on line.

Don’t beat yourself up about that. San Francisco that likes to bill itself as the global navel of tech, still has large parts of the city still completely without fiber. Even swanky neighborhoods are completely untethered to any serious residential fiber network. Many folks over there still get to choose between suffering from Comcast or suffering from AT&T.