So what's the definitive answer on fixing broken Music artwork?

Simple story. Annoying problem. Various Macs, latest macOS, various iPhones and iPads (latest iOS) synced to these Macs over USB such that audio files are synced according to Music setup.

Playlists and tracks sync fine. But album artwork on iPhones is routinely busted despite showing correctly on Macs. It’s showing artwork for completely different tracks. Not even the same composer or band.

No Apple Music or any other subscription shenanigans involved.

What does it take to just get the stupid iPhone Music app to display the correct album artwork? I mean, really, how hard can this be? Yet it feels like the problem has been going on for ages. With no “big fix” in sight from Apple, is there a reliable brute force DIY solution that doesn’t involve nuclear options such as deleting entire music libraries or setting up iPhones from scratch?

Is the artwork embedded in the music files for each track? If it is, you shouldn’t have any issues but it sounds like your database has a problem. Going back to the original iPhone and a Powerbook G4, all of my art has been correct syncing with iTunes but I don’t use the Music app so there could be an issue there.

So if indeed it’s a database problem, are there any sane ways (read: not nuking and starting over from scratch) to fix that?

As I mentioned earlier, if your artwork is not embedded properly in each file, then there is the chance that iTunes or Music is incorrectly displaying the wrong image or perhaps none in some cases. I don’t use Music since I like the older iTunes display in version 10.7 which was the last to have CoverFlow. It is still usable on Catalina (and Big Sur) by using the Retroactive app to install it as well as on other older systems using some hacks or by virtualization. But I decided to utilize Music in Catalina using virtualization to show you what I mean so you can check to see if you are missing the art or it’s not being displayed correctly. I only embedded the album cover for the first track on The Jerry Vale album for these examples and the rest on that album did not have the embedded art.

Even if you have the album art in only one file for an album, iTunes/Music will add that to the database so when you are looking at the album view or CoverFlow view, it will show. But in Music when you are playing the track, it will also show it in a small thumbnail next to the title near the top as in this screen shot: 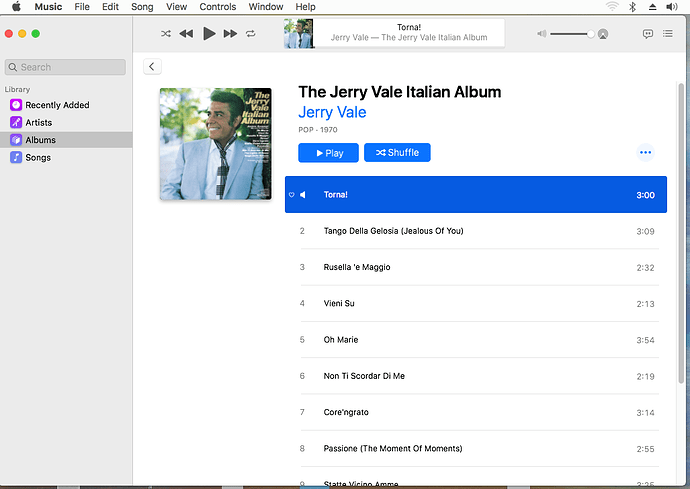 But if the file is missing the embedded art, it will still show the image for the album in large view but the thumbnail icon will be the generic music notes as in this screen shot for the second song: 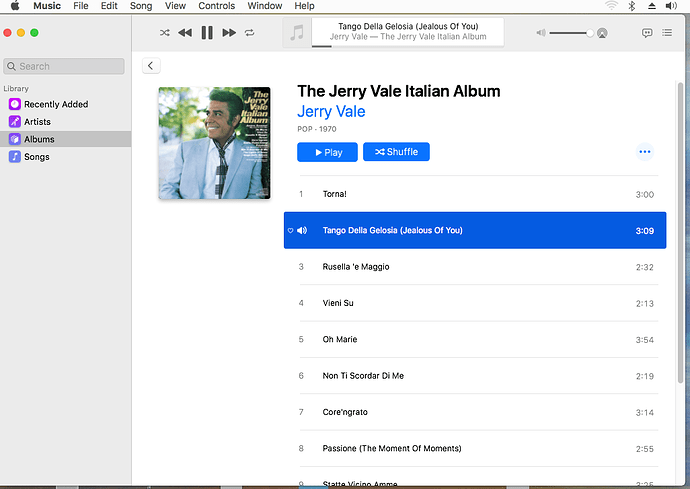 The same behavior can be seen in iTunes 10 as this screen shows the image on the CoverFlow section and in the smaller window at the bottom left: 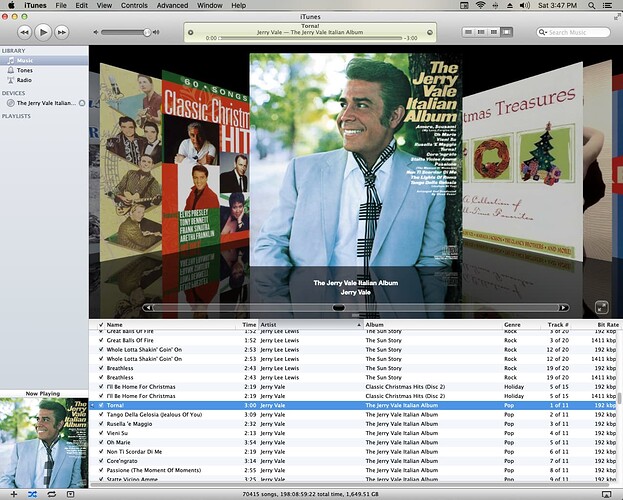 If the artwork is not embedded for the file as in the second song, it will look like this: 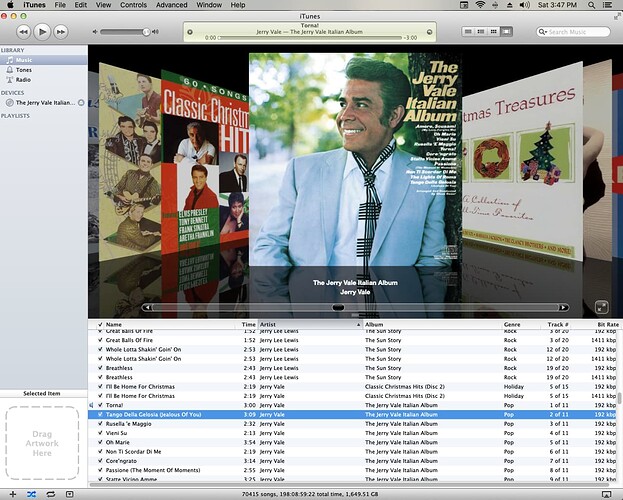 So before reimporting your music, I would check some of the albums or files that are giving you trouble to ascertain if that could be the issue. Also, you might have two images or more if they were added somehow so you can check that by using the Get Info command on a track so see what you have there under the artwork tab. If you’re using some of the later iTunes versions, the process should be similar.

Display in Music on Mac is fine. It’s Music on iOS that shows completely wrong artwork.

I’ve never had an issue with iOS on my phone and I use the Music app as well as the Onkyo Audio Player app and artwork displays correctly. Maybe it’s how the music is being transferred or synced. I’ve always used iTunes on the Mac to sync with my phone with no problems but as I said in another thread, all of my music files are from CD’s or digitized records/tapes so no purchased music. I always look for the cover art myself as opposed to letting the program do that. The only other thing that comes to mind would be if you have different accounts on the computer and/or phone (I don’t know if iCloud might have something to do with that also). But I would still check some of your files on the Mac to see if in fact they have the correct artwork. In addition to the methods I described earlier, you can also use VLC to open audio files and if the art is embedded, it will show up so you can see if it is correct. Just click on the file and use Command-I for media information as in this screen shot: 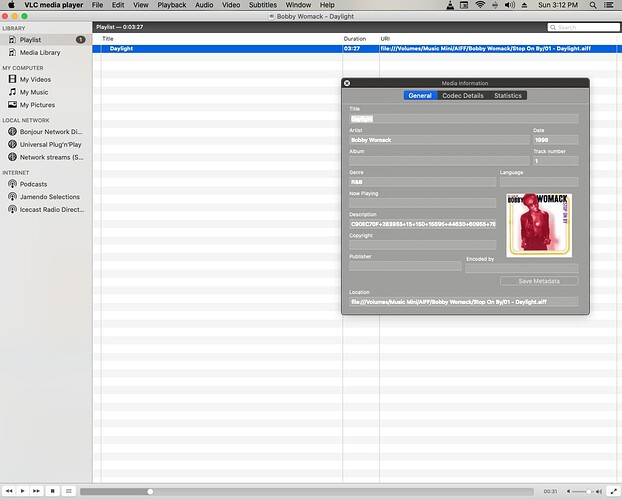 If you are using another program besides Music or iTunes for syncing, then I would look into any issues for that program.

I was having similar issues with some albums and/or songs but i also had problems with metadata (song names were fine in song view, but in album view, they had strange names that I couldn’t change.) This was only in iOS.

Unfortunately, my solution was to erase all of the albums with bad data and re-rip them from iTunes. I tried everything else but that first. That was a good several week project. It was only with albums that I had ripped prior to 2012 or so, but that was almost all of my collection of cds.

That fixed the art issue too, though.

(And I now have a disconnected external drive with a backup of my library and media files, plus that drive backed up online as well. Of course it probably won’t happen again, but I’m prepared if it does.)

I see this also, not just on my iPhone but when I copy tracks to other machines. And sometimes Music just loses artwork for unknown reasons. Maybe they’re related to this - There’s an app in Doug’s Scripts called “Re-Embed Artwork” that might help.
“This script will export then re-import the artwork data of the selected tracks obliging the Music app to embed the artwork in the track’s file’s meta-data.”
https://dougscripts.com/itunes/scripts/ss.php?sp=mxreembedartwork

I don’t know what that script actually does, but if your artwork was embedded properly in the first place as I discussed in posts above, then there should not be any issues. I’ve never had to do something like that. I suppose you could have corrupted metadata but that has not been the case in my experience.