I have old CD albums that over the years I have imported into iTunes. These albums are compilation albums and between one compilation and another there are, inevitably, som duplicate tracks. This is all fine, until you enable Apple Music sync.

With Apple Music sync it recognises that there are duplicates and as a result only syncs one of the tracks belonging to one of the albums and skips the rest. This makes the other compilation albums incomplete on other Music sync devices such as my iPhone. So, when I listen to one album I get all the music, but if I listen to another album several tracks are missing.

I have a call in with Apple Support to find a remedy to this, but does anyone else have a similar experience and found a solution?

I have a call in with Apple Support to find a remedy to this, but does anyone else have a similar experience and found a solution?

I’ve noticed this behavior for one song so far, yes. I’ve found no solution, though.

Do you have anything in the “Album Artist” field? For instance, what I use, “Various Artists”. Of course, this might not work for compilations of only 1 artist (a Greatest Hits LP), but for those, I uncheck the “compilation” box…

This is one reason I have avoided Apple Music sync. Others reported that it messed up playlists and music not purchased through Apple.
Oddly enough the Music app on my Apple TV seems to know my locally stored music without enabling sync.

In the case I cited, it’s not songs that are from compilation albums. The song is “Sultans of Swing” by Dire Straits, which I have on multiple albums, but the version that plays whenever I try to play the original song from the studio album “Dire Straits” is the live version from the album “Alchemy”. (I have other live versions from concert recordings I have purchased after seeing a live show, but they are all from the artist “Mark Knopfler” rather than Dire Straits.)

So, I have been on to Apple Support about this and it seems there is a “feature” of iCloud music library that really doesn’t like duplicates even when they are on different albums. Essentially iCloud Music will only upload or match one of them if they are albums that Apple doesn’t know about. So 90’s compilation albums in the UK are no longer catalogued, so Apple Music doesn’t think they exist, but of course my import of a CD and CDDB says they do. Anyway, long story short it is possible to unmarked a track as a duplicate by deleting the track from iTunes but leave the media on the computer and then re-importing the media and select File->Library->Update iCloud Music Library. Of course you have to do that for every duplicate, and I have a lot of duplicates. Im still working with support on a bulk solution to this, but it likely involves exporting all my playlists, deleting everything in iTunes, and re-importing the media which is organised by artist and album, then re-importing the playlists. I’ll let you know how it turns out.

That’s pretty ridiculous, imo. Aren’t the length of the tracks different between the studio and live versions?

In other words, it sounds as Apple Music is only looking at “Title” and “Artist” to determine if a track is a duplicate.

How does it handle box sets by someone like Bob Dylan, where the entire CD is almost the same song, but recorded differently?

Maybe you can ask Doug to write an Applescript for batch processing: 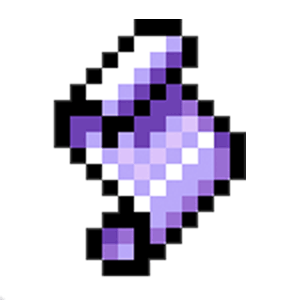 Download over 500 AppleScripts for the Mac, plus get tips and information on writing your own. This site is published by Doug Adams.

I still use some of his scripts with Mojave/iTunes. Not sure if he supports Monterey/Music.

This sounds so convoluted. Can you explain a bit better if you get a chance.

Why do Apple do this, just to save minuscule amounts of storage space?!
Surely there are millions of Apple Music app users with albums where the exact same track appears in more than one album, yet Apple decide the second/third/etc versions should somehow vanish from those albums’ tracklists. Utter waste of users time and completely needless PIA to boot.

Ok. I have been through this with Apple support and where we got to was that I needed to delete the duplicate tracks in iTunes and re-import the track from my media file (iTunes Music on my Mac). This needs to be done a per track basis according to Apple support. This sucks as a solution, but as the support person pointed out I am running iTunes 12.9.5.5 on Mojave 10.14.6 and the recommended plan is to upgrade to the latest OS and use Apple Music instead of iTunes. Sadly, I can’t do this because I have legacy 32-bit apps that I can’t afford to replace right now (Adobe CS6),

Instead of taking the Apple solution at face value I have tried some other approaches. Firstly I deleted all my music from the Apple Music Cloud (not straightforward, I had to create a new libraries and all sorts) and then tried re-upload my media from iTunes to Apple Music cloud. Still have the duplicate items problem. So now I am trying the approach of not turning on Apple Music Cloud on my Mac, but rather I am syncing the Mac to my phone using iTunes sync and then using the phone to upload to Apple Music Cloud from its own version of Apple Music. So far this is a bit working - but the upload of 5,612 tracks seems to be taking days and days so can’t confirm if it has worked yet.

Yesterday downloaded the latest script for changing the number of plays count from Doug’s Scripts. This was for a mbp14 running Monterey. It worked without any problems.

Ok. I have been through this with Apple support…

The underlying problem is that this is a feature not a bug. Apple deliberately don’t upload more than one version of any track by design to ‘save space’. The fact it screws-up users listening experience doesn’t seem to bother them!

Yet another of Apple’s ‘automatic features’ that should actually be a setting choice, not a requirement of Apple’s own choosing.

This calls to mind a feature I’d love Apple to add - a “virtual track”.

I, like most people, own “greatest hits” compilation albums, where most (if not all) of the tracks have been previously released on other albums. In order to avoid wasting space, I don’t keep these duplicates when I own the original albums. So many of those greatest hits albums, in my Library, only have one or two tracks. And some don’t exist at all (because every track appears elsewhere).

Today, I work around this by making playlists for these albums, which pull the appropriate tracks from the library.

Ideally, I would like Apple to add the ability to create a “virtual song”. One that exists as a new entry in the music database, but references another song for the actual music data, allowing you to override metadata (especially album, artwork, track and disc numbers) on a per-field basis, using the values from the original song for those you don’t override.

This would be the best of both worlds - no wasted space on duplicate audio data, but intact and complete compilation albums.

Great idea. I don’t really mind either way –setting for more than one copy or virtual track– just as long as they stop the current idiocy. Which of course they won’t.