We live in a global, interconnected world, so the Russian invasion of Ukraine isn’t just news reports from far away. Between impacted Ukrainian Apple developers, efforts by other Apple-adjacent firms, and calls for Apple to block the App Store in Russia, we’re all in this together.

Very useful post. The only way Ukraine (and us) can win is by sticking together and getting all the help they (we) can. Same with Taiwan.

We’re doing all we can for our teams there

Well dear Tim Cook, stopping all hardware, software, and service sales in Russia would certainly help the “team”. IMHO we here in the western world should start putting our money where our mouth is.

We donated this morning to one of the organizations on that list you linked to, @ace. Thank you for that. Let’s hope this nightmare comes to a swift end before many more get hurt.

I don’t envy Tim Cook at all. There have to be so many variables in play for a company the size of Apple, not the least of which would be the safety of any Apple employees in Russia if Apple were to make more extreme moves. I have to assume that Apple is working on a variety of contingency plans for different situations.

Though it might not help those in Russia who are trying to resist and oppose Putin’s dictatorship. I don’t know the details, but I’m not sure indiscriminate impact on a whole population is the right course of action here. This is not to excuse any actions of Putin and the Russian government.

Though it might not help those in Russia who are trying to resist and oppose Putin’s dictatorship. I don’t know the details, but I’m not sure indiscriminate impact on a whole population is the right course of action here.

I’m not an expert on everything that will help or not, but clearly we did not do enough to punish or reverse the takeover of Crimea. To some extent (and more-so than for the evil in China), Putin values some respect, apart from fear, to run his country. Apple’s products aren’t necessary for most people’s survival, so they should be on the table. The problem with sanctions, of course, is that they always hurt the wrong people too, sometimes just as much.

Though it might not help those in Russia who are trying to resist and oppose Putin’s dictatorship. I don’t know the details, but I’m not sure indiscriminate impact on a whole population is the right course of action here. This is not to excuse any actions of Putin and the Russian government.

This is the problem with any action taken against Russia - the people who will suffer the most are the repressed citizens who are probably against what Putin’s doing. The billionaire oligarchs will be sitting in their ivory towers not caring about the average Russian who’s losing access to their meagre wage.

Any action needs to selectively target those in the leadership and this appears to be where the sanctions are aimed.

It’s a terribly sad situation and I have heartfelt sympathy for the entire nation of Ukraine and for the Russian citizens taking a stand against the invasion.

This is the problem with any action taken against Russia - the people who will suffer the most are the repressed citizens who are probably against what Putin’s doing.

Getting the Russian citizenry angry at their government because of their government’s actions is clearly a strategy. Of course sanctions against the oligarchs will also help. I guess we’ll see if it makes any difference. Perhaps not for Ukraine but perhaps it will make Putin think twice before he does something similar in the Baltic countries, Moldova, etc.

Considering what iPhones and Macs cost in Russia, stopping their sales is going to affect oligarchs and Putin brown noses a whole lot more than the average Joe. The average Joe in Russia makes $1400 a month. My MBP costs more than twice that.

I like the point made above by @Gary_J. We obviously reacted wrong in 2014 when it was Crimea and actually, probably already in 2008 when it was Georgia. Maybe if we had properly isolated Putin back then, this would not have happened. And sure, maybe it still would have. But we should at least have had the balls to try to uphold basic values of decency.

I am absolutely certain sanctions will hit regular Joes in Russia, including those who oppose Putin. And there is no arguing away that that just sucks. But considering there are dead civilians in Ukraine right now, I have a hard time justifying anything but the gravest of sanctions. Will innocent Russians pay? Sure. Will it end up costing us? Absolutely. Is it still the right thing to do? I believe yes.

I wrote to Tim Cook encouraging him to take action against Russia.

Well dear Tim Cook, stopping all hardware, software, and service sales in Russia would certainly help the “team”. IMHO we here in the western world should start putting our money where our mouth is.

I’ll bet that the intelligence services of NATO countries and other friendly nations are doing their best to communicate with Ukrainian defenders about what support is needed, and where, when and how they can help. And I’ll bet there are Ukrainian supporters and resistance efforts in Russia, and they need to communicate directly with the utmost security to Ukrainian patriots as well. And, I’ll also bet the intelligence services of NATO countries have agents on the ground in Ukraine, Russia, etc. that also need communications services and devices, and it’s highly likely that they use, or could use, some highly secure Apple stuff.

Apple only sells consumer products in Russia. AFAIK, Apple is not involved in development or sales of weapons. Their not so secret automotive testing has not involved armored vehicles to date, and Apple has not offered any hints about ever considering or wanting to do so.

And there are Ukrainians with family, friends and business associates in Russia and territories including Crimea, etc., that will need mobile communications devices and services, as well as desktops. Some US carriers that are suspending the cost of mobile calling services to Ukraine due to the invasion: 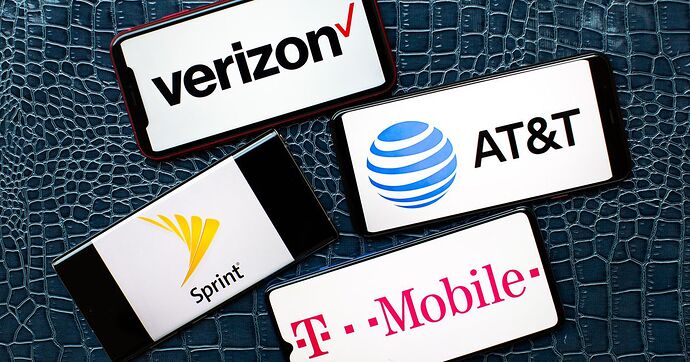 US Carriers Waive Fees for Customers Who Need to Call Ukraine

If you live in the US and need to communicate with relatives or friends in Ukraine, your carrier may be nixing long-distance international charges.

And with all the Ukrainian and Russian digital product development talent, I suspect that there are some potentially sympathetic hackers, as well as legitimate developers that might be inspired to do some hacking. They might be thinking about disrupting some Russian communications and services…maybe even hitting Putin’s Russian oligarch buddies, and adding on additional aggravation caused by the US messing with them, as well as with Russian banks. Apple stuff can be instrumental with this.

I think all this could negatively affect Russia a whole lot more than what would happen if Apple stopping selling consumer goods there.

We may know reasonably soon if there are “sympathetic hackers, as well as legitimate developers that might be inspired to do some hacking.” Doing so from inside Russia is a serious risk. As for mobile phones, Russia can get them and an awful lot of stuff from China, so they’ll still have access. The idea is to make things difficult and unpleasant although if Apple’s technology is critical to the opposition inside Russia, you have a good argument. Almost any sanction comes with a considerable downside. What are sure fire sanctions if mass sanctions are not the way to go?

I’m not sure how accurate it is but there’s been reports here in Australia that Anonymous had taken down (cracked) some Russian services.

The point of all the official sanctions is that they target individuals with power, and some responsibility for Putin’s actions. They don’t target innocent Russians. Many Russians are opposing the invasion, and turning off the App Store would seriously impact their ability to organise by denying them security updates, or even access to secure messaging platforms like Signal. It’s a really bad idea.

I’ve always thought that putting sanctions on individuals was the least effective type of sanction.

My cousin’s sister-in-law is hiding in the basement of her apartment complex with her kids. Words fail me here thinking of them.

I’ve come to think we should have listened to our Eastern European neighbors earlier, this needed addressing at an earlier point with Georgia and Crimea. Now our response has to be commensurate with his level of audacity, which is beyond any public appetite. The SWIFT block will have the biggest impact on Putin and his cronies but he’s clearly decided he doesn’t care, given that his money is hidden away somewhere out of sight.

As Apple users we can help perhaps best by supporting the businesses we can, and excellent choices we have for sure.

I think all this could negatively affect Russia a whole lot more than what would happen if Apple stopping selling consumer goods there.

The Deputy PM of Ukraine disagrees with you. 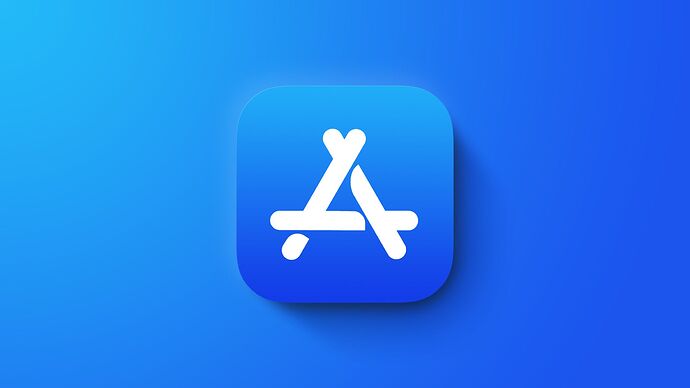 It’s nice that the Ukrainian government thinks Apple can fix the issue…but that is just wishful thinking. As soon as we took US…and by extension NATO since they won’t do it without us most likely…military options off the table the die was cast. Putin is a bad guy…he’s former KGB…and he wants to reassemble the Soviet Union.

I don’t think he’s stupid enough to go after Poland or any of the Baltic states since they’re NATO members…and even the sorry excuse we have for an administration would not be able to ignore that…at least I think they’re not that stupid, but they’re still politicians and we all know that you have to pretty much check your brain and common sense at the door to be elected to anything.

The Ukrainian President had it right…he needs ammunition and not a ride. From the spirited resistance the Ukrainian armed forces are apparently putting up…even if the Russians “win” which may be if-y given the apparent lack of training, morale, and ammunition the invading forces have been displaying…I think there would be a longstanding resistance a la their previous foray into Afghanistan and we know how that turned out. Apparently they’ve forgotten the lesson.

It will be interesting to see this war from the point of view of technology in the hands of users in general, reports of tank movements as massive traffic jams on Google Maps for one. Social media showing things that no one should see. I remember having to drop Twitter after the outrages Ghadaffi inflicted on his own people were being shared. Just too much.

I was hoping we could stay on the topic of Ukraine from the viewpoint of the Apple world. I’ve trimmed the stuff about US domestic politics and will continue to do so in the future, so please save yourself (and me) the time and effort and don’t post such things.