Andy I just discovered iCollections as well, via AlternativesTo.net … I was pleasantly surprised to find out that it prompted me automatically “Do you want to import your Dragthing collection to iCollections?” . I clicked yes, and it did a pretty good job of displaying it instantly.

I noticed a few things right out the gate that were not as flexible as Dragthing — but then I sent a side-by-side screenshot to the devs just now, with some Questions, and they responded in under 2 minutes, describing line-item changes that were already in the works on their upcoming version. That gave me a good feeling, that it’s an app that will continue to be developed going forward.

Examples of things I commented/asked about:
I use a 2-display setup, a LEFT DISPLAY and RIGHT DISPLAY, and I have used Dragthing as a 2-icon wide vertical stripe that I place at the left edge of my RIGHT DISPLAY, with a wide mix of apps, folders, system prefs, etc.

(1) But Dragthing allowed for greater density of icons, whereas iCollections added more horizontal and vertical padding between items. THEY SAID THAT IS BEING HANDLED IN NEW VERSION, and will even enable overlapping of icons.

(2) Dragthing allowed me to snap the vertical panel to the very top of my screen. iCollections enables you to make the palette label at the top “hidden”, but apparently it holds that space, preventing nudging upwards to snap to top. (They have not addressed this item yet)

(3) Dragthing allows for “blank spaces” (blank cells) where there are no icons. iCollections auto-wraps, preventing blank spaces. *BUT AGAIN HERE, they said they are already in beta on their new “Grid Mode” which will allow that very thing, so that’s two things already they’ve improved for next release. He even gave me a link to the beta grid-mode. (It does not appear to be a private link, but rather appears in the open on their feature documentation pages. So here: https://naarakstudio.com/icollections/manual/gridmode.html )

(4) I use a ton of custom icons, for not just special folders, but also to replace the ugly icons of various applications. With Dragthing, if the icon is changeable in Mac’s Finder, then if I drag that app into Dragthing, the new custom icon i assigned gets used by Dragthing. Not so in iCollections, it uses the default application icon, disrespecting my cusom icon. (I should add, though, that Dragthing does NOT accept custom icons I’ve applied to certain website URLs i’ve dragged into it. But iCollections DOES display custom icons — making it so much easier to recognize various websites that are part of my daily workflow.

So, I’m thinking iCollections is a great bet for the longhaul, because the devs are responsive.

I have used DragThing for over 20 years (since Mac OS 8.5.1 IIRC) so moving on has been a challenge. Thanks to this thread, I found iCollections which for me is a nearly equivalent functional replacement for DT. The fact I could import my DT collections into iCollections was a bonus, but the key use for me is a multi-tabbed dock so I can organize the items I access frequently and that hides out of the way when I don’t need it.

The only thing that seems to be still missing is the ability to put a working Trash Can icon on the desktop; that was a major feature of DT for me!

After reading this thread, I decided to try Apps Are Go, mentioned above by the developer sjmills. There’s no free trial, but it’s only $3 on the Mac App Store. Setup is trivial. Start the app, then go to the File menu and select Replicate DragThing Dock. It did that quickly. It doesn’t have all the features of DT, but it does have tabs and the docks just slide out of the way.

FYI, Version 3.0 of Station was released.

Station on the Mac App Store 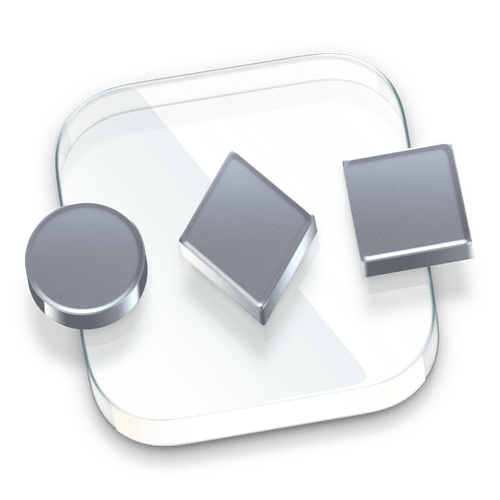 ‎SwitchGlass adds a dedicated application switcher to your Mac. You can customize its appearance, size, and position on each attached display. Use it to bring one or all of an app’s windows to the front, or as a drag-and-drop target to open files.