Something I read in today’s NY Times has us wondering whether or not we should put our AirPort Extreme out to pasture:

“How old is my router? If it’s more than five years old, you should definitely replace it. In 2015, the Federal Communications Commission removed restrictions that had limited the wireless transmission power of Wi-Fi routers, allowing new routers to be 20 times more powerful than they were before. Upgrading to a newer router will probably be one of your most life-changing tech purchases.” 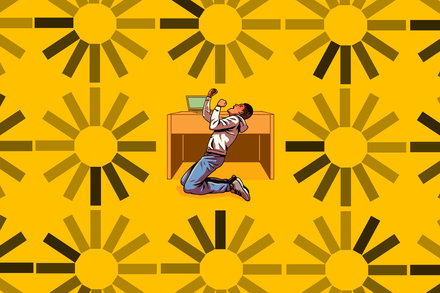 Everything You Need to Know About Slow Internet Speeds

Our crummy connections are the biggest tech headache in the pandemic. Here’s a comprehensive guide to what to do about them.

We figure it’s somewhere around 8-10 years old. But it works fine and we haven’t had any problems with it so far. We do stream Netflix From the internet and VOD and it rarely gets wonky, but the times it does we always attributed it to our service provider.

Should we stay or should we go? We live in an apartment, and the AirPort Extreme is centrally located; a mesh network wouldn’t be necessary. Would a newer router make a noticeable difference? Any suggestions and recommendations of routers would be most welcome.

We’re in essentially the same position. The one thing that keeps me from router shopping right now is WiFi 6, which is just being introduced on consumer-level routers. WiFi 6 is going to be to Wi-Fi what 802.11n was to 802.11g.

Having lived as long as we have with our AirPort Extreme and without a big change in how we’ve been using it, I’m willing to wait until WiFi 6 is an “automatic” feature on most routers one can buy.

My ac-type AP Extreme is pushing 500 Mbps and is rock stable. Something has to go seriously wrong before I’d consider touching it. In that sense, “if it ain’t broke don’t fix it”.

After much heart searching I have finally replaced my wi-fi network which included Airport Extreme the last version, Airport Extreme the older flat version and two Airport Expresses, this network has served me reasonably well over the last ten years but was beginning to struggle. I have replaced it with Linksys Velop system with two modules which was incredibly easy to set up and has behaved perfectly since installation ten days ago. Sad to see the Apple products go I still have all the original packing and they are all in excellent condition I hope someone will find a use for them.

You could try running a speed test and seeing if what you actually get is significantly different from what your ISP tell you it’s providing.

Marilyn, we had to abandon our much beloved Airport set of routers after they started to die on us. But I’d agree with Jeremy or Simon here, check if the speeds via Wifi match what your ISP says they’re delivering.

We moved to an Orbi mesh system (four units in all, our house and studio are a long stream of nooks and crannies and half of it is a 200+ year old stone cottage that needed two on it’s own) and while we used to get under half of our wired speeds via wifi, we now get exactly the same speeds, wired or not.

But its expensive, no two ways about it, and Orbi’s latest Wifi 6 offering is even more pricey. In the end it depends on the ISP and what comes down the line. As long as your router isn’t a throttle on that, why bother change?

In the end it depends on the ISP and what comes down the line. As long as your router isn’t a throttle on that, why bother change?

I’m no router expert, but I wonder if that’s the (only) gate that should be used.

We’ve never had an issue with the speed of data coming into our home or with the strength of the signal throughout most of the house. But I know when we have a couple of devices streaming, some of them relaying the content to other devices via AirPlay, our home network (flat Airport Extreme) eventually bogs down. What I’ve read on the topic leads me to believe a more modern router, using MIMO and prioritization more effectively than our AirPort, would give us a better Wi-Fi experience.

In the end it depends on the ISP and what comes down the line. As long as your router isn’t a throttle on that, why bother change?

These days, it may well be a throttle.

My Comcast Internet is providing 100Mbps service. If I’m using Wi-Fi devices that only support older protocols (e.g. 802.11g - limited to 54M), that’s going to definitely have an impact.

I currently see that at home - computers with a (Gigabit Ethernet) wired connection are much faster than those with a Wi-Fi connection. And this is with routers that support 802.11n and ac speeds (that should, theoretically, support 100Mbps).

I currently see that at home - computers with a (Gigabit Ethernet) wired connection are much faster than those with a Wi-Fi connection. And this is with routers that support 802.11n and ac speeds (that should, theoretically, support 100Mbps).

Not all AirPorts are equal. As I said, with my ac model (upright, not flat) I routinely see 500 Mbps upstream to WAN and even more between two LAN wireless clients. That is certainly far more than what most people’s ISP will ever deliver.

In my case it actually would be a bottleneck since I have 1 Gbps fiber, but truth be told, I’ve never been limited by that. My Apple updates for example never come down at more than ~10 MB/s even at work where we’re hooked up to the same network the rest of the world uses to connect to NERSC supercomputers (on our site).

I know though that my older flat Extreme (n type I believe) was definitely slower. If you have Gigabit local clients they would definitely be bogged down by that kind of wifi if they engage in heavy LAN traffic. But the more modern ac flavor is in the same ballpark as Gigabit over Cat5. That said, most high-volume traffic is likely to come in from the WAN (streaming, downloads, online gameplay) and there it will for most people be their ISP’s limit that sets the bottleneck.

Thanks for all the good advice. Our router is located centrally in our apartment, and we are matching Spectrum’s speed. So we’ll hold off for a while until Wifi 6 routers are more prevalent and prices probably come down.

When my Comcast download rate was 250MB, my 802.11ac AEBS was able to easily keep up, but when I was bumped up to 1GB cable, my iMac was unable to show any increase through testing. As soon as I wired into the router, I saw an immediate four-fold increase.

802.11ac supports a wide variety of speeds, depending on the frequency, channel size, modulation and other factors. See also:

802.11ac-class device wireless speeds are often advertised as AC followed by a number, that number being the highest link rates in Mbit/s of all the simultaneously-usable radios in the device added up. For example, an AC1900 access point might have 600 Mbit/s capability on its 2.4 GHz radio and 1300 Mbit/s capability on its 5 GHz radio. No single client device could connect and achieve 1900 Mbit/s of throughput, but separate devices each connecting to the 2.4 GHz and 5 GHz radios could achieve ...

Given your observation, I would guess that you are connecting to the 2.4 GHz band and your iMac is only using one stream at a time (or you’re using both streams, but radio conditions are causing it to fall-back to a lower data rate).

If you can force your connection onto the 5 GHz band, you might find higher speeds, but you will require a different router (and maybe a different Wi-Fi interface on you Mac) to reach gigabit speeds over Wi-Fi.

On the plus side, “AC3200” routers (which can support up to 1.3 Gbit/s on each of two 5 GHz channels) are available. On the downside, I have no idea if your iMac’s Wi-Fi interface will support such a connection.