Photo sharing services for a club

A decade ago, I wrote an article about a photo sharing service for groups called ZangZing. Sadly, it didn’t survive as a business, nor did PhotoRocket, which was mentioned in the comments. 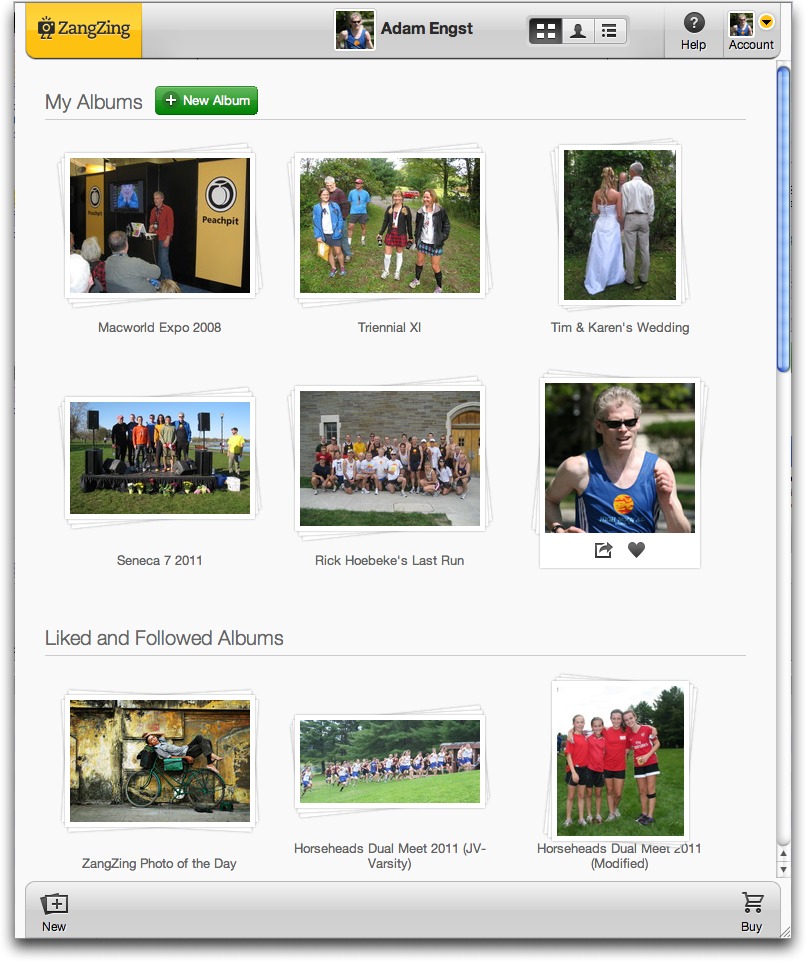 Looking to share photos with a number of other people who have also taken snapshots at a group event? ZangZing is the best service we’ve seen yet for that purpose. Adam takes you on a tour through what ZangZing can do.

Subsequently, I found and used Yogile, which ticked most of the boxes but just didn’t excite me the way ZangZing did. On the plus side, it’s a small, profitable company that has stuck around for many years. I even mentioned it briefly in TidBITS in 2012.

Thanks to the personal computer and the Internet, anyone can be a publisher today. But while our software may now solve basic visual design problems for us, most people don’t know how to think like a publisher, which results in information that’s...

I’m faced once again with the problem of how an arbitrary group (ie, I don’t want to make accounts for everyone) can share photos that anyone can access without a lot of manual effort. Apple’s Photos and Google Photos both nibble around the edges of the problem, but ultimately, they’re designed for individuals. Yogile is still around and is the leading contender I’ve found so far. (There’s another service called DropEvent, but for multiple events, its pricing gets stupid expensive—$2000 per year, and that’s for only 25 events.) You can see how Yogile works (for 7 days, since this is a free test account) in these race pictures, including a few of my friends:

My question is if anyone knows of any other photo sharing services that are aimed at groups. The criteria I laid out when writing about ZangZing still apply (and I think Yogile has all but the last two):

Any recommendations? It’s hard to research this topic because of keyword overlap and the fact that a lot of promising services never managed to find a sustainable business model, like ZangZing and PhotoRocket.

What about an email group?

I use Groups.io to handle mailing lists, and it can also handle group documents, databases, and images. There’s a paid level and a free level. The paid level is $100 per year, but it allows you to create subgroups, so people can be placed in different subgroups. Users can handle their own account by subscribing and unsubscribing from the different groups (you can setup if they need your approval or not to join a group).

Hmmm, ‘aimed at groups’ is the issue. I’ve not had to consider that. Flickr Pro would have 1, 2-ish (with shared login), 3, 5 and 6. But not 4 at all. But multiple users of varying involvement… hmm. Kind of surprising nothing comes to mind.

What about an email group?

In this case, I don’t think so, because it would largely be replicating what we’re already doing with Discourse. It’s certainly possible to share photos in Discourse threads, but it’s not an ideal viewing environment, and they tend to disappear.

Hmmm, ‘aimed at groups’ is the issue.

Yeah, it really does seem to be an unusual desire. Or rather, it’s a somewhat common desire that’s not met by hardly anything, despite several companies appearing and disappearing in the space over the years. What surprises me is that none of the major photo sharing services have added features to support groups in a real way since they have all the basics covered otherwise.