Of all the people whose deaths we’ve memorialized in TidBITS, no one was as close to us as Oliver Habicht. His name probably isn’t familiar to most, but he has written for TidBITS, commented on articles, and helped with software and hardware testing. He even played a key role for Take Control Books for several years. But most importantly, he was our best friend.

So sorry to hear of the death of your friend. He sounds like someone everyone would have liked to know.

Judaism is not my tradition, but they have a lovely expression for when someone dies: “May his memory be a blessing.” When I have officiated at funeral services, I almost always mention that I believe what brings us the most comfort and healing after a loss, especially the loss of someone who died too young, is memories of good times we had together.

Seems like you and Tonya will have no shortage of good memories of Oliver, and I hope & pray that they will be a comfort to you and all who knew and loved him.

Wonderful tribute, Adam. So sorry for you and Tonya’s loss.

I’m sorry for the loss of your and Tonya’s dear friend. This beautiful portrait of a wonderful and accomplished man will help ease the grief of his friends and family.

Condolences. I feel sorrow with you.

I’m sorry for the loss of your friend. May his memory be a blessing.

So sorry for the loss of Oliver and the pain for you both and his family. He sounds like a remarkable man and clearly he planted joy and friendship in your lives. Prayers for you all.

Condolences — thank you for the portrait of a friend

Words are never enough. But how wonderful to have had a friend - just a friend - who meant so much to you.

My condolences on the loss of such a great friend. Thanks for sharing with us the wonderful friendship.

I work in the Cornell Physics Department where Oliver handled our IT. He helped me split and optimize my windows and always had a smile on his face. He stopped in the office around the beginning of the year and it was so nice to see him. He was a wonderful soul and will be sorely missed. I’m sorry for your loss.

That’s awful. Such a loss.

I work in the Cornell Physics Department where Oliver handled our IT.

Thanks for the note, and I’m glad you got a chance to see him again after he took leave to start the treatments. Oliver was one of those IT managers who was always training his employees better and encouraging them to take on more responsibility, a trait that actually lost him a job at one point because he’d made everyone under him so useful that his management position seemed less necessary on a day-to-day basis during a budget crunch. As much as he liked fiddling with the technology himself and working with the people he supported, he always felt that it was important to help his employees grow.

Everyone should have a wonderful article like this written about them when they pass. Great job, Adam. I know that must have been incredibly difficult to write, but it was very well done. Much appreciated.

Thank you—it was truly hard to write, both from the standpoint of figuring out what to put in and the many, many things I had to leave out, and from the pure emotional rollercoaster it required. I actually wrote it about 3 weeks ago when Oliver had already exceeded his 2-week notice from the doctors, which was great, since he had a chance to read it. I think it embarrassed him a little, but he said it was sweet (and didn’t have any corrections, thank goodness).

For another view of his life and a few more pictures, here’s what I wrote for the local running club. But even this ignores his work as the head of the Varna Volunteer Fire Department, his role on the board of the First Unitarian Church in Ithaca, and so many other things. 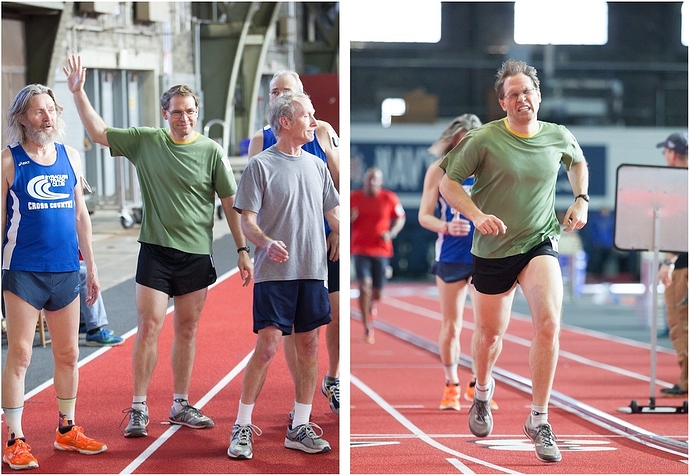 It’s inevitable, in a running club whose history spans over half a century, that some of our members would have passed away over the years. But the death of Oliver Habicht, who lost his 2-year race against pancreatic cancer on September 25th, 2020,...

My condolences. Nice tribute to your friend.

What a lovely remembrance Adam. I’m fortunate to have a best friend from college, but we don’t live in the same city. What a blessing to have such a good friend.

At the risk of repeating what commenters said before me, what an awesome tribute. I was also pleased to learn that Oliver had the opportunity to read what you wrote before his passing. So tragic to die at such a young age. Yet a small blessing to be able to tell your best friend how you feel about him while he was still alive. My wife Ilissa and daughter Rachael are both Cornell graduates, and I’ve seen how special Cornell friendships are. Something unique about the air high above Cayuga’s waters, I believe. So sorry for your loss. My condolences to all of Oliver’s family and friends, whom I am confident are numerous and equally heartbroken.

Such a brave person! and brave, appropriate memorial; and Adam, thank you for giving us the chance to have known him a little!