I know switching to Apple’s office suite is always an option, and that Google docs. are often best for collaborations…

I suppose it comes down to: How important is it that you not pay for the suite you’re using? If it is important, then there are several options that will work (with varying levels of compatibility with Microsoft documents), including Apple’s apps, Google’s web-apps, LibreOffice and others.

If, however you feel that using the actual Microsoft suite is important, I think the pricing is pretty reasonable, even though it won’t come close to your university’s pricing.

Curious if Adam has a thought re: whether updating to Catalina is worth the trouble at this time (last MacOS that’s compatible with my 2012 vintage MBPro).

Are you doing anything where you think it might matter? And what version of macOS is it currently running?

I never had any problems with Catalina, but in my case it came pre-loaded on a 2018 Mac mini. The biggest potential concern for you is that Catalina drops support for 32-bit apps. If you have any you need to run, you’ll need to upgrade them. In my case, the ones I had to pay to upgrade were Photoshop Elements and FileMaker. Everything else I could either upgrade for free or just abandoned (but didn’t delete in case I decide to set up a VM to run them on).

Another possible concern might be moving from iTunes to the decentralized suite of Music, Books and Podcasts, with sync running via the Finder. For me, there weren’t any major problems (aside from a one-time glitch during system migration), but you should note that Music doesn’t support Internet Radio the way iTunes did. If you use that feature, you’ll need to get a different app.

(I don’t know if an upgrade will force you to migrate over or if you can keep using a pre-installed iTunes. I suspect it will depend on whether iTunes is/was 32- or 64-bit. In my case, it was migrating to a new system, so I didn’t have that option.)

If you were making bootable backups with Carbon Copy Cloner, you can continue to do so with Catalina, but the boot system did change to separate system/data volumes, so your backups will be different. I would recommend wiping your clones and starting fresh (or get new drives if you want to keep your older backups). The issues that make it difficult to produce a bootable Big Sur (and later) backup shouldn’t affect Catalina.

Another possible concern might be moving from iTunes to the decentralized suite of Music, Books and Podcasts, with sync running via the Finder. For me, there weren’t any major problems (aside from a one-time glitch during system migration), but you should note that Music doesn’t support Internet Radio the way iTunes did. If you use that feature, you’ll need to get a different app.

The OP can still use iTunes in Catalina by using the Retroactive app to install as has been discussed in other threads. Works great for me and others have indicated as well.

Curious if Adam has a thought re: whether updating to Catalina is worth the trouble at this time (last MacOS that’s compatible with my 2012 vintage MBPro).

I’m not sure there’s a big win for you in that. A 2012 MacBook Pro is probably nearing the end of its effective lifespan, so it might be just as easy to stick with what you have until it’s time to buy a new M-based Mac.

What are the disadvantages of just continuing to use it? I know there may be security risks, even with using Mojave now. But it works just fine except for the ’Service Battery’ notices I get (meant to replace the battery last year before the unexpected Covid resurgence emerged) and one USB port no longer working. Especially since I replaced the old hard drive with an SSD some years ago.

As you wrote, there may be security issues. The most important thing here will be to keep Internet-facing apps up to date. For me this means:

… except for the ’Service Battery’ notices I get …

You should definitely look into that. A bad battery could start bulging, causing problems and possibly even starting a fire.

I don’t know if it’s worth the money to you, but Apple charges $200 to replace a battery in a MacBook Pro.

You can do it yourself for less, but you may find it too much work.

Another option, albeit not for everyone, was mentioned in my recent post in another Tidbits talk thread.

What are the disadvantages of just continuing to use it?

Not many, if you don’t connect it to the internet. (I use old Macs for music and media servers, while maintaining an air gap between them and the internet). Keep in mind that even if you do update application software, you’re still not getting the benefit of Apple-pushed security updates for macOS protective software such as XProtect, Malware Removal Tool (MRT), Transparency Consent and Control (TCC), etc. If you decide to use it on the internet anyway, you should be aware of the risks involved and your tolerance for same–this will vary for someone who uses the computer casually as compared to someone who has vital/proprietary or otherwise classified data to protect. Certainly, I’d look into seeing if a patch for my old Mac is available per Brian S’s recommendation–I would think a machine patched into thinking it’s a model capable of running Monterey would receive Apple security updates (but I’m not certain).

Yes, they do. My 2009 Mac Pro gets all the security updates from Apple and is running Big Sur thanks to Open Core. I could have updated to Monterey, but I prefer to wait and see if Open Core will support the final version of Monterey that is replaced by Ventura. I hope that Open Core will support my 2015 Mac Book Pro, which is not on the list of computers that will get Ventura.

I just ran across this bit of news today: 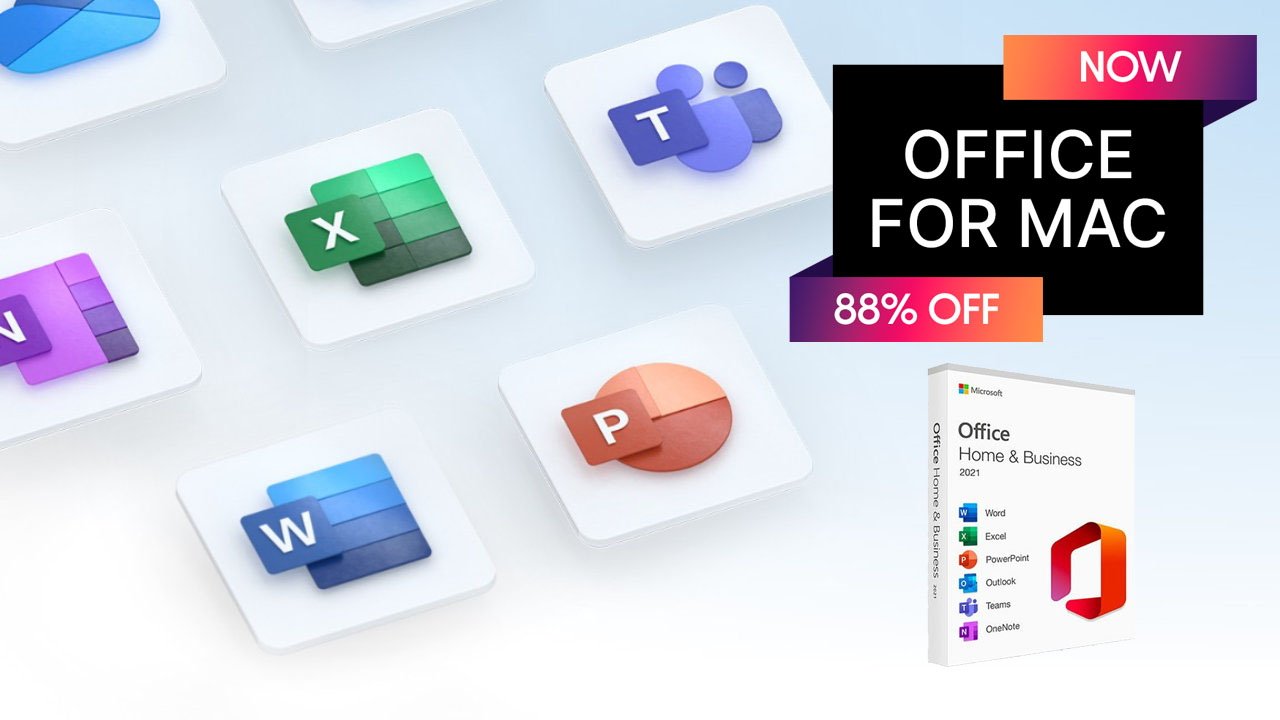 Lifetime Microsoft Office for Mac Home & Business 2021 license is back on...

StackCommerce has reissued its 88% price drop on a lifetime Microsoft Office for Mac Home & Business 2021 license, marking the return of the lowest price on record.

So if you want a perpetual license, now’s the time to go for it.

I’m interested in this too, but I’m not quite sure how legit it is.

I have a few observations and questions - I wonder if anyone can help.

I don’t know what “the catch” is. Assuming it is legitimate, then they are probably getting a bulk-purchase discount from Microsoft (much like large retailers do) and are choosing to pass along most or all of the savings.

My current Mac is still running 10.13, so won’t run Office 2021. I do have an M1 iMac on order, which should arrive within 30 days. But this makes me wonder. Is this redemption code issued by Microsoft, or the site itself? What happens if I’m unable to redeem it within 30 days?

I took up this offer and it sent me a download link from Microsoft. I was able to download the full installer with a license code, which I’ll sit on until I upgrade beyond Mojave.

I was able to download the full installer with a license code, which I’ll sit on until I upgrade beyond Mojave.

It might be a good idea to check to see if there is an expiration date on the code. Sometimes companies don’t make it obvious if it is.

How would I find out if there’s an expiration? Re: upgrades, when I first got Office 2011, I got frequent upgrades for a few years, until they stopped at v. 14.7.2. The subscription version does update more fully, but once you stop paying I believe you lose access to the apps.

I’ll bet MS follows through with security upgrades for a while, but maybe no feature upgrades for the one time upgrade.

Yes, that is correct as far as I know. I have Microsoft Office 2019 for Home and Business that is now at version 16.63.1, which had a release date of July 15, 2022.
(https://docs.microsoft.com/en-us/officeupdates/update-history-office-for-mac)

The five-year support term for Microsoft Office 2019 for Home and Business, which started in 2018, ends on October 10, 2023.
https://docs.microsoft.com/en-us/lifecycle/products/microsoft-office-2019-for-mac

How would I find out if there’s an expiration?

From the horse’s mouth:

“Buy a Microsoft 365 subscription
Purchasing Microsoft 365 is your best option . You’ll always have the latest features, security updates, and other improvements. You get Office’s cloud connected features to help you maximize productivity across your devices including 1TB of OneDrive storage, extra features with Office mobile apps, Skype minutes, the option to install Office across your devices, and access to support. Choose between Microsoft 365 Personal (for one person) or Microsoft 365 Family (which you can share with your family).”

How do I upgrade Office?

See your options to upgrade your version of office with or without a subscription.

Correct. If you buy a perpetual license for Office 2021, then you get only the Office 2021 feature set. Microsoft will provide updates for bug fixes and security updates until the official end-of-life, but not for any new features.

In addition to the lack of bug fixes and security updates once the Office 2021 end of life date is reached, it is not guaranteed that Office 2021 will be able to run on future macOS releases once the date passes. You roll the dice that Apple won’t change something in a future macOS version that breaks Office 2021.

You can reasonably assume with a “permanent” perpetual license that if you keep running the versions of macOS that Microsoft says Office 2021 will support, you can run that combination for as long as you want.

Whether not getting any new features when you buy a “perpetual license” is a bug or a feature is a matter of opinion. I have Office 2019, and at some point they introduced new “features” that made spell-checking vanish from the Main screen and move to the new “Review” screen. However, the “Review” screen lacks access to change font format – e.g., to make a character a subscript or superscript, or to italicize or highlight with a color. It took a long time to figure out what they had broken, and crippling what can be edited hampers my work.