We’d like to welcome as our latest long-term sponsor MinuteHound, a company that provides a zero-contact biometric time and attendance tracking solution.

Sorry to see TidBITS taking money from companies like this. The way you write this up makes it sound like it’s designed purely with altruism in mind and to make staff members lives better. In truth, this type of thing is a tool of management to oppress workers and treat them as corporate assets and not human beings.
You quote The American Payroll Association ‘who estimates that “buddy punching” and schedule exceptions cost the average business 5% of payroll’. I’ll bet they do. I’d love to see the methodology behind that estimate.
Wouldn’t it be nice to see a company that actually treated its staff like human beings, with respect and trust. Time and time again we have seen when that happens, productivity and profits increase.
This kind of garbage has no place in the workplace and shame on you for promoting it.

If you’re an employer who pays employees by the hour and has specific staffing needs, you care deeply about when your employees are present. The goal isn’t to oppress workers, it’s to run the business, and that either can’t happen at all or won’t happen effectively if employees aren’t present when they’ve agreed to be. Time and attendance tracking solutions ensure that everyone’s in agreement about what hours were worked.

Treating employees like human beings, with respect and trust, should be a base assumption. I would hope any business would only employ people who have taken their jobs voluntarily and with full knowledge of the work requirements, and would pay them fairly and treat them well. I’m fully aware that’s not always the case, but to the extent that such abuses happen, they seem unrelated to a system that provides an automated way for employees to record when they come and go.

As I noted in the welcome message, the CEO of MinuteHound is a long-time TidBITS reader, and I’ve had several extended conversations with him about the technology and the history of the company. Obviously, I know only what he’s told me, but nothing I heard gave me any significant concern. As far as I can tell, MinuteHound is a company providing a solution to an issue faced by numerous employers, and their customers find it useful and effective.

Now, as for the privacy issues surrounding facial recognition, that’s a larger topic. I was comfortable with what I was told regarding the tokenization and encryption of the facial recognition data from a general privacy standpoint. Plus, MinuteHound has relatively few people in its system (in the scheme of things—we’re talking orders of magnitude smaller than Amazon, Apple, Facebook, and Google), they would be widely scattered in the physical world, and the system is unique, so it’s not like its data could just be sucked up by some other entity and turned back into faces for some obvious nefarious purpose.

To my mind, without some major regulatory shift, the facial recognition train has left the station. Billions of photos and billions of hours of video of people’s faces are available to anyone (many of which are self-inflicted), and the state of machine learning and the hardware available means that it’s a solved technical problem. There’s an entirely legitimate conversation to be had about how that could or should be regulated.

There is nothing secret or hidden, or anything that sounds deceptive about this software. Individuals who choose to use it for themselves are more than likely well aware of how it works. Companies that use it to track employees will have to let them know how it functions as well.

My husband has been working at home for a few years for a company that uses tracking software, and he’s never heard any problems with it. Now that a larger % of the population is working from home due to the pandemic, many individuals and companies are considering cutting down on office space and commuting time by allowing more part or full time work at home. A friend just happily agreed to a two days in the office, three at home going forward. I know of others talking about working out other deals as well. So I suspect time tracking will become more of a thing.

I’m glad to hear that a cutting edge company will be supporting TidBITS. I’ll bet a number of readers are IT decision makers, business owners, freelancers or in other positions that would benefit from time tracking. MinuteHound made a very wise media decision in TidBITS.

To be fair, MinuteHound isn’t the sort of thing an individual would use for tracking their time while working from home. It could conceivably do that, but it would be clumsier than an app like Timing. It’s really aimed at businesses with employees that need to track their hours at a particular location. You know, like all those essential businesses we keep going to. 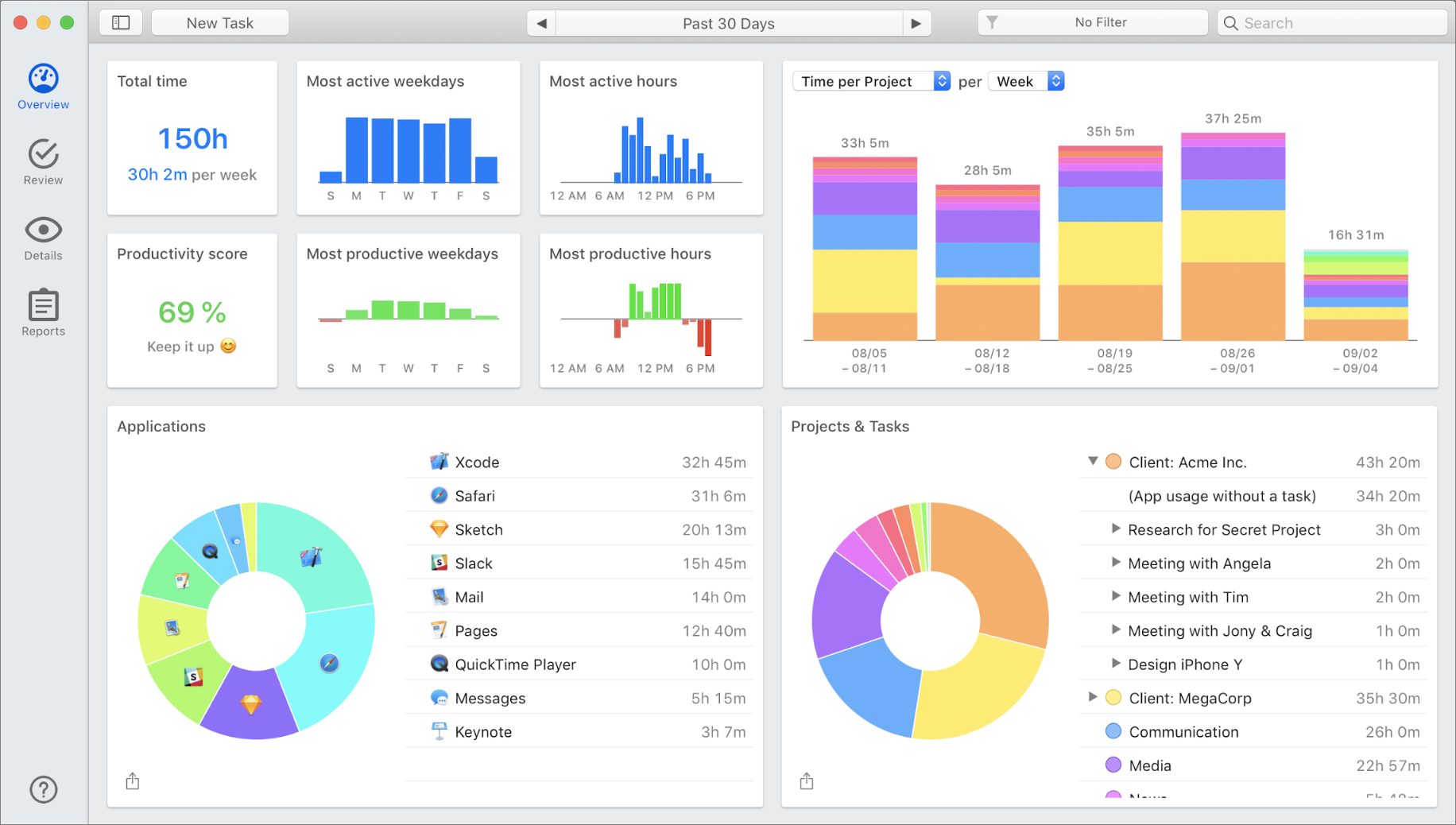 Timing 2’s ability to watch which app you’re using, track your time, and categorize that data can help you manage and report your time. Jeff Porten reviews the app and provides strategies and tips for how to make it work for you.