Howard Oakley posted this about macOS 10.15.7 on his Eclectic Light Company blog:

Among the bundled apps, only Mail has changed, by a small build increment from 3608.120.23.2.1 to 3608.120.23.2.4. Accompanying that are similarly small increments in many of Mail’s support files, including the MailMigrator plugin, private Email frameworks, and Mail and IMAP private frameworks. These are strong evidence that this update attempts to fix the remaining bug(s) in Mail, although Apple hasn’t mentioned that in its release notes. Let’s hope it succeeds.

How about iPadOS? Still screwy for me.

For admins, apparently 10.15.7 fixes a problem with enrolling Macs into MDM solutions. 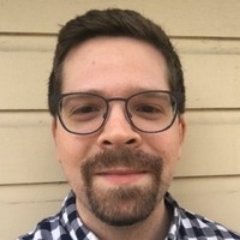 I'm being told this is fixed in Catalina 10.15.7. The first .7 release since March 21st, 2011 (!). Test your enrollments and reply if things are working again. Going to keep my mitigation in place for now. https://t.co/RFKohFRoij

80% of our new Macs were failing to enroll. Why? They were too hot after installing macOS (?!) Apple and Jamf both acknowledged the bug, there were Jamf Nation posts. Here's how I fought back against enrollment failures and set up 1,000 Macs in a week. https://nstrauss.github.io/mitigating-mac-enrollment-failures/ …
1 Like
aforkosh (Alan Forkosh) September 25, 2020, 3:47pm #5

As the person who mentioned the Spotlight bug and fix, I’m not sure that anything in the iOS update actually fixed the issue. It might be that an index or cache had been corrupted and the process of updating forced the corrupted element to be recreated.

By the way, I realize that I have almost 1000 apps on iOS (mostly unused after the first use). Perhaps that caused the issue.

I managed to get all five updates installed this morning although I continued to have problems updating my series 3 watch where the “Verifying” alert seems to go on forever. After googling Apple, Watch and Verifying, I landed on the Apple help forum which revealed I was not alone. It was recommended to shut down the watch, quit all the phone’s Apps, restart on the iPhone and watch and try again. This worked.

Is there any way to tell when an update will be released? I am usually slow to update, and at least once I decided to update only to find an new version had been released hours before.

Would a possible solution be to back up my iPhone or iPad, archive the backup, install the new release, back up again, archive, then restore the previous release (keeping careful notes, of course)? In case it matters, I back up to a Mac over a cable using iTunes, and I have never restored an iOS or an iPadOS backup. (I hope it’s as simple as clicking the restore button in iTunes.)

Is there any way to tell when an update will be released?

No, it’s a surprise to all of us. All I can suggest is that you check the TidBITS home page for mention of updates before installing. We’ll almost always have coverage within the day.

It seems to have killed Siri on my IPad. It’s still there but never answers any questions. The most I get is “Just a moment.”

A post was merged into an existing topic: Security Update 2020-005 (Mojave and High Sierra)

I updated my iPad from iPadOS 13.x to 14.0.1. Now the capability of using my iPad (which has cell signal capability) as a personal hotspot is not available when checking the settings. I was using this hotspot feature easily, under 13.x. Can anyone shed some light on this problem??

Have you changed your carrier plan recently? The same thing appeared to happen to me as well. Coincidentally, at almost the same time I upgraded from 13.x to 14.x, I had upgraded my carrier plan to an unlimited plan (from Verizon). It turns out that not all of Verizon’s “unlimited” plans are the same, and I had to upgrade to a more expensive “unlimited” plan to restore hotspot capability. It was another $10/month. As near as I can tell, none of Verizon’s “unlimited” plans are actually unlimited because the amount of data that can go through the hotspot is still limited.

I have not changed the carrier plan since it was first established for the iPad in mid-2019. Still Verizon at 10.00/month (for the iPad), for being on a cell plan which has one cell phone (my wife’s), and my iPad on it. Note: As far as am able to tell, there did not seem to be Verizon data restrictions when using the hotspot under iPadOS 13.x, but I could be mistaken about this.

The irony of this situation is that, when I was upgrading my iPhone to 14.0.1, it was plugged into my MBP and iTunes was managing the update (this is because I like to do a local backup of the iOS device before upgrading in case I want to revert). Now, even though the MBP was connected to the Internet via an ethernet connection to Comcast, for some reason iTunes decided to automatically turn on the hotspot and do the download through the hotspot instead of Comcast. As a result I exceeded my monthly Verizon data limit. I don’t know why it would do this, but it was the second time iTunes has done this when downloading an iOS update. Since I was already faced with paying a penalty for exceeding my data limit, and this was the second time it had happened, when Verizon offered me an unlimited data plan, I thought that would solve this weird problem. It wasn’t until the next time I wanted to legitimately use the hotspot that I discovered the hotspot was disabled. That’s when I contacted Verizon and they told me I had to pay another $10/month to get the hotspot functionality restored. I think it’s a bug that iTunes can turn your hotspot on even when you’re connected via ethernet or wifi, but it can, and it does.

You might still want to check with Verizon. They might have changed your data plan. When they changed my new “unlimited” plan to add back the hotspot capability, I had to restart the phone after they made the change (note: I didn’t have to do a restart to change from my previous data plan to the initial “unlimited” plan). Since you have to do a restart when updating iOS, it might have been that they previously applied a change removing the hotspot capability, but it didn’t take effect until you restarted your iPad after applying the iOS update (which would be even sneakier). I never had any issues or data restrictions using my Verizon hotspot under iOS 13.x.

I’ve had only worsening problems with Mail since the updates. IMAP messages are apparently not properly deleted and moved to Trash - on the deleting device they go away, but checking mail on another device shows them as still in the Inbox and Unread. Even many hours later. Even after quitting Mail. This previously only occurred on my old iPad Pro, but is now on all iDevices since the updates. Also when reading Mail in portrait mode on the iPad, the unread count does not decrement. Haven’t tried other orientations yet. Surely others are seeing this now, as it is universal on my devices.

First, @fritz, I’m sorry to hear about iTunes turning on your hotspot. That seems completely inappropriate.

Sorry if I’m being dense here. Earlier in the thread, I asked about doing just what I think you described, and I understood @Simon to say it wasn’t possible (at my level of expertise).

Would a possible solution be to back up my iPhone or iPad, archive the backup, install the new release, back up again, archive, then restore the previous release (keeping careful notes, of course)?

Still earlier, in a different thread that I don’t recall, I had asked about obtaining older versions of iOS, and I understood the answer to be that it wasn’t possible (at my level of expertise and perhaps not at all).

Keeping in mind that I’m ignorant and need things to be spelled out, would someone please explain how to restore a previous version of iOS (if I have a backup) or confirm that it is to complicated for me? Thanks.

Will, don’t get me wrong. It can be done. Aside from the backup you need the OS installer (the .ipsw file) and Apple still needs to sign the version you’re attempting to install. Right now Apple is still signing 13.7. I don’t know exactly where to get the 13.7 .ipsw file from apple.com, but I’m sure a friendly and knowledgeable fellow poster can help out there.