Mac OS X at 20: The OS That Changed Everything

Originally published at: Mac OS X at 20: The OS That Changed Everything - TidBITS

Mac OS X is now 20 years old, and the operating system that once seemed like it was from 20 years in the future is more relevant now than ever before.

I still remember standing in line at Mac World in Paris for the OSX preview version in its carton envelope and then sitting outside pouring over all that wonderful promissory goodness.

Those were great days.

I recall a colleague actually buying the Public Beta, but I think I waited until 10.1 - and haven’t installed an x.0 version ever since.

I have every version at home, starting with Mac OS X beta. Installed all of them and I think I started using it on a regular basis at home and work with 10.1, even though much software was running in Classic.

Paris MacWorlds… man. Forgot about them.

Great piece. Reminds me how long I’ve been reading TidBITS … and that I conducted this 1998 interview with Gil Amelio.

Bought my first Mac Titanium PowerBook G4 precisely because it came with Mac OS X, albeit on an included DVD as it booted MacOS 9. Why? Because it ran every single Linux application I threw at it. It was the best of both worlds and you had Office and Adobe apps on top. When they switched to Intel it was very good with virtualization via VMware & Parallels & VirtualBox.

But the most important thing about the NeXT acquisition was the cross platform kernel and advanced developer API’s that were way ahead of their time. So much so that most of it is still in the latest macOS 11. It’s also in every iPhone, iPad, AppleTV, etc. When Apple launched Mac OS X it ran on PowerPC but it was also running internally on Intel. The new Apple Silicon M1 and subsequent SoC processors are merely scaled up iPhone & iPad processors. Larger die size and more cores but essentially the same thing with plenty of engineering differences due to the different design constraints. But macOS 11 is still running the same code just compiled for the ARM instruction set based Apple Silicon.

The technology from NeXT has been Apple’s secret weapon all along, none of the successes over the last 20 years would have been possible without it. OpenStep ran on multiple architectures including Windows. NeXT had WYSIWYG before anyone else because it used DisplayPostcript. Mac OS X had to use DisplayPDF due to Adobe not willing to relicense Postscript. That’s why you can create PDF’s on a Mac by default. NeXT was doing audio and video snippets in email way back in the early days. That’s turned into audio clips in Messages. Tim-Berners-Lee created HTTPd and the World Wide Web on a NeXT workstation. Doom, the video game was developed on a NeXT workstation. NeXT was running software for Wall Street. It’s early development RAD (Rapid Application Development) predated Visual Basic with it’s drag and drop GUI construction. I remember developers using graph paper to measure out their screens so they could calculate all the x, y coordinates they had to code by hand. The list goes on and on and on. The work done on NeXTStep & OpenStep paved the way to the future of Apple. Sure, there are new API’s but if you look at the existing API’s most start with ‘ns’ which stands for NeXTStep.

Look at what I found: 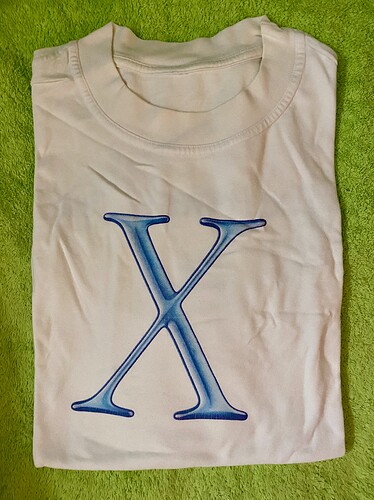 Must be from Paris also

The first Mac that I got to use for work — a PowerMac G4 — came with OS 9.1 preinstalled, plus (I think) OSX 10.0 as an option. For compatibility reasons, we opted to stay with OS 9.1 until a few years later when it became necessary to move to OSX and we upgraded the machine to 10.3. Workplace subsequently bought a PowerMac G5 running OSX 10.4. Neither PowerMac got upgraded past those versions.

I do miss the Aqua interface from the earlier versions, current macOS feels pretty sterile by comparison.

I miss the colors, the text contrast, the skeuomorphism.

Booting up an old system is a breath of fresh air. Full color icons, larger sidebar icons in full color in the finder, black text on white background.

I can’t wait for Apple to reinvent the wheel, and do away with shades of grey text, color translucency, tiny grey icons … that reduce contrast and make everything harder.

I fully agree. And the latest ergonomic design blunder is the new Big Sur icon style where you can’t distinguish one from the other in the dock. The iOS icons were designed to always stay large on the screen. In MacOS they can get far smaller and that’s where shape and colour become much more important.

I found this icon comparison on this page here.

When the human interface design falls victim to ideology, downhill is where you go. Jony Ive is a great hardware designer, but keep him (and his ghost) far from your GUI.

But don’t get me wrong. I like many of the Big Sur changes as far as they bring back colour and clarity. But I still think its lickability coefficient is far too low. Steve Jobs had a very good eye for it. Apple is clearly in need of that eye.

If you wanted to examine settings of one OS 9 Control Panel while another was already open, you could just open it, too, and look at ‘em both. Good luck doing that with a couple of System Preference items, even after 20 Years. Never could understand that.

I still use one of my SE/30s. (Circa 1990) It is running A/UX (Apple’s licensed version of ATT UNIX). UNIX not OS X was the revolutionary change it just took Apple a long time to get back to it.

Fun read. Twenty years, though some of us were enjoying the wonders of Mac OS X ten years earlier under the guise of NeXTSTEP. Apple buying Next in 1997 always felt like a reverse takeover to me. Tevanian and Rubinstein were kinda heroes of mine. First read the news while breakfasting at a London Hotel on route back home to Japan. I knew then Apple was going to survive. The rest is…

If you wanted to examine settings of one OS 9 Control Panel while another was already open, you could just open it, too, and look at ‘em both. Good luck doing that with a couple of System Preference items, even after 20 Years. Never could understand that.

I hadn’t remembered that, but I have to admit, I can’t think of a single instance in the last 20 years when I’ve wanted to compare two panes of System Preferences side-by-side. Most of the settings in them are completely unrelated, and those that aren’t (like hot corners applying to the screen saver and Mission Control) are accessible in multiple locations. I suppose that if this was something you really needed to do, a screenshot of one pane would let you look at it while working in another.

Apple buying Next in 1997 always felt like a reverse takeover to me.

I remember a joke from not long after the takeover that NeXT had acquired Apple for -$429 milion.

Mac OS X had to use DisplayPDF due to Adobe not willing to relicense Postscript.

A more important reason was that Apple didn’t want to be beholden to Adobe. Adobe could have used a Display Postscript license to blackmail Apple at any time.

Might be a cover, but it makes sense to me. PostScript is (and always has been) far more than just a page-description language for printers. It is a general-purpose programming language. As such, any PostScript implementation (display or otherwise) is going to require support for all kinds of capabilities that are rarely (if ever) used for driving printers.

Additionally, PostScript output tends to lose all semantic knowledge of the source document. There may not even be text in the file - replacing it all with the various spline curves and regions generated by the fonts. So it is far more difficult if you want to load a PS file and try editing what you’ve loaded - even simply copying text as something other than vector graphics may not be possible.

PDF, on the other hand, is far more narrowly focused and is designed specifically for the purpose of document presentation. It drops the complicated features that aren’t needed for document presentation and it adds other features (e.g. OCR text overlays for bitmaps) that are really useful for this purpose.

So the choice always made sense to me.

Adobe’s licensing is another issue, but I’m sure Apple could have negotiated something. Adobe, for all its market presence, is not the unstoppable juggernaut that IBM was (c.f. what happened to Rosetta). Especially if Apple built its own PostScript engine without using Adobe’s code.

According to the official Steve Jobs biography, it stated that Adobe was unwilling to license Postscript for use as DisplayPostscript. However that could mean that Apple was unwilling to pay whatever insane pricing Adobe offered. PDF is based on Postscript and is open source so they went with that. Not every feature of Postscript’s language was required. Engineers obviously figured out what they needed and made it work.