Frustrated by wanting to write about various topics that are either too big or too small (or too something) for a full article, Adam Engst resorts to sharing some short stories that may be enlightening, enjoyable, or just allow him to close a loop in his head.

I find that the reply by your Parallels contact regarding their stance on Windows on ARM is interesting, and at the same time somewhat disingenuous. Reading between the lines, they know full well that Microsoft does not intend to support what they’re doing, but they don’t want to come out and tell this to their customers as their business is primarily “Windows on Mac”.

Until Microsoft changes their position, using Parallels for Windows on ARM is best left to the hobbyist. Using it for real work is taking the chance that if something breaks you won’t get help from Microsoft.

That’s definitely a concern, although I don’t know that Microsoft could be counted on to provide any useful support even if you had a problem with a supported version of Windows under Parallels Desktop. I somehow doubt that’s a configuration Microsoft tests against.

The question then is if Parallels would be able to provide the support you need, and that’s a different judgment call.

Windows hardware support is tricky and yes, they don’t test every permutation. However, they start by specifying a list of supported CPUs for the product, and certain features such as the TPM module. From that point OEMs provide peripheral drivers (disks, graphics cards, sound cards, etc.) if needed. As of Windows 11 those seem to be WHCL certified new-style drivers. I bet Microsoft expects OEMs to provide that support and testing from what I’ll call a “reference configuration”. This works for virtualization because the vendors start with a Microsoft-certified chipset (Intel) and then add either emulated devices for standard Windows drivers, or drivers for their virtual devices (e.g VMware Tools or open-vm-tools).

Adam: I find Kurt Schmucker’s reply a masterpiece in evasion and obfuscation, as I expect do you. This does not bode well.

I am faced with yet another upgrade decision, and M-chipped Macs’ inability to host anything much under Parallels is a major issue, not least because I have taken the ‘freeze and virtualize’ approach rather than OS Upgrade Hell over the past two decades. As a result I work a lot in Office for Mac 2004. (It works, I paid for it, it does what I need, so why not? And that’s not even going anywhere near my major software investments – Adobe.)

Unless and until (or even if: it might be technically impossible) Apple silicon can support the massive raft of virtualized OS-es that Intel silicon can in Parallels, it will sadly remain a closed world to me.

Office 2019 / 365 on Mac is a universal App and in 2016 was re-written from scratch in native Cocoa. It runs very well indeed and it’s updated frequently. I don’t know the specifics of the particular workflow. But the only downside is that the Office for Mac apps are sandboxed so if your VBA / Macros / Add-ons access things outside of Word they may not work. If the 3rd party that created an Add-on doesn’t bother to support Mac then you’ll need to find an alternative. The Apps are sandboxed because they are in the App Store but can also be downloaded and installed from Microsoft but they are still coded to run in a sandbox.

There’s always more than one way to accomplish a goal and some of these workflows may have been cobbled together over the years using available tools but that doesn’t mean it’s the best way to do it. We had a metric ton of custom spreadsheets and MS Access databases and the like where some whizkid in a department built it and the whole department used it then the whizkid leaves the company and there is no one to support it. Unless you find a grizzled old engineer who happens to be having a really great day and they are bored, they might take a stab at peeling back the layers and tackling the mess under the hood. Eventually we started looking into all the business apps and eliminated redundancies and replaced multiple toolchains into modern web apps. So instead of a home grown app launching Word to generate a letter, we have a web app that generates a PDF hooked to a record in a cloud based database server. As time went on we eliminated a lot of these kludge solutions from decades ago. One such tool was a PTO time tracking Access database. We just installed the HR tool Workday and that offered the same functionality even better.

Personally, I find Word to be such a tangled mess that I can barely stand it. Pages is far easier but underpowered. I’ve taken to writing technical documentation in LaTeX and I can check the markup text files into a git code repository. I even found ways to automate it with various scripts and python. I can now crank out technical documentation and make it look amazing in PDF’s. The only trouble with LaTeX is the learning curve but it’s not all that bad. Once you have your templates set up the rest is inputting the content with minimal markup. If you have a programmers text editor it’s a piece of cake. But alas it is not for everyone. Yes, it does mathematic formula formatting exceptionally well. But it can do complex book layouts, presentations, pamphlets, etc. It is a very capable typesetting system.

I find Kurt Schmucker’s reply a masterpiece in evasion and obfuscation, as I expect do you.

To be clear, I’m not criticizing Kurt. He and Parallels have to navigate a tough situation that’s not of their making and isn’t under their control. In our ideal world, Microsoft would just release Windows 11 for ARM and throw their full support behind it. Obviously, that’s not happening, and I’m sure there are multiple reasons for that too.

I have taken the ‘freeze and virtualize’ approach rather than OS Upgrade Hell over the past two decades. As a result I work a lot in Office for Mac 2004.

Unfortunately, this is going to be a major pain point for you, should you want to keep doing this in the future. It might be worth considering upgrading to some newer apps.

Unless and until (or even if: it might be technically impossible) Apple silicon can support the massive raft of virtualized OS-es that Intel silicon can in Parallels, it will sadly remain a closed world to me.

Sooner or later, you will be forced to upgrade. Once Apple stops making Intel Macs and the marketplace for used equipment dries up, your only other option will be to abandon Macs altogether.

But that’s not necessarily the end of the road. There is also the possibility of emulation, where ARM-based software emulates an Intel (or PPC) processor and related system hardware in order to run operating systems designed for those platforms.

You may want to look here for some starting points: Apple Silicon M1: How to run x86 and ARM Virtual Machines on it? | by Dmitry Yarygin | Medium

It looks like there are a few products that might work. All are emulators based on QEMU. I don’t know if any of these are yet capable of running macOS in emulation.

I also ran across this article: 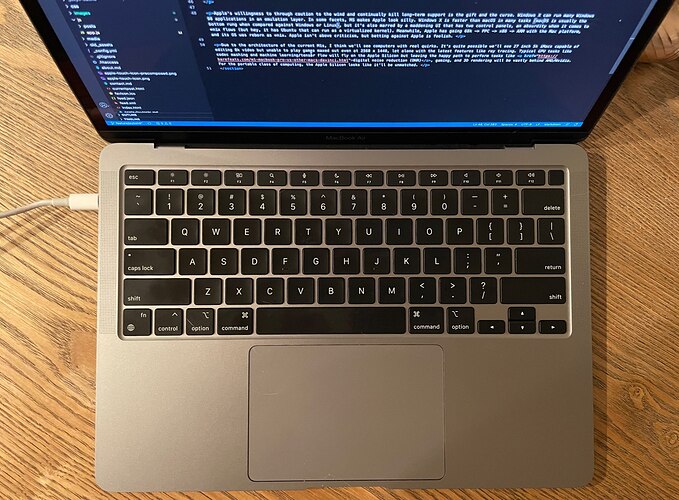 It would appear that at least one blogger is using QEMU on Apple Silicon to emulate a PowerPC Mac, running Mac OS X 10.4. This may be able to run Office 2004.

If it works, you will probably see better results this way. Emulating a PPC Mac vs. emulating an Intel Mac with Rosetta.

For those intrigued by the small size of the Insta360 GO 2 but put off by its recording limitations, there’s now a 64 GB model that presumably doubles the recording time in different modes. 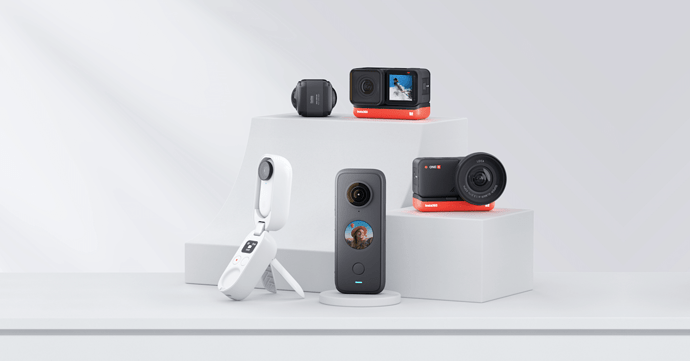 Insta360 Store: The Official Store for Insta360 Cameras, Accessories and...