My first iPhone was the 4s, so I never held anything earlier. I looked at some cases online last night and it seems like the more durable ones that I typically get (Otterbox Commuter/Defender) would take care of the curved edge.

What I found with my SE though, is that since it was the same size as the 5, some companies didn’t make anything new for it and it was like they were just pulling old stock off the shelves for cases. I seemed to have an easier time getting replacement parts for my 4s cases after 5 years, than I did in 2 years for the SE. I hope the new SE doesn’t suffer the same fate.

I actually have one! Completely forgot about it - thanks!

I do use my “real” camera when I plan on taking pix, but I still manage to take thousands otherwise with the phone when I’m out and about.

Unless you put a case on it, that will take care of both problems.

Personally, I never get a case. I don’t like the idea of spending a lot of money on a phone that was engineered to be svelte and sexy, only for me to then go out and slap an ugly shell onto it effectively making it fatter.

That said, I do understand other people benefit from cases to help them deal with drops (I very rarely drop my phone, but of course I know it happens) or to store credit cards etc. (a lot of woman seem to like that). I guess it’s just not my thing. While I consider the wobble unsatisfactory engineering, it’s not that it bothers me to the point where I’d go and buy a case because of it. Of course, YMMV.

No thicker? Or larger (just bezel magic?). I’ll admit to being too lazy to look; not really interested in the SE2 at this point. I’ll see what’s in Apple’s lineup when my SE is no longer viable.

The 8 and new SE are only 0.4 mm thicker than your old 6. If you had trouble holding the 6, I would imagine it could be the same with the new SE. The finish is different though, so that might help (or not). You should try it out and check for yourself once Apple stores can re-open again. Whenever that will be.

7 posts were split to a new topic: Issues with reply via email

So, I had the 7, which I considered too big, & for its last x months it refused to hold my fingerprint. Where to go next? 8 was too big & the 11s were already out. I went to an Apple store to feel them. I ended up w/iPhone 11 Pro & IT’S TOO BIG. Apple just isn’t considering those of us with smaller hands!!!

Well if the 7 was already too big for you it’s no surprise the 11 Pro wasn’t going to feel better. It’s larger in every dimension. Heavier too.

I feel I will keep my 64GB SE until it dies or I do. I note the new SE, which looks lovely especially in red, just replaces the identically-named old SE as if the original one had not existed… and that makes me wonder if my old SE will be deprecated for iOS 14.

I’m guessing it’s cheaper to re-use what they can from existing form factors than retool for smaller form factors; significant for a budget device. I also wonder about heat dissipation in a smaller form factor; heat is a huge problem, made worse by wireless charging. Not sure the area difference is big enough to matter, but it just might be.

Call me happy. This new SE is very close to the same physical size as my faithful but aging 6S, so the size is fine with me. I am finally able to install the latest operating system and download dozens of apps. (Everybody has an app these days, and I only have 2 screens of them on my phone right now, to conserve memory.) I am going from 16MB to 128MB! The 11 is much too big and too expensive, so the timing on this SE is just right. Now I can join the rest of the 21st century!

After having the Xr for almost a year I’m trading it in for the SE, back to the smaller size. I went back and forth between the 8 and Xr and thought the Xr would be better. However it’s just too big for my pockets and my hands as many have said. It will be nice to have something that fits nicely again. I don’t know what I’ll do in 4-5 years- hopefully they keep making a smaller phone.

I don’t know what I’ll do in 4-5 years- hopefully they keep making a smaller phone.

Rumors say the iPhone 12 expected this fall will come in one model with a 5.4" screen and no bezels.

Silver lining, the low-budget 2020 SE will still remain quite close in size to this rumored 5.4" 12 meaning that there will be a good selection for those who felt left out with the recent 11s — both those who want inexpensive rather than small, and those that prefer small over cheap.

4s. For me, that’s the one that went through the wash. I still have it (used, in box). Good paper weight now.

Honestly, I’m a little puzzled by all the negative comments based on the new SE’s size. My original SE is, in most respects, a wonderful iPhone; but reading web pages on such a tiny screen is a constant frustration. Composing web messages is even harder. Considering the pervasiveness of the internet in virtually everyone’s life nowadays, the original SE’s screen is simply too small for the average iPhone user today. Compared to my iPhone XR, the iPhone 8 feels very thin, light and easy to handle. I think a cheap, modern iPhone of this size will be a huge hit.

I agree – I think it goes to a difference in definition. Apple seems to see a ‘small’ iPhone in relative terms, thus the new one being about the same ratio to the larger iPhones as the first one. Others have a more absolute definition of small.

Actually, that’s a good question – what constitutes a ‘small’ phone for everyone? What’s your definition?

My definition is what I said in my last comment: A good small phone for everyone has to be reasonably suitable for all the tasks that most people use a phone for. The old SE, as much as I love it, doesn’t fit that definition because of the tiny screen. Could Apple have made a bezel-less iPhone SE smaller than the iPhone 8 but with a larger screen than the old SE? Probably, but for whatever reason, that’s not what they decided to do.

Considering the pervasiveness of the internet in virtually everyone’s life nowadays, the original SE’s screen is simply too small for the average iPhone user today.

I don’t think anyone is arguing Apple should release a 2016 SE sized phone for the “average” iPhone user.

What I do believe some are arguing is that next to the half dozen or so cutting board sized iPhones there ought to be room for one iPhone that can still be used well singlehandedly by people who are south of 6’ 5".

But I agree with the rest of your comment. I also believe this new SE will do very well on the market. It’s a lot of oomph you’re getting for $399.

What I do believe some are arguing is that next to the half dozen or so cutting board sized iPhones there ought to be room for one iPhone that can still be used well singlehandedly by people who are south of 6’ 5".

Okay, what size is that?

what constitutes a ‘small’ phone for everyone? What’s your definition? 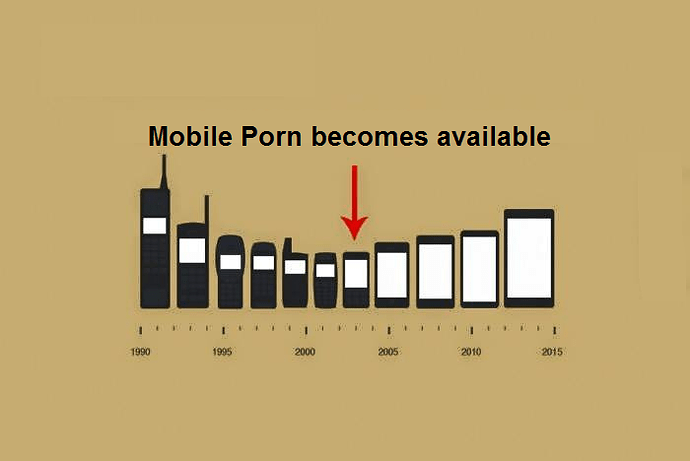