Is my hard drive cooked?

I got a flashing question mark on a 2013 macbook air.

Resetting the NVRAM gave me the extra chimes, but the question mark persisted.

Invoking Disk utility w/ command-R showed me only some “base system” drive but not the start up drive.

When I chose to reinstall the system, there was no hard drive to select to install on.

When I rebooted into an external clone, the internal drive did not appear in disk utility

I also booted it as external (Command-T) and it showed me the lightning screen, but I couldn’t connect it to my iMac to see if there’s a disk that would mount. (I have thunder bolt and USB ports on both machines but no cable with those on both ends)

I booted into online diagnostics (option-D I think) and it came back with “There maybe an issue with a storage device” and a reference code. And to call apple support.

Anything I missed? Is there any hope?

I don’t own any diagnostics tools. Last time I brought a computer from the dead long enough to erase the drive was with a 2008 macbook pro, but it was probably just luck. I’ve paid no attention to the tech of the last decade… never even looked at the Restore function before. (sigh)

Not really sure. I’ve had drive problems in the past myself and was able to resolve some of them. What concerns me here is that the drive doesn’t appear in disk utility when booted from an external drive. The fact that your drive has effectively disappeared seems to imply that it has given up the ghost. Of course, I’m no expert and others will probably have deeper insight into this than me. I hope things work out for you, come what may.

I think you’re probably down to replacing that drive and reinstalling a backup.

There’s a range of disk utilities you could try if you have another Mac you could attach it to. I’ve had mixed experiences with all of them. Try the trials and see which bites.

I’ve had results where all failed bar Data Rescue where files are recovered but without names. A nightmare.

It does sound like the SSD is dead. On the plus side, it’s not difficult to swap it out on that model.

Try Steve Gibson’s SpinRite, if you have a Windows machine to run it on. (Will run on Intel Macs soon.)

Interesting, thanks! Do I need to have Apple swap it, or would it be possible for me to do it like in the olden days… Haven’t been inside these machines for more than a decade 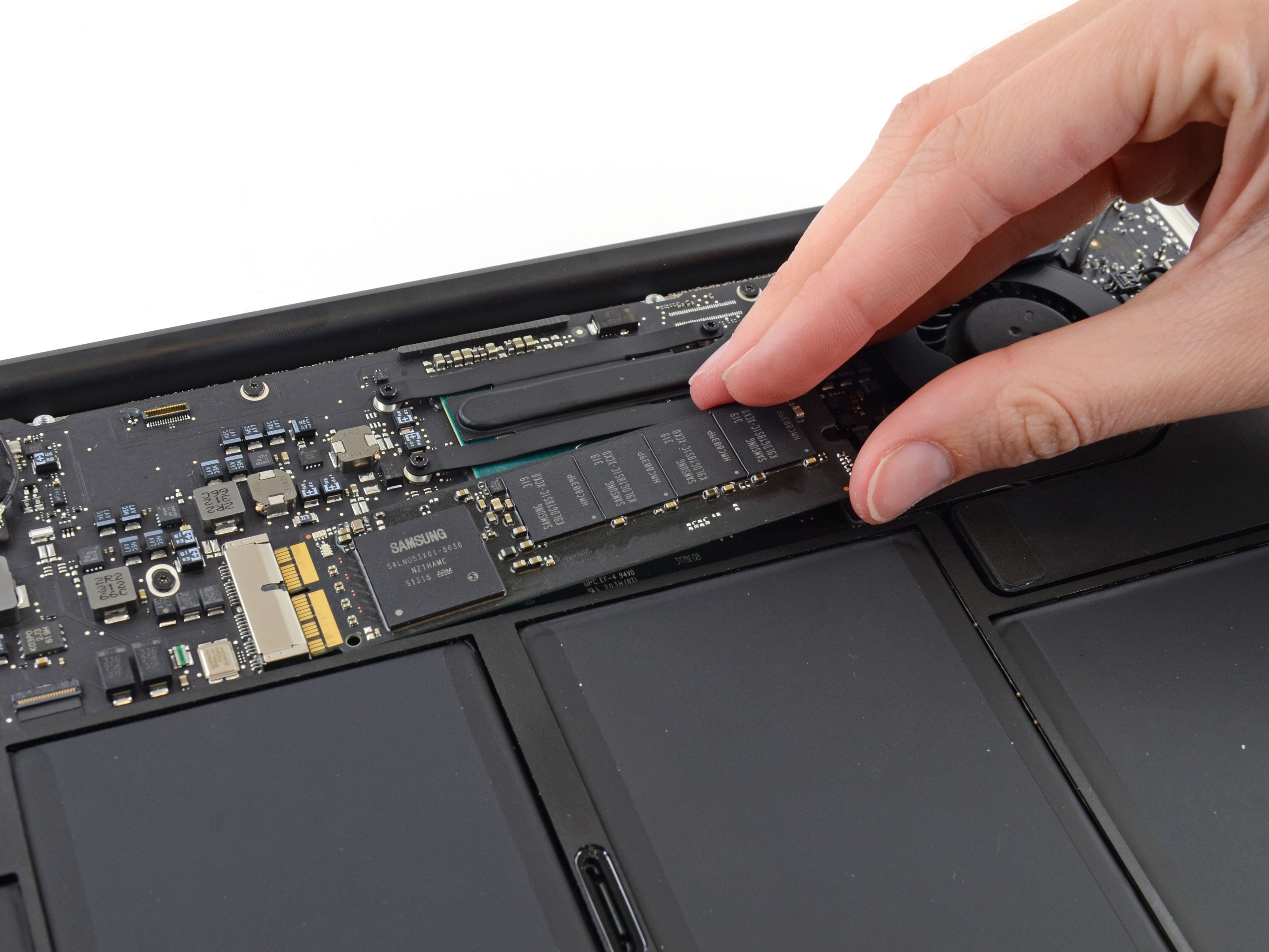 Upgrade or replace the Solid-State Drive in your MacBook Air 13" Mid 2013.

I’m sure other repair shops local to you could also do it for less than Apple. That model is approaching a tenth birthday, you might consider moving on if possible, that’s a pretty good run.

Thanks a bunch. Great information. The computer is my husband’s and he’s really attached to it… so waiting for him to decide if to move on.

Having done a few SSD and battery swaps of that era Airs, I’d rate it on the easier side of moderate difficulty. Biggest decision is whether it’s worth it to spend the money on the new SSD. New drive from OWC ranges from $70-300 depending on size and speed.

Yeah, I’ve opened up a few MacBook Airs in that era and it’s really pretty easy. In this case, I’d put a new SSD in, partly because it’s an inexpensive solution and partly because it keeps the MacBook Air usable for someone else should you wish to upgrade to a new one in the not too distant future.

Thanks to all who replied. Super helpful.
Still mulling over if to try and fix it or move on…