iPhone 12 Mini and iPhone 12 Pro Max: A Roundup of Reviews

The early reviews are in for the iPhone 12 mini and iPhone 12 Pro Max, the two extremes of the iPhone range. What do you give up by choosing one of these extreme sizes?

“Extreme size”? I would object to that moniker for the 12 mini. It’s barely smaller than the 6-SE2.

So far I’ve been enjoying my mini just fine. It’s smaller than the old 6 I threw away, but it’s still noticeably larger than the original SE I replaced my 6 with. And I’d go so far as to say it feels closer in size to the 6 than then original SE. But it’s beautifully designed, doesn’t feel heavy (despite its heft: 133g vs. the 2016 SE’s 113g—note the 2020 SE is a whopping 148g), and has a stunningly beautiful screen with great cameras. And as to the battery, even after a busy day using it a lot (LTE over wifi almost exclusively though) I never got to below 51% by night time when I plugged it in going to bed. I’d still like it to be a tad smaller, but at least it’s now small enough that I will buy a new iPhone again.

My very elderly mother (think “little old lady”) who loves her ‘iToys’ has held onto her original SE, coz she refuses to have a big phone. So of course as soon as the 12 Mini was announced, I opted to pre-order on November 6. Then I set it up a few days ago complete with a “wallet phone case” exactly like the one she had before, and man (woman?) is she a happy camper! I might also add that it was a cinch to pair her Apple Watch 5 to it. Instead of unpairing it from the SE then pairing it to the 12 Mini, all that was taken care of during the setup when I simply ‘restored’ the new phone from her iCloud backup.

In fact, she was napping when I was setting up her 12 Mini, and suddenly she walked into the living room asking what was the matter with her… Apple Watch — which was just completing the setup ‘circle’! So I reassured her that it was perfectly normal, as her AW was only being ‘transferred’ to her brand-new iToy. And not even 2 minutes later, everything was done and she’s been happy as a clam at high tide

What’s more, I was so impressed with her 12 Mini that I also ordered one for myself, trading in my XS (the smallest possible since the original SE, I think) for $300 credit. AND… since I’m with Tmo, I’ll also get a $150 gift card from them. Talk about a… bargain!

I just picked up my own 12 Mini three hours ago from my local Apple Store, and can hardly wait to set it up. Really looking forward to having it in a small pocket the next time I run errands on my trike (with a big basket in the back)!

I got my battery replaced today on my original SE (third time!!!) and took advantage of being in an Apple Store with my phone out of the case. The Mini is WAY more than I want to spend but I was thrilled to see it’s just a hair bigger than the SE. I have some time to decide though.

After the fact, I realized the new SE was not near the 12s at all, I have no idea where they were keeping that.

Yes the new 12 Mini is only a tad bigger than the original SE, but the display “real estate” is much bigger hence a real plus for my very elderly mother — as well as her daughter

AND…I just saw that Apple is having Black Friday deals on iPhones etc., so maybe you could look into that?

Plus, depending on your carrier, you may also get a financial incentive (as I did from Tmo, a $150 MasterCard gift card).

In short, please do mull it over. Oh oh oh, my mom also says her brand-new iToy is much, much faster than the (original) SE, whose battery (already replaced once) was draining fast, too.

Oh oh oh, my mom also says her brand-new iToy is much, much faster than the (original) SE, whose battery (already replaced once) was draining fast, too.

That has also been my experience. The 12 mini is notably faster so that for example complex websites render much more quickly. And while I could easily drain my SE after an average day’s worth of use, the 12 mini has so far for me gone no lower than 50% by the time I went to bed.

Yes, I got that 4 day special sale email 30 minutes after I got home from spending $50 on a new battery

I doubt they’ll take it back.

Funny because the last time I replace the battery I got a hard sell on a new phone. This time the guy mentioned it was “old” but that was it.

iPhone 12 mini? Small screen? I’m upgrading from a 5s. I expect I’ll be amazed (disappointed that it’s too big?) at the bigger size.

It’s not just the increased size of the screen, it’s also the really great popping colors and the fact that it’s so much easier to read when in bright sunlight.

Just the other day I was driving eastward around sunset and had the sun shining right into the back of my car straight onto my iPhone. I had trouble reading the instruments on my dash it was that bright. I remember the old SE was hard to read in situations like that. The 12 mini’s turn by turn OTOH was still perfectly legible.

And moving up from 16GB to 128GB will make a huge difference.

That’s a great review roundup. I share your concern about the large size of the Pro Max, though I would always like the best camera.

I’m sticking with my iPhone X (under month-to-month warranty) for now, but remain curious about the iPhone 12 Pro.

It’s hard finding shirts with pockets that even comfortably hold my iPhone X. And I prefer keeping my iPhone on me, in my shirt pocket when out. Even though I lost 125 lb and am now at a normal BMI for the first time in my life, I can’t imagine sitting on my iPhone!

The 12 Mini is only a tad bigger than the 5S, which is the same size as the original SE. But the display “real estate” on the 12 Mini is much bigger (edge to edge with no home button), hence a win-win for those who want a small phone (like my very elderly mother and myself) but great display. Not to mention much, much faster than the 5S and original SE. I hope you’ll enjoy it as much as we do!

I am enjoying it quite a bit. My first test of battery life was 5 days from 100% to 10% or so. Strictly a test of the phone at mostly idle. The second one is of music, and it’s about 2 days or so. Might make 3 as I’m not playing any music today.

It’s taking some time to get used to not having a home button, but I’m getting there.

Yes it takes a bit of time to get used to no more home button, as was the case with my mom. I also set up 2 back taps to get back to the Home Screen, so she’s an even happier camper. She even participates in our family group iMessages now

For those interested in the camera on the iPhone 12 Pro Max, Sebastiaan de With of Halide fame has written a detailed review.

Just to close the loop on our reader survey, it seems that TidBITS readers—at least those who respond to our surveys—are most intrigued by the very small and the very large: the iPhone 12 mini and the iPhone 12 Pro Max.

The question, of course, is how representative we all are of the larger iPhone market. I worry that we’re not and that the iPhone 12 mini’s popularity among this group may not extend more broadly. Apple may never say, but we’ll see what happens next year—will there be an iPhone 13 mini?

How did I miss this survey?

It was at the end of the article we’re commenting on, so if you didn’t read all the way down, that could explain it.

I’ve been very happy with my 12 mini so far. I’m absolutely willing to believe it’s not the most popular iPhone, but I have no doubt there is still a sizable market out there for people who prefer to have a smaller than cutting board size phone. And fortunately for Apple it appears they have this market cornered. Androids, even cheaper ones, are often really big. And smaller Androids are usually junk.

Speaking of that survey, @ace, any chance you could add a see responses button? Right now it appears the only way to see results is to make a selection and from what I can tell it doesn’t recognize repeat entries as such.

but we’ll see what happens next year—will there be an iPhone 13 mini?

The rumors so far certainly seem to agree we can expect the same four product categories for the 2021 series. 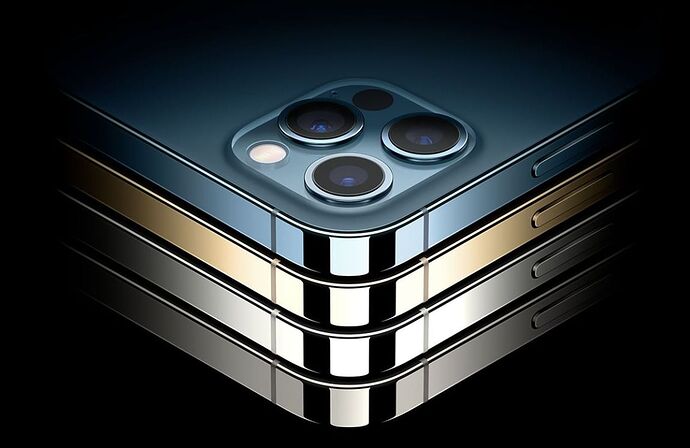 TF International Securities analyst Ming-Chi Kuo has released a new research note, seen by MacRumors, that details his expectations for next...

Chinese display maker BOE has reportedly failed yet again to secure a supply order from Apple for OLED panels for iPhones. According to... 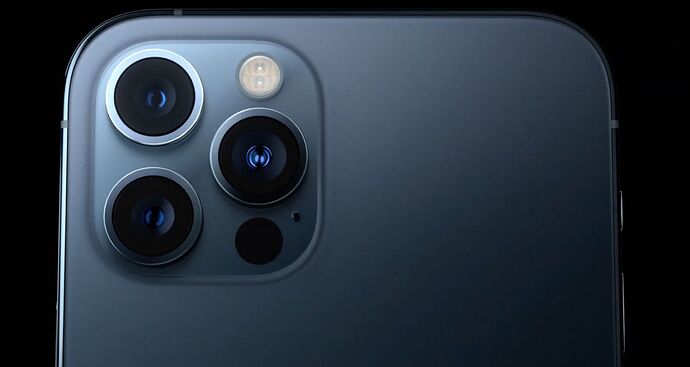 Three Major Camera Improvements May be Coming to iPhone 13 [Updated]

The iPhone 12 premiered with an improved camera system, but 2021's iPhone 13 is predicted to take mobile photography to the next level with three...

This is related to all iPhone 12s (and I guess to some extent even the M1 Macs). Qualcomm shared some benchmarks (their benchmarks, not independent testing) of its upcoming Snapdragon 888 that is expected to power future high-end Androids. As this AnandTach article shows, that future Android CPU is a big improvement for them, but it can barely keep up with the A13 powering last year’s iPhone 11. And this year’s A14 in the iPhone 12 wiped the floor with it.

The new Snapdragon 888 is showcasing tremendous performance leaps compared to its predecessor, with gains of up to 4x in some of the tests.

While the Snapdragon 888 doesn’t look like it’ll match the peak performance scores of the A13 or A14 SoCs used in Apple’s iPhones, sustained performance will depend quite a bit on the power consumption of the chip. If this lands in at between 4 and 4.5W, then the majority of flagship Android phones in 2021 will likely be able to sustain this peak performance figure and allow Qualcomm to regain the mobile performance crown from Apple. Otherwise if the chip has to significantly throttle, then 888 will probably fall short of retaking the crown. But even if that’s the case, for Android users it shouldn’t matter too much: the generational leap over 2020 phones would still be immense, and by far one of the largest GPU performance leaps Qualcomm has been able to achieve to date. 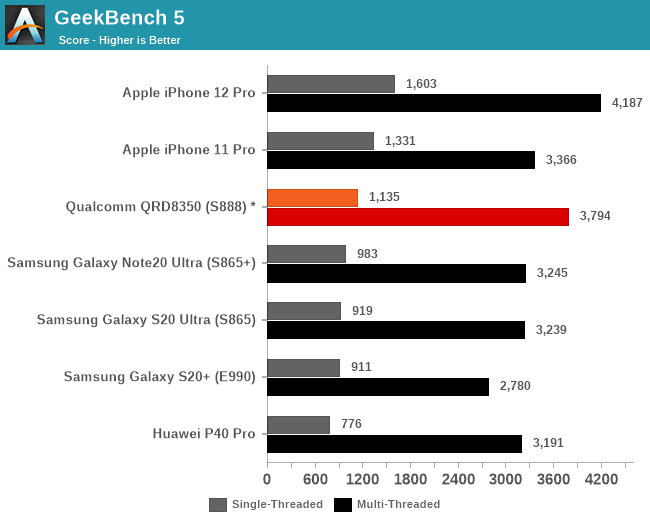 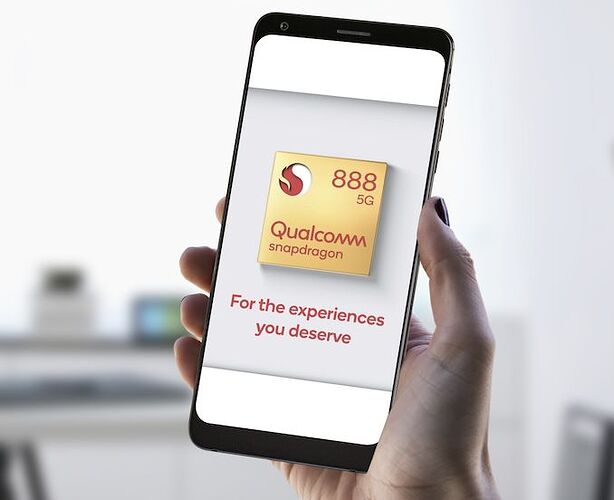