I have several an iCloud account plus several Google accounts active on both my Mac and iOS devices. I have around 1,000 individual contacts and there’s a lot of duplication between the internet accounts. The process for identifying duplicates and linking them is both cumbersome and imperfect.

Does anyone know of a simple way to identify contacts that appear in more than one Contact account and facilitate the process of linking them? I see a couple of iOS apps for doing this, but I’m hesitant to experiment in case I create a mess.

I don’t think you’re going to have a lot of luck here.

A few years ago I tried to sync 2 Gmail accounts and 1 iCloud account.

It did not work well.

There was one “cloud service” which claimed to be able to do this (I can’t remember the name now, of course… hoping it will come back to me), but… it was expensive… you had to provide them with access to all of the accounts so they could log in and check for changes… and it still didn’t work well.

(Update: The company was was Plaxo and they went out of business in 2017.)

There are basic problems like Google and iCloud don’t store names the same way. IIRC, Google just has a “Name” field and iCloud has separate fields for “First Name” and “Last Name” (and “Middle Name” is an option too).

I ended up with duplicate contacts, and contacts that had their names mangled if it was anything more than SingleWordFirstName and SingleWordLastName. Phone number formatting was also an issue. I don’t remember the specifics exactly, but I think one of them kept adding a +1 to all of my US phone numbers before the area code, and there was something about area codes in (parenthesis) rather than using dashes, i.e. one liked 555-321-4567 and the other liked (555) 321-4567 or something like that.

Eventually, I just gave up.

For a while, I was using Contacts Sync for Google Gmail to try to keep 1 iCloud and 1 Gmail account in sync, but even that had issues, as I remember.

That being said, that app is the only one I found that worked reliably at all. It can sync 1 Gmail and 1 iCloud, or 2 Google Accounts. I see that it was updated only a month ago, and it has been around for a long time. So if you really want to go down this route, I would suggest using this as your first step: identify your two most important accounts and try using this app to keep them in sync. 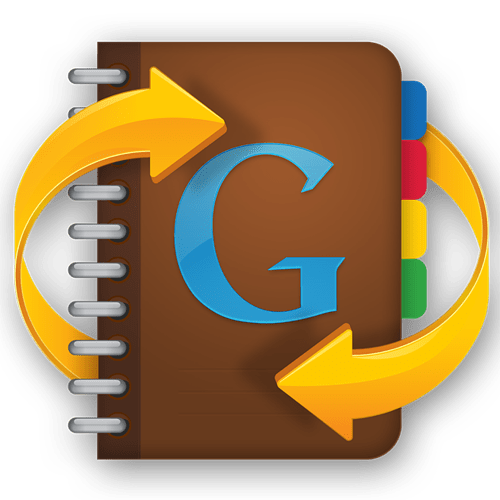 ‎••• SYNC GOOGLE & MAC, or 2 GOOGLE ACCOUNTS! ••• SYNCS AUTOMATICALLY! ••• #1 IN DOWNLOADS & REVIEWS FOR 9+ YEARS! With Contacts Sync, you can quickly & easily sync your Google & Mac contacts, giving you access to your contacts...

Oh, and before you ask yourself, “Well, what if I had a bunch of Macs running, and on this one I set up the app to sync A and B, then on the next sync B and C, then on the next C and D…” I tried that too. One Mac syncing iCloud to Gmail, another Mac syncing Gmail to Google Apps (now Google Suite).

Ideally, it would be great if I could sync my personal Gmail, my work Google Suite, my iCloud, and my Fastmail contacts, but all of my attempts have led me to decide it’s just not possible.

I would love to be wrong! Maybe there’s an app or service that I had not heard of. It has been a few years since I tried this, but I usually try to keep an eye out for new apps or services that do this. There was even a new one within the past year or two, but it couldn’t even do what the app above can do.