Even though its next-generation operating systems are around the corner, Apple has issued minor updates for its current releases to fix bugs, plug security holes, and add a few tiny features to the TV app. 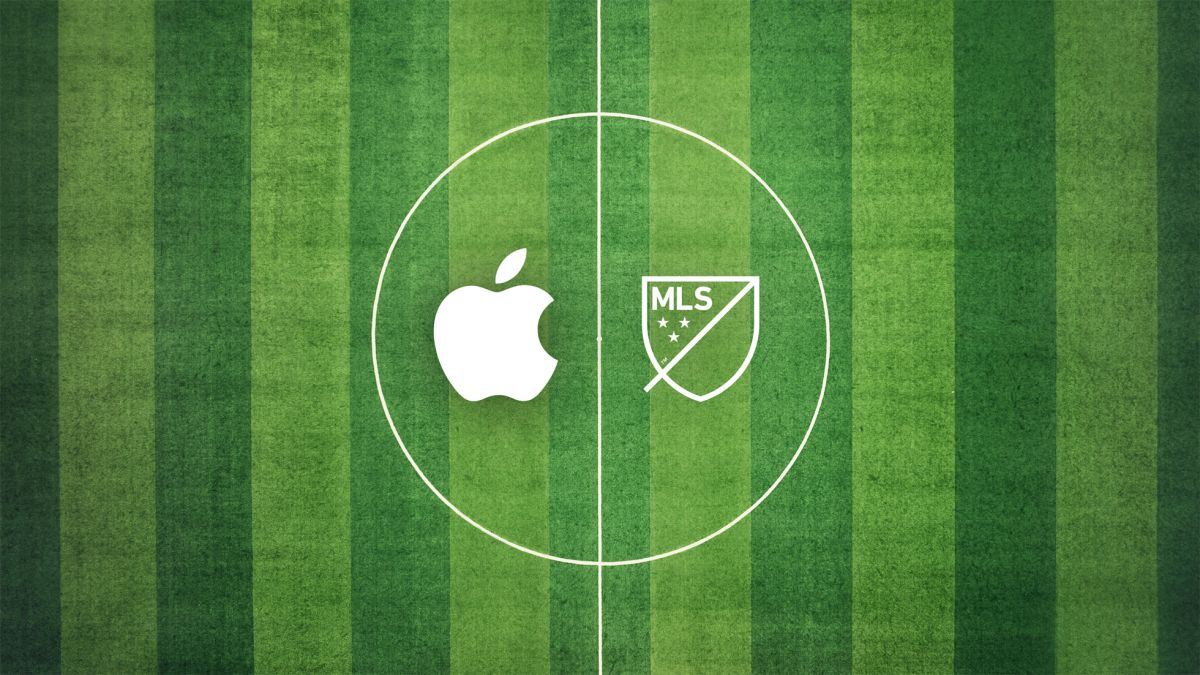 Apple gets a win in live sports

And Apple is battling it out with Amazon to take over the NFL’s Sunday Night Football: 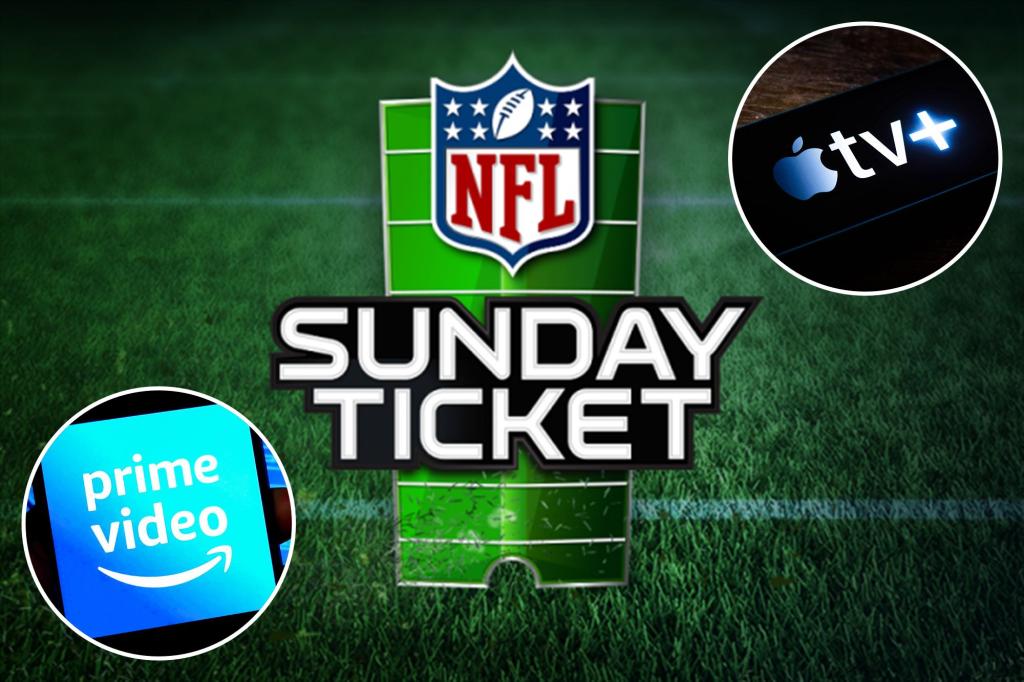 The NFL’s impending deal for Sunday Ticket could alter the viewing habits for fans across all sports.

I’ve read that the National Baseball League’s contract with ESPN will expire in a year or so, and Apple is a contender. They certainly have enough money in the bank.

Not sure about you, but I’ve been waiting over 30mins for the Homepod to update…the Home app just shows Update Installing (looping) and Homepod version 15.6 (looping)… and Monterey for my MBPro is 2.2GB… “about 30mins remaining”…
-Homepod update completed (ver15.6) in just under 30mins.
-Meanwhile, the MacbookPro status after 18mins… System Prefs window shows Monterey “about 10 mins remaining” (Preparing macOS Monterey 12.5)…
-While not accurate at 30 mins prediction, its pretty close. Still, a half hour to prep…now rebooting…Apple logo with line moving…really…slow. Reboots. Logo and line again…Reboots…Logo…line sitting there about 3/8"…really slow now…almost halfway…come on…1/4" to go…Reboot…logo…line moving faster…and…1/2way…mouse shows up…3/4 the way…reboots…I am beginning to worry that something keeps looping to reboot or this is the worst update progress I’ve seen from Apple MacOS…now a About 10 Minutes remaining… under the line appeared! And now “About 6 minute remaining…”.
I am staring at this screen, seeing my post was 27m ago, while the MacbookPro (Aura upgraded SSD) with barely negligible line movement “About 5 minutes remaining…” Thinking that it would nice to have the Verbose mode or similar option showing everything its patching and replacing (like when I update my RasperianPi)…look “About 3 minutes remaining…” with the end of the line just above the letter “g”…About 2 minutes remaining… Oh Apple…you are so wrong. Its over 32 mins now since I started this post… listening to the AC run in the background…so hot tonight…“Less than a minute remaining…”
Mouse pointer again…and login!
There ya have it kids! Apple using the wordage “About” absolves it from litigation of inaccurate calculations of time.

I came here hoping to see some feedback about macOS 12.5. Anyone? Safe to install? Turned your Mac into a set of bagpipes? Inquiring minds…

I’m assuming it may heavily depend on each person’s hardware, customized software, possibly peripherals, etc., but I offer one datapoint. On a Mac Studio (M1 Max, 64 GB RAM, 2 TB SSD) macOS 12.5 took a longer time to update than my old Intel Mac Pro (Late 2013). This was probably due to the additional included firmware updates, and the several restarts during the process seemed to confirm this hypothesis. Overall, it took about 20 minutes to complete.

But what you want to know is this: in my case, everything was perfectly fine after the install. No surprises, no bugs, no noticeable changes except for version numbers in any of the updated Apple apps.

So my experience was the best that could be expected. But your query itself implies the obvious caveat, YMMV.

OS 12.5 seems to have finally resolved a very infuriating problem where a MBP 14" M1 2021 would not respond to tap-clicks with a modifier key pressed.

For those interested, there’s some discussion about the issue on MacRumours here and here

I installed iOS 15.6 on my iPad (7th gen with 128GB) yesterday (30Jul2022). Everything appeared to be a normal installation. I’ve been running a we apps to see if all was okay. The sound output from most of the games has dropped to just barely audible. The sound from the Music app is normal. Anyone else run into this problem?

I found that somehow “Silent mode” was set. Once I clicked on it all sounds came back.

I came here hoping to see some feedback about macOS 12.5.

So to close the loop, the 12.5 update was flawless for me. Several days into it, nothing unusual. Thanks for the feedback.

The battery goes down to 1% overnight and the Low Battery warning pops up. Except the battery is NOT at 1%. A simple restart will show the true value (which today was 70%). A couple of forced restarts has not cleared up the problem. Battery health is 88%.

The battery goes down to 1% overnight and the Low Battery warning pops up. Except the battery is NOT at 1%. A simple restart will show the true value (which today was 70%). A couple of forced restarts has not cleared up the problem. Battery health is 88%.

Even with that battery health, that sounds like a sign that the battery is becoming unreliable. I’d think about a Genius Bar appt (or call Apple Care - I think they can diagnose remotely) to see if the battery truly is healthy.

(Plus of course why not charge overnight while sleeping?)

The battery goes down to 1% overnight and the Low Battery warning pops up. Except the battery is NOT at 1%. A simple restart will show the true value (which today was 70%). A couple of forced restarts has not cleared up the problem.

This was happening to me too with an iPhone 7. I didn’t try restarting but I did fiddle around with some settings such as Bluetooth devices (I had headphones connected), none of which seemed to help, then suddenly after a few days the problem went away. For what it’s worth, Battery Health is 84%.

Only thing I’ve seen is that if you have a Mac that isn’t eligible to run Monterey so are using OpenCore-Legacy-Patcher with a Nvidia Kepler GPU, you will need to stick with macOS 12.4 for now

For folks who don’t know this, but have been waiting for a fix to OpenCore-Legacy-Patcher to solve the Kepler GPU problem vs. macOS 12.5.x, be advised that version 0.4.10 of OCLP has been released and seems to work just fine on my “unsupported” Mac: 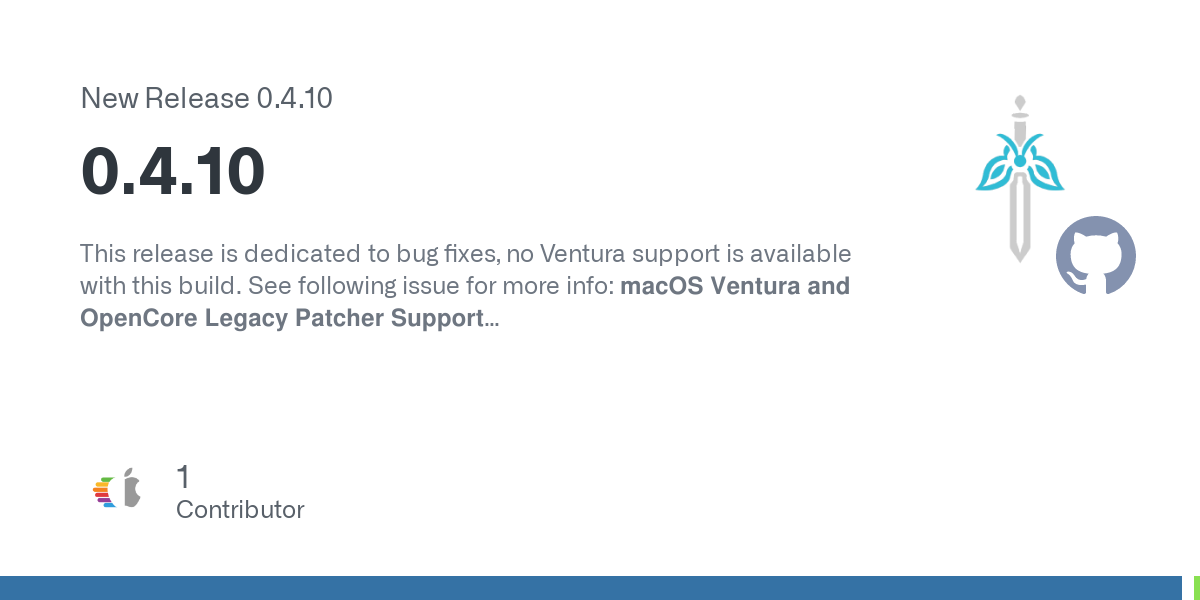 This release is dedicated to bug fixes, no Ventura support is available with this build. See following issue for more info: macOS Ventura and OpenCore Legacy Patcher Support After much research, d...