I’ve been using iBooks for years for reading, and have recently started to store historical books in it. All that works great.

Even more recently I’ve been relearning to play music, and have downloaded a number of vintage lesson books. Probably too many for my current level of playing, but I’ll grow into them.

i.e. I’d like to be able to somehow mark the couple of books I’m using right now and/or just get a list of the 5 pages I’m working on (which may be in different books). It seems I have to actually go into the book that has bookmarked pages and only then can I get a list of those pages.

I am on iOS 9 on an iPad or Sierra on the laptop. The laptop opens my books in Preview and I’m not even sure I can see bookmarks there. I use the iPad more since the screen shows the sheet music better.

If what I think should work doesn’t, I’m going to have to rate my bookmarked books as 5’s and maybe slightly modify each name so they sort in a better order.

I may consider a different app though that’s not my first choice!

I gave up on iBooks when apple started shoving their store down my throat to the extent that it became difficult to actually find and read my books. I now use Mapleread CE and SE for epubs, and GoodReader for pdfs. Mapleread SE can also handle pdfs, but not as well as Goodreader. Neither will work with DRM files, though. Both have decent bookmarking, highlights and notes that can be exported separately, but as far as I can tell, neither will let you search them across multiple books. But both have better library management than iBooks. Mapleread has book sets, tags and lets you edit and search on the metadata for a file. Goodreader lets you add and search for colored labels (stars), mark books as read/unread, show recently accessed (user definable) plus it has a full file system. Goodreader will also open pdfs in tabs which makes it easy to switch between open books without losing your place in them.

Are the historical books unencrypted pdfs? For those, if there are a few pages I want to refer to often I extract them into a separate file, usually on the mac with Preview; GoodReader can do it too but it can have trouble with really big scanned pdfs.

What instrument/s do you play? As retirement looms on the horizon, I want to get back into playing too, but I mostly play around with early winds and my cats do not like them–they come in and glare at me until I feel guilty and stop. They don’t like recorded music through the speakers, either. Jackhammers on the street don’t faze them though, so maybe I should get some kettle drums.

I’ve been hoping for a 15" ipad for a long while now; it could show full sized sheet music which would make my eyes very happy compared to squished sizes.

Thanks for the recommendations! I’ve enjoyed iBooks because it handles so many different formats but I really ran into a stumbling block with this bookmark issue. While I have bookmarked and highlighted passages in the past, I’ve never had such a need to go back to them on a regular basis.

Not being able to flag the books is bad enough but the other night I went through the books I’d downloaded and specifically marked a handful of pages, not realizing I couldn’t see them again until I opened the exact correct book!

I had long ago made a folder called “Finished” where I shelve my read books, and I suppose I could make a folder for current sheet music book. Another sticking point is that on the laptop, these are all pdf’s so they open in Preview so I can’t even bookmark on the computer much less see any I’ve made. I don’t have the iPad next to me, but I don’t think it’s as easy to rename on that so it’s almost like I need both devices (I work better on the laptop anyway, but reading sheet music vertically is a necessity and I can’t remember if the ViewSonic I moved downstairs rotates)

The historical books are a mix of PDF and probably epub, that iBooks handles internally. They are all in the public domain and the ones I just opened seem to be unencrypted. Good idea about removing just those pages using Preview! That I can do on the laptop, once I figure them out again.

Playing: right now flute. I have a flute and piccolo and am trying to keep to the flute until I get better

My tone isn’t bad but I am still re-learning fingerings. I listen to a lot of Jethro Tull so I think the cats are accustomed to flute noise in the house, although I admit to hiding in the basement so the neighbors can’t hear lol! I finished last night and turned around to see one of the cats had curled up on a box to watch.

I also used to play oboe and English horn, but I’d just rented them from school. Hoping to stumble into a good deal on one of those some day as they were my favorite instruments! The sad thing was, getting the flute overhauled last year cost more than the original purchase price, but I’m sure glad I held onto them as new is quite expensive. I have a fife in the attic somewhere, but I believe it’s just a plastic one. When I played in the local corp, we were upgraded to metal but had to turn them in when we left. We must’ve bought the plastic ones we originally started with.

Which early winds do you have? I have enjoyed re-learing though I was quite surprised to discover I had forgotten both how to read music and the fingerings, and I pretty much had to step through learning all over again. 6th grade lesson books are a drag as an adult!

Thanks again for the help!
Diane

Give “Klib” a try – it gathers highlights from Kindle and Apple Books (and elsewhere). I don’t know about bookmarks, which I don’t use, but perhaps this approach will work for you. 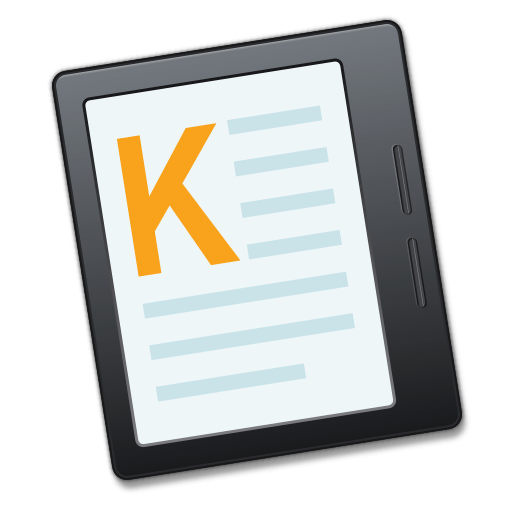 Klib is a new way to manage highlights and notes for Kindle & Apple Books. As a great clippings manger, Klib could help you gain more from reading. Every time you starts Klib, Klib will automati

I like using multiple apps for multiple books. It’s faster to switch between apps than it is to switch books within an app (with the exception (usually) of GRs pdf tabs). It’s also useful to have multiple devices, so with several iPads I can have one on the text, one on the footnotes, one on a map. I’d love to have one of those Thomas Jefferson lazy susan book holders with 6 iPads mounted up on it.

I too was distressed to find out that music is use it or lose it. I can still noodle around, but I pretty much have to start from scratch again to relearn breath control, tuning, fingerings, reading. At least it should go faster the second time around. I need to spend more quality time with the Tunable app which does a wonderful job of showing me just how wavery I’ve become.

I also want to spend more time with Musica Touch from Ars Nova. It’s an ear training/theory app. It hasn’t been updated for years, but still works fine as of ios 14.4. Free for a taste, $20 for everything including counterpoint writing or you can buy subsets. It’s on the mac app store and from their site too, which also has a free introductory theory book that’s pretty good. The ios app is the best price though.

Nice to hear about more blowies! I too love the oboe, and rented one one summer when I was a grad student, but I couldn’t afford both the rental cost and lessons, so I mostly fumbled around. But it was fun. In order of least incompetent to most, I play renaissance & baroque recorders (mostly G & F alto and soprano), baroque flute (a resin Aulos), cornettino (resin), and I’m playing around with a plastic soprano gemshorn to see if I like it enough to invest in a real one (probably yes). I got to borrow a sackbutt once and I loved it, but they’re quite expensive and there were no teachers around. I want a rackett, but they’re hard to find and expensive for what would basically be a really spiffy toy. It might be possible to make crude one though. I’m planning to get a rebec to learn something about bowed strings. Even the smaller viola da gambas are too expensive, sadly, especially since I’d need lessons. So many instruments, so much music, so little time!

For the bemused (no apple content below this point):

Renaissance recorders have a wider bore than baroques (the kind often used in schools). They’re stronger at the low end, have less range, but have a tone that blends very well in an all-recorder consort, which sounds somewhat like a small pipe organ:

Baroque recorders are better in a mixed instrument consort or as solo instruments, and the increased range is required for baroque through modern music:

A cornettino is a small cornetto (aka cornett outside of the US), which is a curved woodwind with finger holes played with an acorn-sized trumpet-like mouthpiece. Its bigger siblings are the far less common lysard (lizard) and serpent. Cornetto is one of the most flexible and beautiful of instruments when played well. On a scale of 0 to 10 where 0 is sick cow noises and 10 is Bruce Dickey, I’m about 0.3–on a good day.

A sackbutt is a renaissance trombone, lighter weight and less loud than modern ones. They were frequently played in ensemble with cornettos:

A gemshorn is a cow horn with finger holes and a recorder-like blade to make the sound, but since it’s a closed cavity, it plays about an octave lower than a similar length recorder, and has a nice hollow sound:

A rackett is a double reed woodwind the shape of a small cylinder, which puts out an impressively deep sound because the tube inside goes back and forth many times:

A rebec is a small medieval bowed string with three or four strings and a gourd shaped body, no frets, no sound post. There’s a lot of variation in size, shape and construction since it’s basically a folk instrument. The tone is usually fairly harsh so it can be heard for dances in a noisy room:

Viola da gambas are fretted bowed strings played in the lap or between the knees like a cello depending on size. Often/usually played in consorts. The orchestral great bass is derived from the viola da gambas, but not violin//viola/cello, which are related to the medieval vielle: