I Hope You Have Broadband, Charlie Brown!

Originally published at: I Hope You Have Broadband, Charlie Brown! - TidBITS

Apple is now the exclusive home of the Peanuts holiday specials, and will stream them for free for a limited time, no account required.

Right now, this seems to be US/Canada only (definitely not in The Netherlands, Belgium, Germany and India, from what I’m seeing here - NL - and on Reddit).

Apple should be clearer on this - really annoying!

Well from the article it seems the (very short) windows open from October 30th, and that’s for any viewer. It’s not actually an Apple announcement either, just a report in Vulture, which seems pretty speculative.

I’m so done with the fact that TV content is typically geo-restricted, I spend way too much of my time working around it.

Happy I own the dvd’s.

It’s getting a lot of coverage in the trade press, and the trade press is mostly international. It has been getting mentioned here in the US, I have seen news coverage of this online and on TV. I checked Apple’s press release, and there is nothing in it about the Peanuts gang only being available in the US. It’s probably just not getting much pick up in the UK.

Peanuts does have a particular depth of resonance in the US.

Normally I’d be the first one to agree that I would rather own any content on DVD over digital download. But recently I’ve noticed that some of my DVD collections have become infected with laser rot, making the infected discs totally unplayable and the collection worthless. This now has me valuing downloadable digital collections way more than I used to.

Laser rot can happen on any type of video or audio disc read by a laser. LaserDisc, DVD, CD, Cd-R, Blu-Ray, you name it. At this point, I simply won’t buy any more discs.

But recently I’ve noticed that some of my DVD collections have become infected with laser rot, making the infected discs totally unplayable and the collection worthless.

I’ve only seen this on one or two discs, which had manufacturing defects (and were replaced by the publisher after I wrote to tell them about it). This is for a collection of nearly 1000 CDs and several hundred DVD/BD titles.

If your entire collection is failing, that sounds like you may have been storing them in a way that’s damaged them. If the polycarbonate enclosure gets cracked or otherwise damaged, it can allow air and moisture in to the metal layer, which can lead to corrosion which will eventually make the disc unplayable.

FWIW, I keep all of my discs in their original jewel cases, standing vertically on book shelves and media spinners in a room with relatively low humidity.

Just to be clear, I never said my entire collection was failing. And there is nothing wrong with the way I store my audio and video discs, which I have been collecting since 1985. I know how to properly store discs.

That being said, if laser rot happens on one disc, that’s one disc too many. I have one LaserDisc that was bought new in the early 1990s which failed in this way; the title could not be replaced because it was already out of print when I purchased it. I have at least two DVDs, also bought brand new earlier this year, which have laser rot right out of the shrink-wrapped packaging. One of these is a collection of four discs in a package. And the titles are early 2000 ones that are also out of print, which I purchased as new-old-stock.

Just because you haven’t yet experienced this doesn’t mean it won’t happen to you. It’s something that the passage of time causes in the breakdown of materials/chemicals that make up the disc surface and coating area. With as large a collection as you have, perhaps you should check the discs you may not have played in a while to see if they are ok.

Lastly, if you think this is a rare occurrence, do an internet search on the topic. Also notice there is a Wikipedia page on the topic of laser rot. 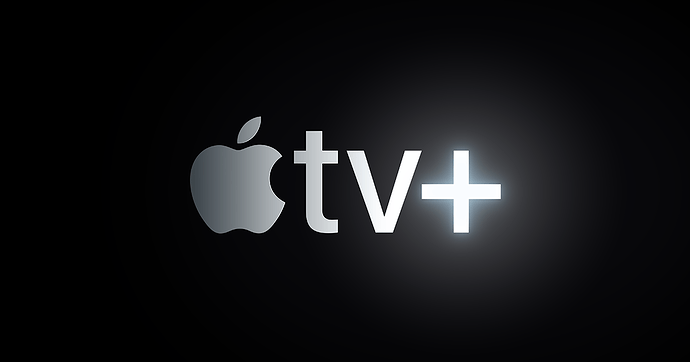 Apple and PBS team up for special broadcast airings of holiday “Peanuts”...

“Peanuts” fans will have even more ways to watch Charlie Brown, Snoopy and the gang on their holiday adventures as Apple and PBS team up.

I replaced 2 DVDs with BluRay discs of the same title because I discovered that the DVDs stopped working. All stored in original jewel cases vertically.