How does Apple manage album covers?

for a standalone library, it appears when apple updates the album cover artwork, it stores the image in some sort of database then just provides a link into the music file. whereas when you manually add the album cover, the image is directly copied into the individual music files.

can anybody confirm that the above assumptions are correct?

then the next question is how do you get the artwork out of that external database and directly into the file? or at least get a list of albums that are in that database?

reason for this question is the link between album and artwork is busted in ios (as reported elsewhere) and i’m looking for a way to un-bust it. perhaps doug’s scripts has a solution?

You are right that manually-added album covers appear to be stored in the ID3 tags, saved with the rest of the track’s metadata. And artwork from Apple is in a database, apparently shared between all of the album’s tracks.

You can, from the Music app, copy/paste artwork to an external app (like your favorite paint program). Save it and drag/drop that file back to the track’s info in order to replace Apple’s artwork with your own.

But this may not solve your problem. I’ve found that the iOS Music app seems to have many problems in its database. Nearly all of the tracks in my music collection have artwork that I added manually, but some of it doesn’t appear when played on my iPod Touch. But, interestingly enough, the artwork does appear when I play the track over a USB connection to my car.

I see similar things sometimes with track listings. Sometimes, when browsing the library, iOS will show the “grouping” field from the metadata (which I use for tags like “80’s, synth, guitar, volcal”) instead of the track name and “Unknown” instead of the artist name. But if I actually play the track, the currently-playing screen shows the correct title and artist (the correct info also appear on my car’s stereo when played there.)

In other words, if everything looks good in Music on your Mac, but is messed up on your iOS device, it might just be an iOS bug and nothing you can fix on your own.

sure seems that you’re correct that it’s just an ios bug that any workaround will just fail. but the problem is i can’t tell if the album covers that get incorrectly mapped are from apple’s database or not.

You can, from the Music app, copy/paste artwork to an external app (like your favorite paint program).

No need to even paste it into an external app first. A simple copy (or cut) from and immediate paste into the artwork section of the song’s info window will embed the artwork in the file. You can then ctrl/right-click on the file and there’s a command along the lines of Removed cached artwork (I’m not at my Mac and can’t remember the exact menu item). This removes the artwork from the cover database and so you know that if the artwork is still showing, that’s because it is embedded in the file. Both the embedding and cache removal can be performed on multiple files or an album at once.

Doug’s AppleScripts has loads of useful scripts for managing artwork, including one to embed artwork and one to determine if artwork is embedded.

excellent. the feedback i was looking for. thanks!

As others have stated, when you’re in iTunes/Music app, once you have the album cover you want from whatever source, you select the file or files if it’s part of on album, select Get Info from the File menu or Command-I, select the Artwork tab, and paste in the artwork.

When you’re on the desktop and looking at your music library, you’ll know if the artwork is embedded as it will show up as a thumbnail of that art as opposed to the generic two note icon which indicates no embedding. If you use another app on a phone as I do like the Onkyo HF Player or use iTunes on Windows, then that artwork will also appear if the files have been properly embedded.

I have a lot of albums that don’t have art–older or more obscure stuff. I feel like it would be cool if there were an iPhone app that would let you directly take a picture of a CD or LP cover and would crop/straighten it appropriately and store it as the art for an album. Does such a thing exist?

I don’t know of any but if I need to get a cover the way you said, I just take a pic with the camera making sure it is straight with good lighting, sending it over to the Mac and usually I just use the Preview app to crop as needed. For straightening crooked pics, you could use Photoshop or Gimp.

Discogs can be a useful source for album covers.

For taking a photo and straightening etc, I find GeniusScan to be excellent. 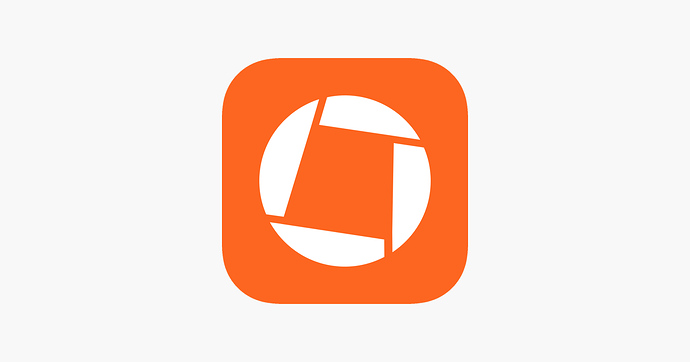 ‎Genius Scan is a document scanner app in your pocket. Quickly scan your paper documents on the go and export them as multi-page PDF files. *** Apple App of the Week *** 20+ million users *** 1000s of small businesses *** Place any document in...

Yes Discogs can be very useful if the user on there managed to upload a LARGE version of the image you want!

Use this URL to get the biggest version originally uploaded (rather than the smaller 600px width they normally display).

^ replace the # with the image found on the site you want.

EDIT: Oh, looks like they killed that tool. Oh well…

Use this URL to get the biggest version originally uploaded…

If you like. I personally prefer smaller images, since I don’t want to unnecessarily bloat the size of my music files.

When I scan album covers (for the tracks I rip from my CDs), I resize the results down so the images are 200 pixels on the short edge. It looks a bit coarse when viewed at large size on a computer screen, but is quite acceptable on my iPod Touch’s screen, my car’s stereo or as the thumbnails in the Music app.

I use 1500x1500px ones: for use on Apple TV they look good, and going forward storage isn’t an issue for such things.

If I have a full CD artwork, I still add into iTunes ALL of it (two-page booklets thus at 3000px wide). Shame there’s no easy way to view more than bloody cover images in iTunes/Music now, regardless of macOS/iOS/tvOS or whatever! Why Apple removed image viewer is beyond me. Another nail in its coffin, if you don’t want the Apple Music streaming stuff.