Hell Freezes Over: Apple Ships an iPad Pro with an Optional Trackpad

No, it’s not April Fools Day. Apple has stunned the world by not only introducing a new iPad Pro in the midst of a global pandemic but also announcing that it will have an optional trackpad. But hang on to your wallet because the prices will be eye-watering.

So, new MacBook Air/Pro or iPad Pro, that is the question. Which is now even harder to answer I think.

Are you sure? Couldn’t it be as simple as, do I prefer working with iOS apps or with macOS apps? Price and performance-wise they’re quite similar now. It seems it really just comes down to your preferred workflow.

To me, that’s no question as 3/4 of the work I do happens in apps that don’t even exist (and have no counterpart) in the iOS world. While I definitely like my iPhone, when it comes to real work, I’d be screwed without my Mac (or at the very least some kind of Linux box).

I’m with @Simon on this one. It all comes down to apps. We have impressive hardware for both the MacBook Air/Pro and iPad Pro lines, but the question is if you can get your work done.

I do the vast majority of my work on a 27-inch Retina iMac with a 27-inch Thunderbolt Display. Given the proven productivity gains of increased screen real estate, I can’t see using an iPad for the bulk of my work until it can run a big monitor and have a full separated keyboard and trackpad for decent ergonomics. (The ergonomics of typing on a laptop are bad enough; an iPad is even worse.)

Props to Joy of Tech for today’s comic!

As nice as the new iPad Pro is, you can’t beat the value of that MacBook Air. Upgrade it to 16 GB of RAM and you’ll have a sweet machine for less than a decked-out iPad Pro. macOS is still more capable than iPadOS for most things. And I just don’t ever see myself being able to drop $300 on a keyboard.

Personally, I’m in the same camp as you, Josh. If I spec out a 13" iPad Pro with the new trackpad KB so that I could attempt to use it for my work, I’d be spending close to as much as I’d spend on a new 13" MBP and yet I still wouldn’t be able to get my work done on iOS.

That said, I guess if somebody has a workflow that’s just fine in the iOS world and they value the simplicity of iOS over the configurability of macOS, or the fact that they can combine their work machine with their leisure iPad so they have only one device to worry about, then to those I guess there’s actual added value here. Heck, for some pros I’d imagine the iPad could even be the better tool. Perhaps somebody who illustrates with Apple Pencil and prefers that to a Wacom tablet on a Mac?

Regardless of which camp you’re in, I find it amazing that Apple now has an iPad that offers this kind of juice and versatility. It’s not my device, but I still find it rather impressive. (and I’m not saying that because I want an A-series Mac)

It probably is a personal preference and different needs for desktop and mobile use.
I use a Mac mainly for photography (Lightroom and occasionally Photoshop) for which I have a mini and a calibrated Eizo screen in my workroom with (mostly) controlled lighting. For my photo editing needs I require a Mac desktop with a calibrated screen. I do own a MacBook pro 2011, but I hardly use it anymore as I don’t do any photo editing on the move. But there are a few occasions I do need it because my iPad Air 2 is just not as handy as a MacBook.
On the move I mostly use my iPad for web browsing, e-mailing and light word processing and spreadsheet work. The iPad is so much easier to use on the go.
I am thinking about replacing my MacBook or iPad this year. I don’t have the funds to do both. With the iPad becoming more like a MacBook, I find the choice more difficult than ever. 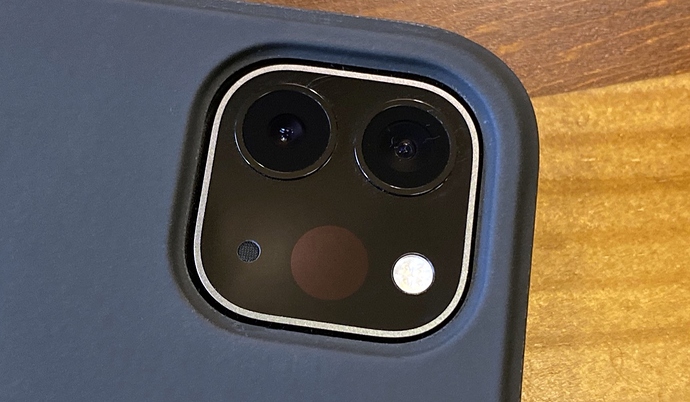 The 2018 iPad Pro was a great leap forward, with a stylish new design, support for a new Apple Pencil, a USB-C port, and a powerful processor that was more than a match for PC laptops. In fact, you could make the argument that the 2018 iPad Pro was...

Two things I took away: