Google Photos is ending free, unlimited photo and video storage in June, 2021. I was wondering whether going full in with iCloud Photos as an alternative is worth it. In my personal blog, I wrote up what I found out, including test results. I hope you find it useful. 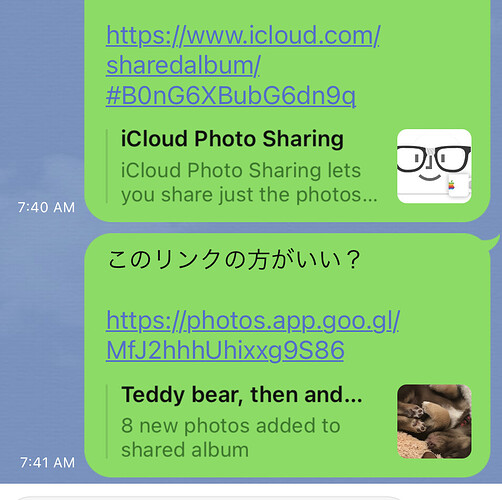 Google Photos is ending free, unlimited photo and video storage in June. I was wondering whether going full in with iCloud Photos as an alternative is worth it. Let me tell you what I found out so …

This was interesting but skips over one point that some may find important and others not: Privacy.

Google is scanning all your photos (and everyone else’s photos) and applies the facial recognition to your photos in the cloud. Pros: its fast and generally accurate. Cons: they now have a lot of data about the people in your photos.

Apple’s technique relies on doing the facial recognition without Apple knowing who these people are, i.e. done on the device, not the cloud. So Pro: All the data is kept on your devices (and ‘locked’ to your account in the cloud so Apple or anyone else isn’t using it). Con: It’s significantly slower and not as accurate.

Good point. And it provides a possible explanation about why the service used to be free/unlimited and isn’t anymore.

They were probably working on a variety of AI/ML projects to recognize faces, people, places, objects, etc. By offering free image hosting, they get millions of photos, often tagged with descriptive keywords, that they can use to train and validate their software.

If that research work is now completed, they no longer have a need for such a huge corpus of data, so it’s no longer free.

Yes, I see your point. But which gives actually better, usable results in the end?

iCloud Photos on my iPhone is still scanning, after all this time. So far 22,297 scanned with 29,521 remaining. It’s going to to take ages to finish.

And when done, it’s only going to find 143 people. In Google Photos I have over 900 people.

My main point with regards to the scanning though is this - why can’t iCloud sync the scanned results along with everything else its syncing between devices? While still only finding a relatively small number of People on my Mac compared to Google Photos, at least the scanning finished. Same on my iPad, which is usually just sitting there connected to power not doing anything.

Why can’t iCloud sync the scanned results across devices? Why this weird business of needing to be locked and on wired power only to continue scanning?

Are you using the current OS on all your Apple systems? It’s my understanding that while initially devices did not share their facial matches, they now do. All my Apple devices show the same number of identified people. I do notice that Apple scanning may have a low tolerance level for faces. In many group shots, only a few faces are marked for potential identification.

I’m using the current iOS and iPadOS. I’m using the latest Catalina on my Mac. I haven’t upgraded to Big Sur yet. I was waiting for Carbon Copy Cloner to support bootable cloned drives in Big Sur. Now that they are out of beta on that I’ll probably upgrade soon.

My devices are all showing the same number of identified people (+/- 1). But the iPhone reports at the bottom of the People album that it is still scanning. So the number of results per face is low. The other devices finished that days and days ago.

I guess I am more comfortable with the smaller number of people and the privacy factor.

I do think it’s fun. I look back over the decades and remember people and events I hadn’t thought about for a long time. It’s a nice nostalgic feeling. And sometimes it prompts me to look up an old friend from 30 years ago and send them a photo I found.

Is that how it works? That would be a real mess in many cases. For instance, I’ve got photos from various sci-fi conventions. I want the software to identify me and my family and the celebrities present. I don’t care about (and actively do not want) tags for the hundred other people in the crowds.

I doubt that’s how it works. For example, I have old photos of my parents’ wedding in 1955. Google Photos found all the attendees in the pictures - old relatives, old friends of the family. I can’t imagine it was just because of shared photos. I think it was because the pictures looked like people.

Maybe Doug can help me to clarify something which is stopping me using iCloud photos. I use the Apple ecosystem exclusively for photos. I’ve got 2 Macs, 2 iPhones and an iPad, all capable of running the latest OS for their device, but like Doug I have not yet moved to Big Sur on the Macs.
My issue mainly concerns the Macs. They are in different locations (I live in two countries, UK and France) and each of them has a big Photos library already, not as big as Doug’s, but still many Gb. I also have some photos on the other devices. Some of the photos on these devices are repeated, in that I’ve sometimes uploaded the same photo to more than one device. And I may have edited such duplicates differently on different devices. This is just a normal consequence of just using local storage.
My question is, if I switch on iCloud Photos for all these devices (or maybe just the Macs), what happens to these libraries? Do they merge seamlessly? What about duplicates? Is the storage they take up on the local devices freed up so that everything is in the cloud, or do the local photos stay on the devices they started off on? I am scared that by trying to get iCloud Photos working, I will create some kind of mess that I can’t get out of. Can you reassure me, or maybe recommend me to not use iCloud Photos after all?

In theory, everything should merge seamlessly, with true duplicates eliminated. If you’ve edited a photo in one place but not another, I would guess that iCloud Photos would keep both because they’re not identical.

Once you turn on iCloud Photos and set every device to sync, every local photo will upload and be deduplicated. Then every device will download the overall merged library (or at least thumbnails, if you have optimize storage turned on, which is a good idea on most devices, but make sure to ). It will take a while.

I can’t absolutely promise that you won’t end up with a mess in some way, but it sounds like you have a bit of a mess already.

(My father-in-law just did this with my mother-in-law’s old and new MacBooks, but he forgot that he had signed into his iCloud account on her old machine, which then uploaded all her photos to his account, which wasn’t what he wanted. So yeah, be careful that everything is using the same iCloud account.)

I would also recommend making a local backup of all the individual libraries before you start. In the worst case, you could revert to those to clean things up.

In addition to Adam’s comments I would add that the storage they take up on the Macs is not freed up. You can optionally turn on “optimize storage” which will free up space as needed and leave the originals only in the cloud. But I don’t recommend doing that because that prevents you from creating full Mac backups with Time Machine, Carbon Copy Cloner, and Backblaze.

Remember, iCloud is just a syncing system. Not a backup system.

Thanks Adam, I am reasonably reassured. As I am now in quarantine in the UK, it will take me some time to get organised, but I think I’ll go ahead with iCloud Photos.

Thanks Doug also. I am happy to leave full versions on my Mac, but I might have to do “maximise storage” on my MacBook, as it tends to get a bit full. Hmm

I think it’s called “optimize storage.” That’s what I do, too. I don’t turn it on on one computer, but I do everywhere else. That way I can back up my photo library with full res copies from that computer.

Haha. Yes, that’s what I meant to write. Just fixed it. Thanks.

Believe it or not, the face scanning for the People album is still not done! Some 34,000 scanned with 17,000 still to go. Apple really needs to sync the scanned face data. It’s been done on my Mac for a long time now. On my iPad as well.

I found a massive gotcha with Apple Photos if you let a fairly storage-limited device into the system, e.g. your iPhone. I did this, and then wanted to delete some of the photos on the phone to make space, but I can’t because the rule is “delete in one place, delete everywhere”. So eventually, however lo-res the photos on your phone, it will fill up… this seems to make Google Photos more attractive. I’m a bit stuck now, to tell the truth.

How small is the storage capacity on your iPhone?

I would have expected that even the lo-res versions are offloaded if space gets too low, and redownloaded if you ever scroll past them. You’re sure this doesn’t happen?