For many people, the word-guessing game Wordle has become a small daily treat. But it has also inspired numerous other games that tweak Wordle’s dictionary, gameplay, or overall concept. Adam Engst started out thinking he could put together a complete collection but eventually stumbled on a site that caused his head to explode.

Wordle tip that I learned from the Wordle Bot (in normal mode):

It uses up one turn, but it’s better than just flinging guesses for the missing spot.

Found one called Explordle that shows videos from around the world and you have to figure where you are. https://www.explordle.com/

I’ve done better than I expected just by picking up on small clues.

Wordle is genius. I do not like crossworld puzzles or any other word game I’ve seen or tried despite my love for words. There are very few games I like for various reasons which are often: they take too long, or just aren’t interesting to the brain. I’ve never tried to solve Rubik’s Cube so I don’t even know if I don’t like it. I do love things like multiple choice quizzes about almost any topic - maybe Wordle is a little of that. I mix up my Wordle strategy a bit and always start with a different word. The one or two times I didn’t solve in six, I think, was when I had all letters in order but one, and there were about five different valid words to choose from. So far, I’m not tiring (the one a day limit is part of the genius) although I’m sure I will. Shuffle looks ok to try but none of the others is obviously appealing at a glance. Thanks for writing about Wordle! (Ha - it’s midnight - time for Wordle!)

Thanks for the link to Wordlebot. I never would have known about it otherwise. And it suddenly justified my habit of taking screenshots of all my solutions! I learned something very interesting about the game: not all valid guesses are potential solutions. There was a game where, after two guesses, I narrowed the number of possible solutions to one. My next guess was FLAPS, but that’s not one of the 2309 Wordle solutions.

I’m not sure what to do with this new revelation. Should we consult the list before making a guess? Is that cheating? Are we supposed to intuit what is a valid solution and what isn’t? It’s 3:30 in the morning. (I have a bad habit of playing Wordle when I wake up in the middle of the night.) I’ll have to think about this in the light of day.

There was a game where, after two guesses, I narrowed the number of possible solutions to one. My next guess was FLAPS, but that’s not one of the 2309 Wordle solutions.

I’m not sure what to do with this new revelation. Should we consult the list before making a guess?

I just found out about the WordleBot last week. If there is one thing about the WordleBot that I dislike, it’s that. I want no prior knowledge of what the different solutions will ever be, and I don’t think the bot should know what they are, either. I ignore that part of the analysis.

Yeah, it’s useful to know that there are 10,000-some possible legitimate words, but only 2,309 possible solutions. The game’s creators did that so you wouldn’t feel “cheated” by having the solution be a truly obscure word that few people had ever heard. They also felt that plurals weren’t sporting, so such words aren’t possible solutions. Plus, the New York Times took out a few naughty words.

I’m mostly intrigued by WordleBot’s evaluation of my luck and skill.

Musicle is a musical version, easier than Heardle (you get a longer sample and four aternatives to choose from) and with the possibility to choose categories like for example 80s music, jazz or even national anthems: https://musicle.app. It’s Brazilian in origins and it uses Apple Music for the song samples and album covers. Highly recommended!

I’ve not seen the list of solutions, but so far there has never been a solution that is a noun made plural with an S on the end or a verb put into the past with an ED on the end (like “ended”). I did miss playing a few days back in January, so I could be wrong about those days when I didn’t play.

I LOVE Wordle. Finally, a computer game that makes my neurons happy, and one that goes away after I play once, so I’m not fighting the temptation to play “just one more” all day.

WordleBot is frustrating to invoke if you, like me, created a Home screen icon for Wordle on your iPhone since Apple encapsulates the website so that it doesn’t share cookies with Safari. You can’t bring up the Safari address bar or bookmarks within Wordle’s saved Home screen icon to navigate to WordleBot after playing. It would be nice if the New York Times would add a link to WordleBot from Wordle itself—I’ve suggested it to them directly—but until that happens…

Just a quick note that NYT has added a direct link to WordleBot to the “hamburger” menu so you don’t have to visit the times homepage and then search for it.

Excellent! It seemed like a painfully obvious improvement, and I had encouraged them to do it in direct email too, not that one ever knows if that helps.

I’ve become addicted to Dordle, Quordle, and Octordle. I find them a much more engaging challenge than the regular Wordle. I also really like Semantle, even though a lot of it is luck in hitting upon the right word to get you into the ballpark of the solution.

I’ve also been playing MoreWordle for the 6- and 7-letter words, but it annoyed me one day last week. The 6-letter answer word was PYJAMA—I was able to prove it by using PAJAMA for the next-to-last guess and PYTHON as my final guess—but PYJAMA itself was not regarded as a valid word to guess.

I attempted to contact the site about it, but there are no contact links available on the domain at all, and nothing that indicates who runs the game. I tried the standard help@, admin@, webmaster@, and so on, but all bounced, suggesting that the domain has no active email service attached to it.

That was literally the only word I’ve not gotten correct on any of the three difficulties of MoreWordle, so needless to say I’m unhappy that there’s no way to contact the game’s administrators about the fact that their answer list contains at least one word that’s not in the dictionary they validate guesses against. That kind of oversight has caused me to abandon other word games more than once—a word game that’s inconsistent about its dictionary can quickly become an exercise in frustration.

One interesting byproduct of WordleBot is that 30% of players now use DEALT as their first guess.

I saved the old Wordle URL to my Home Screen. Now that it’s no longer valid, is there any way to save my old stats?

I don’t think so. So far my old link still has a button that allows me to go to the new nytimes link, so my stats are retained. But web link favorites saved to to Home Screen have isolated cookies that can’t be transferred either to safari or to other links/icons saved to the Home Screen as far as I know.

There was a site that described how to transfer your stats if you changed devices. I used it to transfer my Wordle stats from my old iPad to the new one and it may help. If the format NYT uses is the same, it may work. 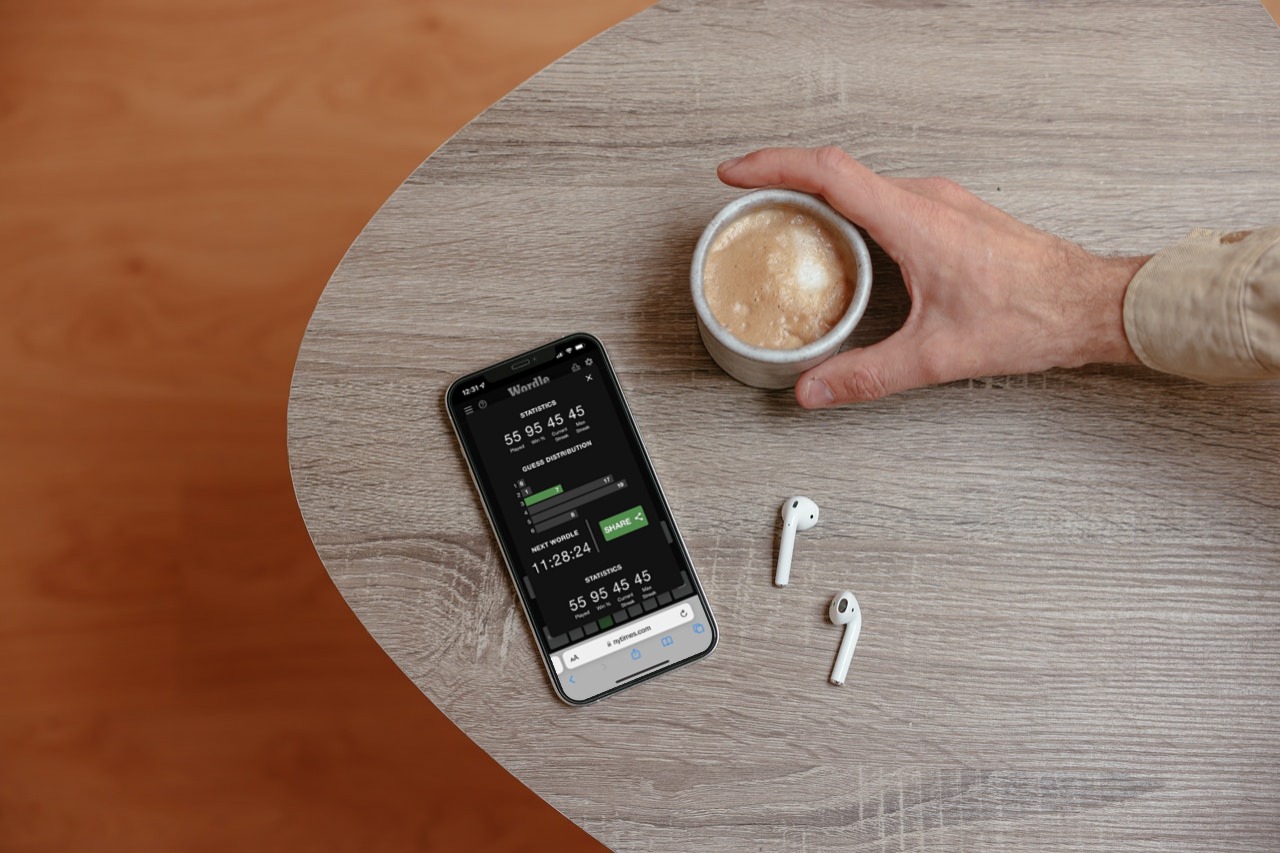 Transfer Your Wordle Streak To A New Phone

There are few things in this world I'm as protective towards as my Wordle streak. I've lost a streak once, purely because I missed a word one day. I

Speaking of WordleBot, is anyone else noticing that trying to access it recently is met by “you have reached your limit of free articles”? Did NYT put WordleBot behind their paywall?

I’m still able to access Wordlebot every day without a subscription.

You don’t need to be a subscriber, but you do have to have an “account”.