Originally published at: European Union to Mandate USB-C in Electronic Devices by the End of 2024 - TidBITS

A new European Union directive aimed at reducing electronic waste and saving consumers money will require new electronic devices to charge using USB-C. Most observers assume this will cause Apple to replace Lightning ports with USB-C across its product line.

It occurred to me another thing Apple could do is keep the Lightning port but just remove the ability to charge through the port, relying on wireless charging instead. Lightning could be kept around for peripherals and for slowly moving data (just to irk @Simon).

So far I don’t see why you can’t add USB-C and keep Lightning and enable charging via one or the other (space would be an issue of course).

Anyways, I have argued before that one and the same port on all chargers is sensible, but on the equipment to be charged not so much. You still need the cable for charging and you will be able to charge anything with your USB-C charger; I’ve been doing that for years now with my Apple chargers. In fact, Apple was one of the first to achieve what the EU said they wanted, charge anything with one kind of charger. The number of discarded cables in the future will not become less, but they will simply be of different kinds.

BTW, the larger number of discarded chargers will be the cheep ones that fail earlier than the high quality ones like those from Apple.

Are you able to make the USB-C port waterproof? It could definitely be an improvement in speed if utilized.

Lightening is dead but killing MagSafe. OK it’s time for Apple to standup to the EU. Tell’em if they don’t like it they can by a Dell.

OK it’s time for Apple to standup to the EU. Tell’em if they don’t like it they can by a Dell.

MagSafe saved the life of my MacBook Pro on quite a few occasions, so I hope that Timmy will do so.

??? MagSafe is not affected. And Qi charging isn’t going anywhere in the EU. Qi is an industry standard and Apple is actually one of its many supporters.

LOL there are two MagSafes. Anyway Lightening is a pain in the ass. In fact, Apple has a long painful legacy of connectors. We would have all been better off if VGA and 25-pin serial connectors had lived forever! Who needed DB9, DB8, SCSI 25, SCSI Centronics, SCSI II, AppleTalk, PhoneNet, FireWire, FireWire 2 and all the beloved video and video combo cables that Apple has created for vintage computer museums anyway?

…the European Union has mandated that new rechargeable electronic devices sold in the EU must have USB-C charging ports by the end of 2024. The law applies to mobile phones, tablets, digital cameras, headphones and headsets, handheld videogame consoles, portable speakers, e-readers, keyboards, mice, portable navigation systems, and earbuds, and will extend to laptops in early 2026.

As others have implied, I don’t see that Apple is being given an order to stop doing anything it’s currently doing. Compliance means there must be a USB-C connector on the device capable of charging it. I don’t see a mandate to drop all other charging mechanisms or any additional connectors.

As others have implied, I don’t see that Apple is being given an order to stop doing anything it’s currently doing.

Especially on an iPhone or iPad, having two different versions of connectors will significantly increase size, weight and cost.

Nobody is telling Apple to put USB-C in addition to Lightning. Apple will replace Lightning ports on iPhones with USB-C ports just like they did on iPad. Done.

We don’t know if MagSafe will be allowed to continue past 2026, given that Apple laptops can also charge over USB-C.

Is there some reason to think MagSafe for laptops would go away? After all, Apple reintroduced MagSafe with the M1 MacBook Pros while retaining the ability to charge through USB. Why would Apple ditch the feature yet again?

OK, so I haven’t been reading voluminous EU documents and commentary on this topic but I wonder how would this legislation impact future developments like, hm, a charging cable that allows 10 minute full charges, can transfer 1TB/min, and is shaped like a platypus bill?

No need to read EU documents to know that any bureaucratic edict requiring a specific connector type for the entire future of European civilization is unlikely to be a good idea.

You forgot to use the words ‘communism’ and ‘socialism’ in your comment.

The EU has the right idea with this. USB-C can do more than any other connector/protocol and should be good for a long while. The constant churn of technology, and accompanying connectors, is an immense waste and headache. And Apple has certainly contributed with their insistence on using proprietary connectors, then not, then doing it again (anyone remember the ADC video connector?). Even when they come up with a good idea, like Mag-safe, they drop it. If Apple wants to keep their other ports, fine. Why is everyone so worried about what APPLE will do?

USB-C is a giant mess to understand, but if it’s used consistently–and not replaced with something else–things will hopefully settle down.

I wonder how would this legislation impact future developments like, hm, a charging cable that allows 10 minute full charges, can transfer 1TB/min, and is shaped like a platypus bill?

Seems pretty obvious to me that it would be prohibited until/unless the inventor of the new tech could convince EU lawmakers to permit it.

Maybe a phone maker could use it in addition to USB-C, but they wouldn’t be allowed to use it as the only charging connector.

USB-C can do more than any other connector/protocol and should be good for a long while.

There’s that “should be”. We can’t predict the future, and government agencies that try to do so almost always end up wrong.

Although it may be a great choice for today, anyone claiming that nothing better will ever come along (which is what a legal mandate implies) will definitely be proven wrong. If not in the near future, then later on, but it will always happen.

The constant churn of technology, and accompanying connectors, is an immense waste and headache.

That “constant churn” is how stuff is invented. You outlaw it, and you outlaw innovation. Nobody is going to bother trying to come up with something better if they know it will a-priori be illegal in 1/3 of the world.

People and industry were and are doing a great job settling down on a small number of standards (Lightning, USB micro-B and USB-C) without any government mandates. Politicians throwing their weight around will not make anything better.

USB-C is a giant mess to understand, but if it’s used consistently–and not replaced with something else–things will hopefully settle down.

And here’s why mandates are bad. It is a giant mess. And everything is eventually replaced with something else - that’s how innovation works. Some replacements will be better (and may become the new standard) while others won’t be (and will fall by the wayside).

But if a bunch of politicians decide that USB-C (or anything else) will be the one true connector, and that all others will be banned, it will slow down the pace of this innovation, and when we need something better than USB-C, it will be invented and deployed somewhere else, with the EU being forced to use inferior tech until someone can convince EU politicians to grant permission for something new.

I seem to recall that about 10 years or so ago the EU mandated micro-USB for all cell phones, and Apple used to provide a microUSB-to-30 pin port adapter in order to comply? 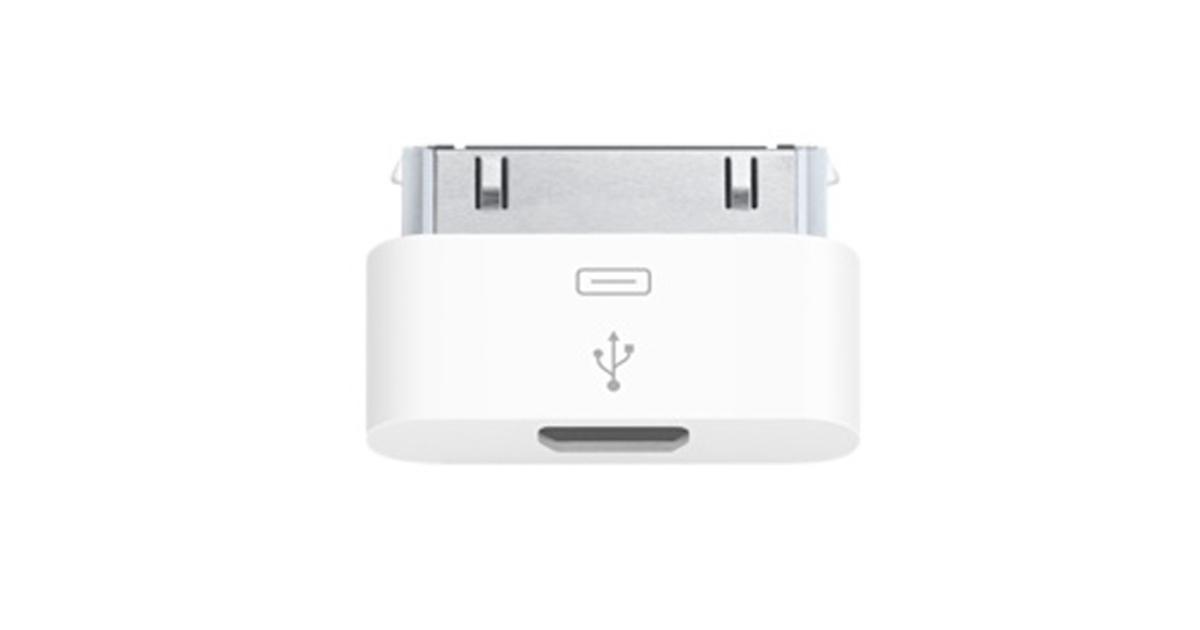 To cut down on the amount of mobile phone chargers relegated to the garbage after a phone upgrade, in 2009 the European Commission reached a voluntary agreement with 14 major smartphone manufacturers who committed to providing a standardized charger...

So perhaps it wasn’t a mandate, but Apple agreed to provide a way to charge with a micro-USB charging cable.

Anyway, clearly if a better charging port is invented, clearly regulators can change there regulations?

Personally, I don’t care what happens with this. I’m fine with lightning, I’d be fine with USB-C. It won’t affect me much - I’ll still travel with a cable to charge each of my devices, no matter what the port is.

Not mandated. From the article you cited (emphasis mine):

They met with manufacturers, who agreed to voluntarily agree on a standard. There were no mandates. So Apple had no problem complying by selling an £8 adapter. And when the industry decided to move to USB-C (for some phones - definitely not all), it wasn’t a big deal because there were no laws to break.

This is in contrast to the current decision, which is a law and presumably will involve criminal and/or civil penalties for those manufacturers that do not comply.

I agree that government mandates aren’t always the best solution. But don’t get carried away with hyperbole. We’re not talking about stifling innovation of every kind, nor are we talking about “banning” all other connectors. That’s a preposterous argument.

USB-C can already do more than most users need, it won’t be “inferior tech” for a long time. Coming up with another incompatible interconnect tomorrow will not improve the vast majority of users’ lives, but forcing them to buy yet another car charger is just a waste. Innovation is great, but people have to use these products of innovation. And the earth has to support the people.