Billionaire Elon Musk has purchased Twitter for $44 billion and will take the social media company private.

The man, I have no time for. Let’s see what he does, but I don’t expect this to go well.

I also want to make Twitter better than ever by … authenticating all humans.

What I think is scary is that Musk is taking the company private. He won’t have to report to, or answer to a board of directors or a significant % of regulators. But whatever he decides to do, it is highly likely to involve a lot of drama. Another consideration is that in sixteen years, Twitter rarely turned a profit, and the few times it did, it was minuscule. He might not be able to turn this around quickly, if at all. And the EU is already considering regulations for social media. And I am concerned about what will happen if Musk does make Twitter “a bastion of free speech.” There’s hardly any moderation or fact checking already.

And Twitter is driven by advertising sales, and Musk has not, to my knowledge, run any companies whose revenue is driven by ad sales. And selling ads is very different than buying ads.

Elon Musk is erratic but apparently successful. He has a history of being provocative. He is unconventional and one of the few visionaries in the the class of Steve Jobs. Eccentric. Nobody owns him. You have to give him that. I wouldn’t want him to be my boss. Those who probably once loved him are now those who think him getting control of Twitter is horrible. Which is almost funny. And Twitter can’t be worse run than it has been lately - from someone who does not use Twitter. My involvement with Twitter is the same as my involvement with cryptocurrency. Only when I happen across tweets and blurbs. Unlike many, I have no emotion about Twitter. Musk must have great emotion because his doesn’t seem like a great investment. I have always thought Twitter was a great idea, just not for me. Perhaps it’s those who tweet, those who follow, and those that don’t do either. Johnny Depp will almost certainly now cancel his Twitter account.

And Twitter is driven by advertising sales, and Musk has not, to my knowledge, run any companies whose revenue is driven by ad sales. And selling ads is very different than buying ads.

Yeah, he’s said he wants to move away from advertising (not a bad thing) but 90% of Twitter’s revenue comes from ads. The company will be private so he won’t have to satisfy a board or shareholders, but the investment banks that are backing him presumably will want Twitter to make money. He’s mentioned subscriptions, which is a fine idea, but in a world where Twitter lets anyone spew whatever they want, it’s hard to see people wanting to pay to be part of it.

I’m as uncertain about this as everyone else. I don’t like Twitter, barely use it, and don’t particularly approve of it, and while I don’t think unfettered free speech will make Twitter better in any way I care about (and could make it much worse), Musk is such a loose cannon that I hesitate to speculate about what he might do and what the result might be. I think the best description of him might be from D&D: “chaotic neutral.”

“unfettered free speech” is not bona fide free speech which will promote democracy, and all the other good things free speech is supposed to promote. For example, the old trope: Yelling “Fire” in a crowded theatre is not free speech.

“unfettered free speech” is not bona fide free speech which will promote democracy, and all the other good things free speech is supposed to promote

There’s no requirement in the Constitution or American law that requires speech to promote democracy or good things, so that’s not really applicable.

For example, the old trope: Yelling “Fire” in a crowded theatre is not free speech.

The “falsely shouting fire in a theater” was part of Schenck v. United States (1917), which was overturned by Brandenburg v. Ohio (1969). The Schenck ruling was a bad one – it allowed the government to censor critical speech that might cause harm to recruiting during wartime, which is a much broader limit than is now the case. Brandenburg tightened up what the government can censor. For a (somewhat vigorous) discussion of the problems with “fire in a theater” see: 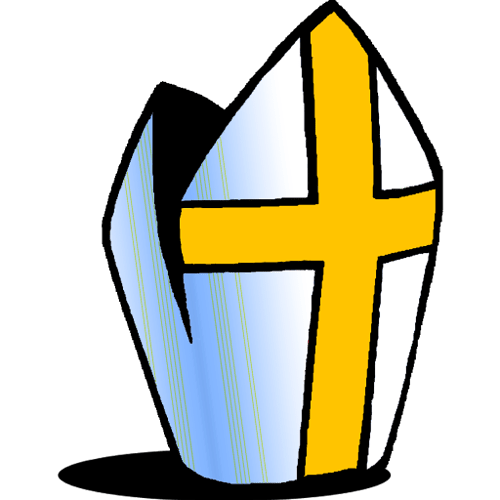 Three Generations of a Hackneyed Apologia for Censorship Are Enough

In her Los Angeles Times opinion piece justifying prosecution of the author of the “Innocence of Muslims” video on YouTube, Sarah Chayes opens exactly the way I’ve come to expect:…

I wonder how I’d be feeling if I was a Twitter employee right now. Oh, who am I fooling? I’d never work for Twitter!

Yelling “fire !” in a crowded theatre was simply an example, one of many examples, illustrating that unfettered speech is NOT free speech.

so that’s not really applicable.

Regardless of whether or not this topic (that is, the topic of “free speech”) is addressed in the U.S. Constitution or U.S. Law, does not mean that bona fide free speech suggests “anything goes.” This is an ethical issue, not a strictly legal issue.

Speaking of free speech, if this conversation goes down the rabbit hole any further, Adam is going to shut the thread down. Just a friendly suggestion.

The question of what Twitter is and should be doing with regard to speech is interesting and on topic, but let’s keep it specific to Twitter. Seth Godin has a short bit that references “yelling ‘fire’” but makes the larger point that speech in most public spaces is kept civil by the management. And that’s a good thing. 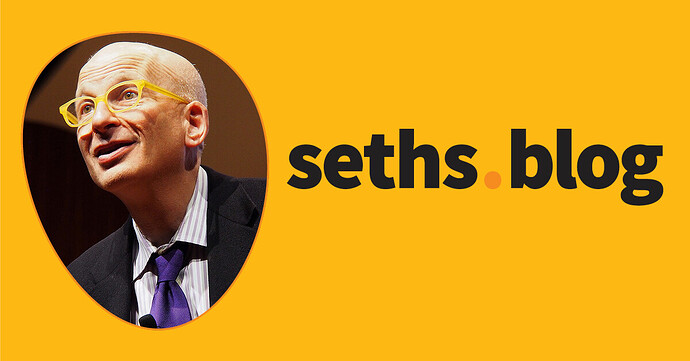 With the possible exception of hockey games, there have been few places in our modern lives where public interactions are supposed to be coarse. If (back when we could, and soon when we can again) …

This is an ethical issue, not a strictly legal issue

You invoked a specifically American legal concept, so that was how I replied. Twitter is not actually covered by that precedent as it is a private entity, not a governmental one.

But to go back to your original point about this:

bona fide free speech which will promote democracy, and all the other good things free speech is supposed to promote

Illustrates how complicated this discussion gets quickly because who at Twitter (or Facebook for that matter) decides what speech “promotes democracy”? Elon Musk? Mark Zuckerberg?

I wonder how I’d be feeling if I was a Twitter employee right now. Oh, who am I fooling? I’d never work for Twitter!

One of my relatives is an astrophysicist who works for NASA and also teaches. He knows people who work, and have worked, for SpaceX. He says every one of them thinks Musk a d—-.

Seth Godin has a short bit that references “yelling ‘fire’”

Hey, thanks Adam. Seth’s blog is bordering on buddhist ethics, but there I go again, off topic, that is.

One of my relatives is an astrophysicist who works for NASA and also teaches. He knows people who work, and have worked, for SpaceX. He says every one of them thinks Musk a d—-.

For the same reason, I refuse to drive a Tesla.

44 billion dollars! It’s hard to get my 78 year old mind around that figure. I finally decided to compare it to the 5 cents I paid for a candy bar in 1949 (long story). Using an online inflation calculator, I asked it how much today’s 44 billion would have bought in 1949 dollars, and it is still a staggering number: $3,542,384,105. Over three and a half billion dollars! That kind of money could do so much good, and here it’s being wasted on an ego trip. Sad.

How is the money being wasted? It’s not being burnt in the Twitter parking lot, it’s going to Twitter shareholders, who will use it for such “wasteful” things as buying groceries and paying rent, and yes, some will probably even donate some to charity. While I do find the whole thing kind of pointless and silly, the $44b is arguably better in Twitter shareholder hands than Musk’s and some banks.

Musk is currently one of the biggest philanthropists in the US, but he keeps his big blabby mouth tightly shut about who, where and how much. In context, seems kind of strange to me. And he donated Tesla stock rather than his personal cash: 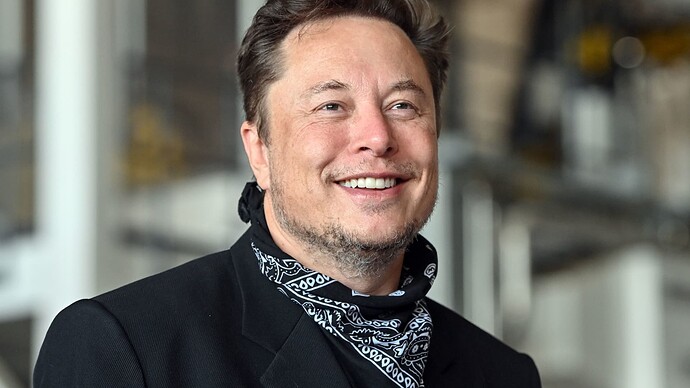 Elon Musk donated over $5.7 billion in Tesla shares to charity in November

Tesla chief executive Elon Musk donated a total of 5,044,000 shares in the world's most valuable automaker to a charity from Nov. 19 to Nov. 29 last year.

Tim Cook is also a well known philanthropist, and he donates regularly 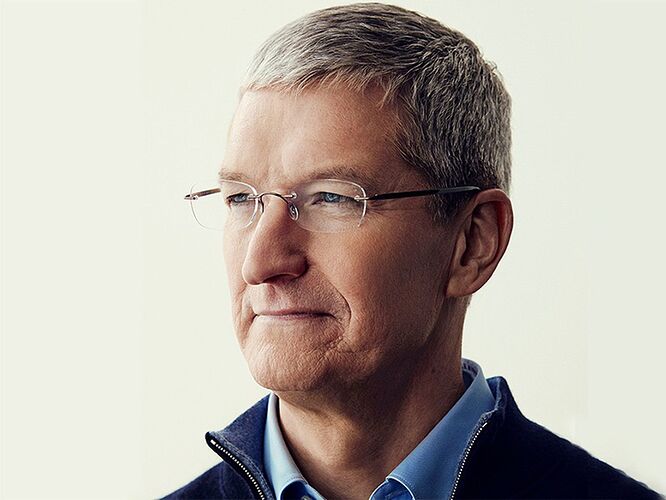 And he also recently launched a fund that will match Apple employees’ donations to help the Ukrainian fight for freedom: 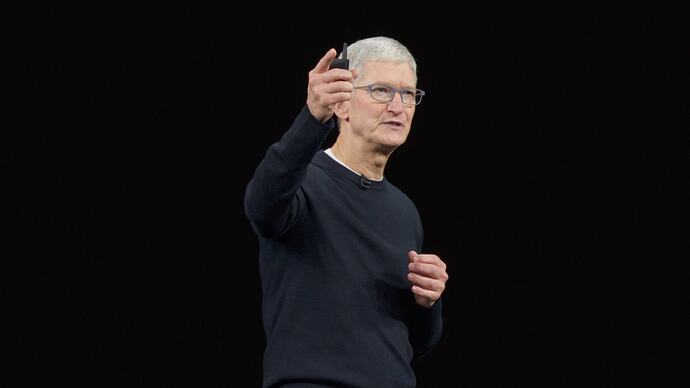 After Apple on Tuesday confirmed that it ceased product sales in Russia, CEO Tim Cook sent out an email to all employees that promises to match donations

“the $44b is arguably better in Twitter shareholder hands than Musk’s and some banks.”

Point taken, although I kind of doubt that most shareholders need or use the cash for buying groceries and paying rent. I guess what I was trying to say (poorly) is that there are far better ways for the incredibly rich to give back to society than this. Hopefully, this investment will, at least, do some good in the world of social media (although I’m doubtful).