Mostly thanks to something I read on Tidbits I started using DuckDuckGo as my default search engine on all my browsers and that worked well.
I have been annoyed by the number of ads and pop up windows in Safari recently.
I am quite upset that I recently browsed at length looking for a piece of footwear and now I keep getting ads from one of the shops I visited
Is it time to dump DuckDuckGo? Or Safari? Or what am I doing wrong?
I am on Mojave

I doubt that has anything to do with DDG and is much more related to FB or some other tracking service.

Try Ka-Block. It’s super simple (there’s no settings), it’s free, and it’s on the Mac App Store so you don’t have to worry about shenanigans. There’s also a version for iOS if you like it. 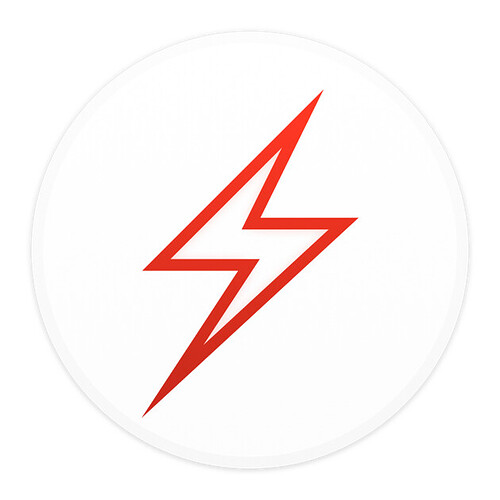 ‎Ka-Block! is a content blocker for Safari that prevents ads and tracking scripts from slowing down web pages you visit. Many sites use third-party scripts to track your behavior across the web, causing pages to load slowly and draining your Mac’s...

I don’t use FB. Do you consider Twitter a tracking service in this respect?
I’ll take a look at Ka-Block. Thank you

Almost every ‘free’ service, and many paid ones, are also tracking services unless they have a clear reason not to be. DDG states that they make their money from the ads, not for the tracking potential, and I haven’t heard that they’ve been caught violating that. It’s hard to not get caught, and if they were tracking it would quickly become a scandal.

Use a good ad/tracking blocker on every machine at the least. Delete all cookies, cache and databases from browsers periodically.

At a higher level, a blocking hosts file is quite nice–it stops a lot of stuff from even trying to load, which can speed up page loads and save on data use. But it does have drawbacks. It’s something of a pain to implement, and there’s no easy on/off switch if you’re blocking too much. If you really need to use some service that’s getting blocked (e.g. likely any site that insists on google analytics, including pretty much all google services), you may have to do some investigating to see which host names you need to unblock–but then it’s unblocked for all other sites too. I’m fine with this, because any site that’s that determined to track me I can probably live without. Plus I have a bunch of real and virtual systems, one intentionally unblocked for the very rare times I do need some site.

To edit the hosts file on a Mac: 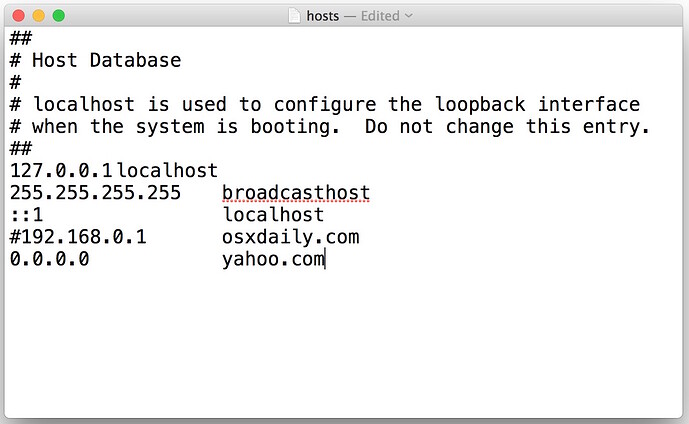 The Mac Hosts File: How to Modify /etc/hosts in Mac OS X with TextEdit

The Mac hosts file is a system level file located at /etc/hosts which maps IP addresses to host names for Mac OS X networking. Many users edit and modify the hosts file so that they can point a dom…

Pi-hole is more efficient way to do this and also cover mobile devices without a third party vpn-style blocker. Put a Raspberry Pi in a case, install Pi-hole, then set it to be your local network DNS server. It can run on several flavors of linux, but RPi is both cheap and tiny for the win.

Pi-hole is more efficient way to do this and also cover mobile devices without a third party vpn-style blocker. Put a Raspberry Pi in a case, install Pi-hole, then set it to be your local network DNS server. It can run on several flavors of linux, but RPi is both cheap and tiny for the win.

Another vote for pi-hole efficiency here. Provides a wide variety of blocking potential to the entire household with very little maintenance. I do find some of the block lists to be overly aggressive and sometimes have to disable blockage of a url in order for a needed site will work for me. I’m seeing more and more tracking services embedded in links which prevent being able to pass me through to the site itself.

Check your Safari plugins. My wife had a similar issue with Safari, and it ended up she had a plug-in that was pushing ads into Safari.

@david19 Thank you. Where are Safari Plugins? In only have 1password and now Ka-Block extensions. I had "Open in IINA 1.0 installed but unchecked it. There are other unchecked one

Where are Safari Plugins?

There’s a uninstall button right there. 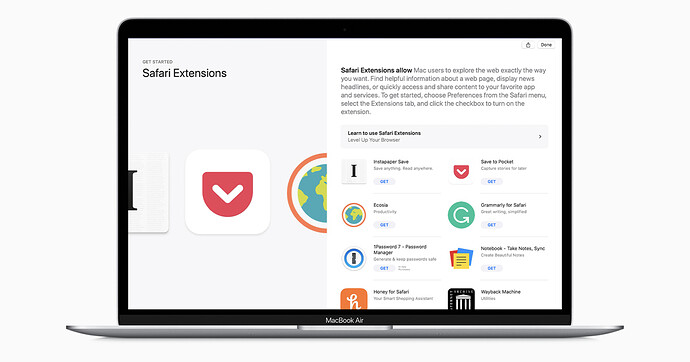 How to install Safari extensions on your Mac

Safari extensions enhance and customize the browsing experience on your Mac.

Thanks. I got that. So Plugins = Extensions

So, the simple efficient answer is to buy another computer system, learn how to run it and set up a complex home network? I don’t use the Pi or linux (directly at least) and the idea of having another OS to learn and maintain just doesn’t seem like an easy solution.

I have no skills whatsoever with regard to pi or linux and it probably took me less than an hour to put the board into the enclosure, download RaspberryPi onto the microSD card and then launch the script to both download and install the pi-hole system. All I needed was temporary use of a keyboard, mouse and monitor If you know anything about using command line instructions with Terminal then it’s just as simple.

So, the simple efficient answer is to buy another computer system,
learn how to run it and set up a complex home network?

Pi-hole is the efficient answer to doing a better, more thorough job than the usual ad/tracking blocker plus delete cookies, cache & databases in your browsers, and in a single thing, instead of on each device that you then have to keep updated.

Most people are fine with just protecting their browser/s, and that does quite a lot of good. But it doesn’t catch as much as a computer-wide solution, partly because it only protects the browser, not tracking from within other apps.

Everyone gets to set the balance between privacy and security vs hassle to suit themselves. Setting it to hassle = zero (no ad block, never toss cookies, no good spam filters) can too often result in a really big hassle later though, when you have to clean something up that would have easily preventable.

Thanks. Those answers make sense if you are spending time on this.

Well, another solution would be to work to elect political representatives who believe that privacy is a fundamental human right, and who are willing to take concrete steps to reign in the ad tech industry, and the tech industry too.

This might be slightly more difficult than learning Raspberry Pi.

Along with setting up DuckDuckGo as your default search engine, you might also want to install the DuckDuckGo Privacy extension, which offers ad and tracker blocking.

Or do what I do and use Brave Browser instead of Safari.

So, the simple efficient answer is to buy another computer system, learn how to run it and set up a complex home network?

To me the simple answer is to follow Simon’s suggestion to use Ka-block, or another ad blocking extension for Safari. (I use Better myself.)

And if you are having issues with tracking now, you may want to do Safari Preferences, Privacy pane, Manage website data and click “Remove All” to erase all cookies (you’ll have to log in to all of your sites that you use again, so you could instead peruse the list and delete anything that you don’t need or recognize).

I agree with @damfino - I first learned about Brave browser here at TidBITS Talk and have used it regularly. It is fantastic! I just have to remember when clicking on links from email or websites to right click and have them open in Brave. Also use only DuckDuckGo and found a significant difference using that over Google.

I installed Ka-block a couple of days ago. That has been working very well, so far
Thank you for the suggestion @Simon

Glad it’s working well for you. I’m sure there’s far fancier tools out there, but I personally like that it just works.