A recent question on displays reminded me I wanted to ask this.

I will be buying a new MacBookPro or Air of some variety this Spring. I currently have a mid-2012 MBP that has served me well but MacOS Catalina is the limit for it. Attached to it is a 23-inch 2004-08 Apple Cinema Display (M9178LL/A). It had a DVI-D connector that in turn connects to a DVI-D to MiniDisplayPort adapter to reach the computer. Works great.

Do I have any chance of connecting this display to a current production MacBookPro or Air? I’ve seen some USB-C to DVI adapters on Amazon that the description seems to imply they might work. Any experience with that old a display connecting to current computers?

That display IIRC also requires a USB connection to alter its settings like brightness. So you’ll also need an A-C dongle, but then you should be fine with the DVI dongle (as long as it supports 1920x1200). Of course if you also want to use the monitor’s FW ports you’d need a FW400-800 adapter, a FW800-TB adapter, and a TB2-3 adapter. In principle, that should work for data only, but it’s prohibitively expensive and clunky considering its only 400 Mbps. 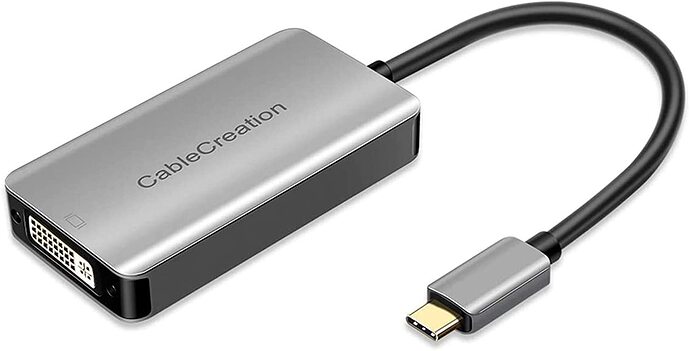 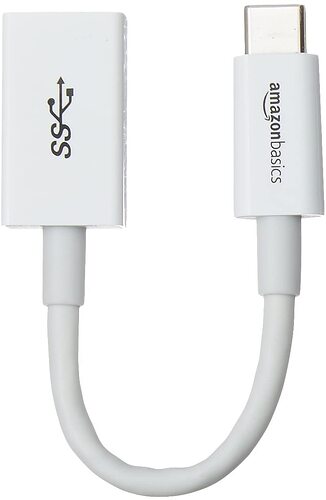 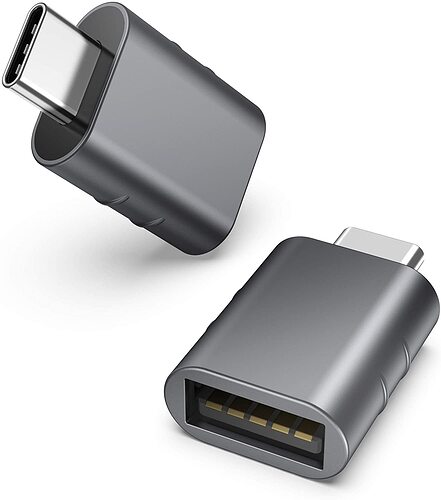 Note that you cannot use a TB2-3 adapter to re-use your old mDP to DVI dongle with a new Mac. The way those DVI dongles worked is they signaled your old Mac to change its video output on the mDP port. That doesn’t work with a new Mac’s TB3 ports. There instead, USB-C DP alt mode is used to get video display going. The adapter I linked to at the top there does exactly that.

Do I have any chance of connecting this display to a current production MacBookPro or Air?

Yes, but you’ll need an adapter. Fortunately, your display uses only single-link DVI (maximum resolution of 1920x1200), so you won’t need the expensive adapters that a display with a dual-link interface would require.

All of the computers you mention have USB-C/Thunderbolt-3 ports. Additionally, the newest MacBook Pros have HDMI ports.

I’ll start with the HDMI connection, because that’s what I’m most familiar with. Any single-link DVI display can connect to any HDMI port using a passive adapter. I’m using the Apple HDMI-DVI adapter that shipped with my 2011 Mac Mini to connect to a DVI-based Dell display with the same resolution. Apple no longer makes this adapter, but you can get adapters from a wide variety of sources.

Since the display’s cable is not detachable, you will want to use a short adapter cable. Here’s one example. I have no personal experience with it, but the description looks correct.

If your Mac doesn’t have an HDMI port, then you’ll need a USB-C adapter. @Simon mentioned one, but it may be more than you require, since your display doesn’t use a dual-link interface. I suspect something cheaper, like this one should also do the job. (As with the HDMI adapter, I have no personal experience with this product. I link to it simply because its description matches what you require.)

And, as @Simon wrote, you will not be able to use the display’s FireWire ports without some adapters to connect them to your Mac. But you’ll need these adapters to use any FireWire devices with a new Mac, whether or not you use your display as a hub.

Thanks to both of you for those detailed replies. David, the USB- to DVI adapter you linked to is one I had already identified as a possibility so I that’s two of us saying “I think so.” Was hoping to hear from someone who had made it worked but your agreement help say worth a shot.

Had not thought about the HDMI option. So more to think about.

Firewire is not a concern. I’m down to one FW device, an external writable DVD drive. Very little used so keeping an old computer around with it will be good enough if I ever have a need for it.

Just make sure you get one you can return. Note how with these cheap adapters there’s plenty of people commenting that it didn’t work properly with their 23" Cinema Display. Amazon is usually very good about returns, provided the supplier offers it.

I need to take back my “Had not thought about the HDMI option. So more to think about” as when I checked out the DVI-HDMI adapter David linked, I found I already had it saved on an Amazon list. Seems like using the HDMI to DVI might be a better option than USB-C to DVI since I will have plenty of need for the USB-C ports and will have no other use for the HDMI port.

If you get a 14" Pro that’s fine. But since you also mentioned an Air (or a 13" MBP), good to keep in mind no such option there (at least not in its present incarnation).

Not sure why I even mentioned the Air since I had been waiting for the M1 Pros to be announced. And then once they were, was into a period of a lot of travel so no time to upgrade until March. So it will definitely be a new MBP, just a matter of figuring out which specific size and configuration. But my needs are not complex so it will probably be near the entry level MBP.

And to close this out, received the new MBP yesterday and it is working with my old 2004-08 Apple Cinema Display. I bought the adapter David C. linked (DVI-D to HDMI) and it works great. Only “pain” is the HDMI port being on the right while I have everything else on the left (as the old MBP had all ports on the left with the DVD drive taking up the space on the right) so some rearranging of the desk is on the agenda for the next few days.

If you really want, you can attach it on the left side. Just use a USB-C to DVI adapter instead. 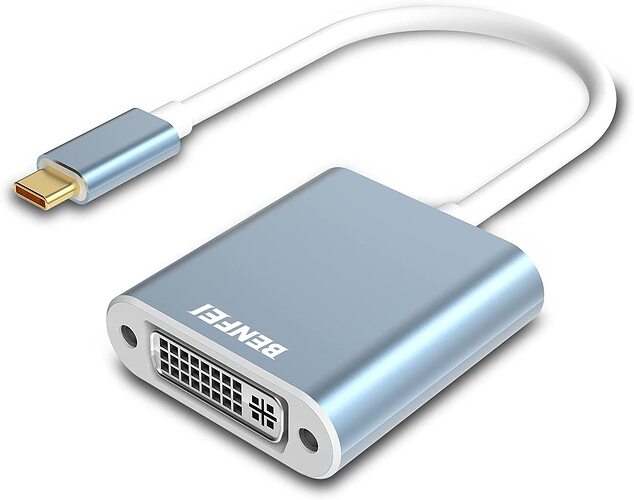 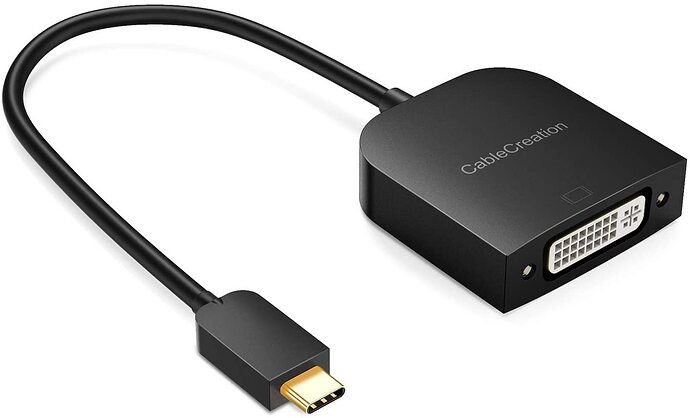 No need, all good. Just needed to reroute the cable from the monitor to the computer. I have no further need for the USB-A and Firewire hubs on the monitor so I don’t have to worry about where those cables end up.