Howard Oakley of The Eclectic Light Company blog shows that Disk Utility in Monterey now lets you view and work with APFS snapshots.

Josh - can you write something about what are APFS snapshots and their benefits please?

Snapshots are nothing new to the industry. Various kinds of network servers have been using them for decades. The earliest example I’m personally familiar with was developed by NetApp for their file server appliances. Here’s a white paper that, in part, explains their implementation.

The general idea is that, when using a snapshot-capable file system, each disk block can belong to multiple files. There is a per-block reference count stored, so that when files are deleted, the block isn’t freed until all of the files using the block have been deleted.

This is used in conjunction with “copy-on-write” technology. When a disk block is shared by multiple files and one tries to write to the block, it is duplicated (and the file’s internal data updated to reflect that it is now using a different block) before the write operation.

These technologies (reference counting and copy-on-write) allow an operating system to do many useful things.

One of the most obvious is APFS’s ability to perform quick copies of files. As you may have noticed, duplicating a file in APFS using the Finder completes almost instantly, regardless of it’s size. This is because it’s not actually copying all the data to a new set of disk blocks. Instead, it creates a new file that uses all of the original file’s disk blocks for storage. Later on, if you modify the file, the system allocates new storage for those blocks that have changed, but everything unchanged remains shared with the original.

In addition to speeding up file-copy operations, it also saves space on your storage device, because it’s not keeping two copies of data for content that is known to be identical.

A snapshot is basically an extension of this concept. Instead of performing the above “fast copy” operation on a single file, it is performed on the entire volume’s directory structure. You end up with two directory trees, containing the same files and pointing to the same disk blocks. One of them remains writable, while the other is marked read-only.

Afterward, when files are created, deleted and modified, the volume’s writable directory (the active one) is modified as normal. Its disk blocks (and the files’ disk blocks) are duplicated using copy-on-write as necessary. The read-only tree never changes - it holds references to the disk blocks belonging to the original files as they were at the time the snapshot was created. It is 100% accurate read-only image of the directory and file state for the entire volume at the time the snapshot was created.

Later on, you can create more snapshots, which will preserve the directory and file data at additional points in time.

Of course, when snapshots are used, it means deleting a file doesn’t actually create free space on the volume, because the file’s disk blocks are still being used by any snapshots that were created after the file was created. And writing to a file, even without changing its size, may cause free space to be consumed if there is a snapshot holding references to its original content.

This is why you generally don’t want to keep snapshots around forever. After a while, you want to delete them. This will decrement the reference count for every disk block (both directory and file) used by the snapshot. Blocks that are no longer referenced (by the active directory or another snapshot) will be freed up and will be available for new data.

Snapshots are typically deleted either on a schedule, or when a volume starts running out of free space. Different operating systems have different algorithms for this.

There are many different ways to present snapshots to users.

One way is to present a GUI (like Time Machine) where you can open a folder and then view it as it was at different points in time.

What are the benefits of snapshots and related technologies? There are a few:

Josh - can you write something about what are APFS snapshots and their benefits please?

Howard’s a great guy! Jeff Carlson wrote about snapshots a few years back, and we linked that in the ExtraBIT. 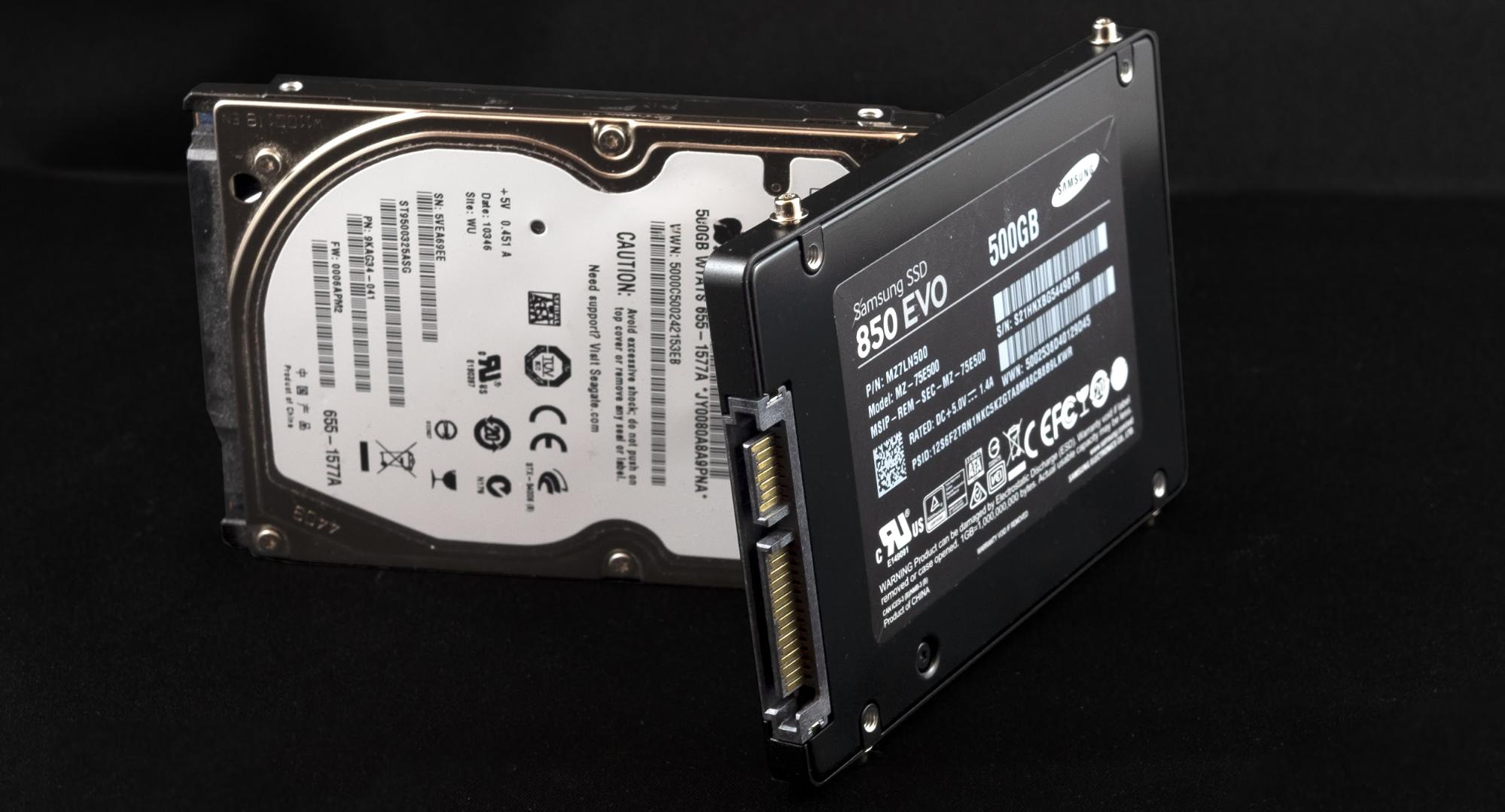 What APFS Does for You, and What You Can Do with APFS - TidBITS

macOS High Sierra switched to APFS (Apple File System) for Macs with solid-state storage, but what does it do? Jeff Carlson explains why Apple made the change, how APFS works, and what it can do for you.

A quick question regarding APFS file duplicating as described above.

I’ve been known to duplicate a file as a starting point for major changes to a document - say a book in InDesign where I may want to reuse the layout. Given an APFS ‘duplicate’ is still referencing the original file, does that mean the new file is hosed if the original file gets corrupted?

IOW, Book A is duplicated and renamed Book B. Some changes are made to Book B. Book A gets corrupted so is Book B now also corrupt?

Or are there sufficient protections in APFS for this not to occur?

This depends on the app’s behavior and what kind of corruption you’re talking about.

Some apps save changes by only writing the parts of the file that changed. Database-like files (especially ones where the content may be too big to fit in memory all at once) tend to work that way, with the app reading and writing only the parts that you are working with. For those apps, the working file and the duplicate will share the blocks that have no changes, but will have different blocks where they have changed.

Other apps (especially those that store your entire document in memory while you’re working, or that use compressed/encrypted file formats) overwrite the entire file whenever you click Save. For these apps, once you save changes to it, the working file and the duplicate will have separate sets of blocks, because everything got replaced during the save operation.

Regarding corruption, if it is caused by a bug in your apps writing bad data to the file, that won’t break the original. The OS will use copy-on-write so the new (bad) data will be written to separate blocks.

If, however, the corruption is caused by a bug in the APFS file system software itself or a hardware failure on your storage device, and that causes a shared block to get corrupted, then it will affect both files.

But I don’t think this should be an area of concern, beyond the concern we (should) always have. If there is a bug in the file system software or if you have a hardware failure, then there is potential for much more catastrophic failures - including loss of all your files on the device. Which is why it is still (and always will be) important to make backups to physically separate storage devices (e.g. Time Machine, clones, cloud-based backups, etc.) in addition to making local duplicates of files.

One additional point, just for clarification.

It’s not like a version control system where an original file is stored along with a list of differences that are applied to it in order to construct a later version (e.g. as is done in many photo-management apps). With a system like that, corruption to the original would result in corruption to all the subsequent versions.

But with APFS file duplication, there is no chain of diffs. There are simply two files that happen to share common disk blocks for the content that has not yet been modified.

Are all the files in all Snapshots backed up with, say, CCC backups? Or just whatever is considered the current visible files? I’m seeing more rapid than usual growth in the size of CCC sparsebundles, and didn’t want to waste time investigating if this was natural growth due to snapshots.

And on a related note, is is worth deleting old snapshots so that free disk space doesn’t get used up to the point that it causes other problems? (Like installation issues, for example). Or is deleting them even possible? I see Disk First Aid spending a lot of time checking snapshots.

CCC does not clone your snapshots. Each time it runs, it backs up those files (from the working file system) that changed since the previous backup.

I assume that when you say “CCC sparsebundles” that you are backing up to a disk image on a remote server. This image will grow as needed to accommodate its contents.

CCC can be configured to create snapshots on an APFS destination volume. It will use them to preserve the state of prior backups (so you can view the results of any backup made to the device). It will auto-remove the oldest snapshots (only the ones it creates) when the destination volume fills up, in order to create enough free space for new backups.

CCC can also use its legacy “Safety Net” feature (a root-level directory containing old versions of files) on the destination instead of snapshots. When it is used, CCC will purge the Safety Net of the oldest files when space runs out on the destination volume.

Either way, if the destination is a disk image, CCC’s retention logic will delete old Safety Net files/snapshots only when the image’s free space gets too low. This will depend on how the image was created.

Regarding snapshots in general…

Snapshots that are automatically created by macOS (e.g. Time Machine on an APFS destination and TM’s local backups) will be automatically deleted, either on a schedule or when needed to create free space. They shouldn’t cause storage problems.

Snapshots that are created by other software are not (as far as I know) automatically deleted by macOS, but they should be deleted by the app that created them. For example, CCC auto-deletes its snapshots according to its (configurable) retention policy.

In Monterey, the new Disk Utility update should let you manually delete snapshots. On prior versions of macOS, Disk Utility did not have this support, but you could do it with command-line tools or third-party GUI tools (including CCC).

Disk First Aid should inspect the snapshots. And they will take a while, because each one is a full copy of the volume’s directory tree. If your volume has 100 snapshots, then the time spent inspecting snapshots will be 100x the time spent on the active directory. It’s not a bug, but the way such a tool has to work.